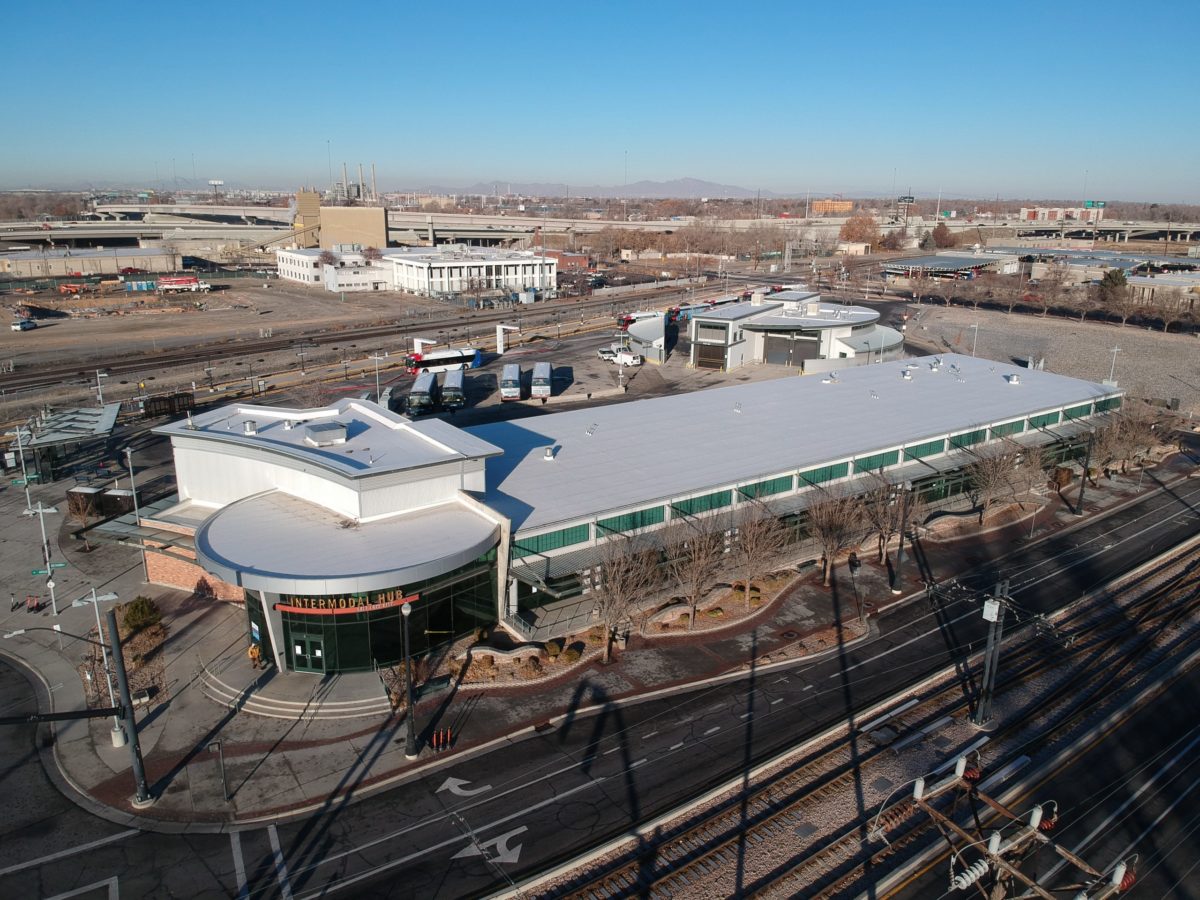 Utah Transit Authority has initiated procurement for its new headquarters building at 600 West and 300 South in Salt Lake City’s Depot District. The office tower will be mixed-use, and aim to provide FrontRunner, Trax, and bus passengers with a better experience and greater level of service than they are currently accustomed to at Salt Lake Central station.

Not known for its placemaking prowess, the agency is effectively doubling down on its disastrous urban design decision in the 1990s to locate the station at 600 West, instead of using one of the historic train depots in the vicinity.

Whether new transit accommodations at the ground floor of the new office tower can provide a real value-add for riders, the surrounding blocks, the city and region will be seen. What is clear is that UTA is not waiting for any of the pieces of Rio Grande Plan to fall into place before the agency moves forward with its properties in the area.

The Rio Grande proposal aims not only to relocate the transit hub to the old station at 300 South and 450 West, but open up hundreds of acres for development in the immediate area with the removal of Union Pacific rail yards, crossings, and multiple Interstate ramps.

We can discern from UTA’s procurement memo the outlines of their intentions for the site. What might be the implications for the immediate area as well as the city-building aspirations of the Rio Grande Plan?

In its two RFQs currently on the street, UTA is looking for pre-construction development expertise and real estate advisory services. The project is described as a “mixed-use tower that incorporates transit passenger amenities and retail space on the ground floor and UTA’s headquarter offices above, with commercial or other private uses in the remainder of the tower.”

The building was outlined in the Salt Lake Central station area plan completed in 2019, a collaboration with the city’s Redevelopment Agency.

Paul Drake, the director of UTA’s real estate and transit-oriented development division – recently re-branded Transit-Oriented Communities – told us that his group will be leading the entire project, including the bus terminal redesign portion.

This might spell hope for the new transit hub, as it’s painfully obvious that most of the transit agency’s stations are engineered but not designed.

Instead of interesting and inviting places to be, UTA has been expert in creating stark, vapid spaces that detract from the rider experience, the reputation of the agency, and the standing of public transit in the state.

Implications for the immediate area

Drake, an urban designer before earning a development degree, seems to understand that. Yet he can only play the cards he holds. The hand dealt on the 600 West location of UTA’s “Central Station” isn’t a great one. It’s a transportation nexus that continues to fail from rider convenience, city-building and urban design perspectives.

The location’s challenges are manifold. It’s over a half mile from Main St. It’s blocked on the west by Interstate 15, and frequent trains on Union Pacific tracks to the north and west impede the traffic flow. (The Rio Grande Plan, by the way, consolidates and undergrounds those tracks, removing nearly all at-grade train crossings between South Temple and 900 South).

At 600 West and 300 South, it’s very much still to be determined whether SLCentral, along with the RDA’s Station Center, can become the center of anything.

Except, of course, the center of UTA’s universe – its new administration building.

The agency contends it needs to leave its current “Frontlines” headquarters building at 669 West 200 South due to its seismic weakness. The cost to retrofit the structure to guard against loss of life in a major earthquake came in at tens of millions of dollars, an amount unacceptably high, Drake told us.

UTA bus operations currently enjoys the use of 11 bus parking stalls at the facility, by BSL’s count, which will be replaced and expanded in the rebuild. UTA Operations department has been central to the planning up to this point, Drake said. Anticipating growth, they have insisted on an increased number of bus staging stalls in the new digs.

The new bus facility and transit hub, at the ground floor of the new mixed-use office building, will replace the extant “Intermodal Hub,” designed to mimic the warehouse structures that formerly fronted 600 West. It currently hosts Greyhound and was built with the hope to accommodate retail spaces (which failed) and also Amtrak, which has instead used a modular one-story structure next door to the south as its depot for decades.

Greyhound’s new owner, Flixbus, has a business model that eschews the traditional “bus station” and related infrastructure. Instead, passengers board at curbside pickups. In the acquisition deal, Flixbus did not collect any of Greyhound’s real estate holdings.

In Salt Lake City, Greyhound rents its space from UTA, a lease which will likely expire soon. It will mark the end of an era of American intercity bus travel that included a public place – the bus station.

In our interview, Drake expressed enthusiasm for the city’s Station Center development, which is currently proposed with a U. of Utah’s Health Sciences research campus in the mix.

The area is still short of a development-momentum tipping point, which has to worry UTA a bit, as they will be owners needing to lease multiple commercial and office units in the new structure.

Yet it does just seem like a matter of time before the blocks surrounding the site are completely transformed from vacant lots to multi-level structures.

Proposals to increase height limits, as well as update urban design standards, are in the works at city hall. Will city leaders vote for raising building heights near or equal to D-1 in the Depot District? Given that it’s the most transit-rich neighborhood in the state, and the likely lack of NIMBY resistance, they just might.

Implications for the Rio Grande Plan

When we reached out to one of the authors of the Rio Grande Plan, they had doubts.

Christian Lenhart, co-author of the plan and an engineer with experience in rail and Interstate projects, responded “UTA’s building might be nice, and adequate by some measures, but nothing can be as impactful for the city or region as a restored train depot with walkable access to Downtown.”

Lenhart expressed disappointment with UTA’s lack of interest in the Rio Grande Plan, despite the “fact that it addresses every issue UTA is attempting to solve with their own improvement plan, and it solves multiple other deeper issues that would continue to undercut the efficacy and utility of public transportation in Salt Lake City.”

“In reality, it is doubtful that UTA can ever build something as magnificent for Salt Lake City as the Rio Grande Depot,” he told us. “Even the most modern and spacious transit center would be sterile and generic in comparison.”