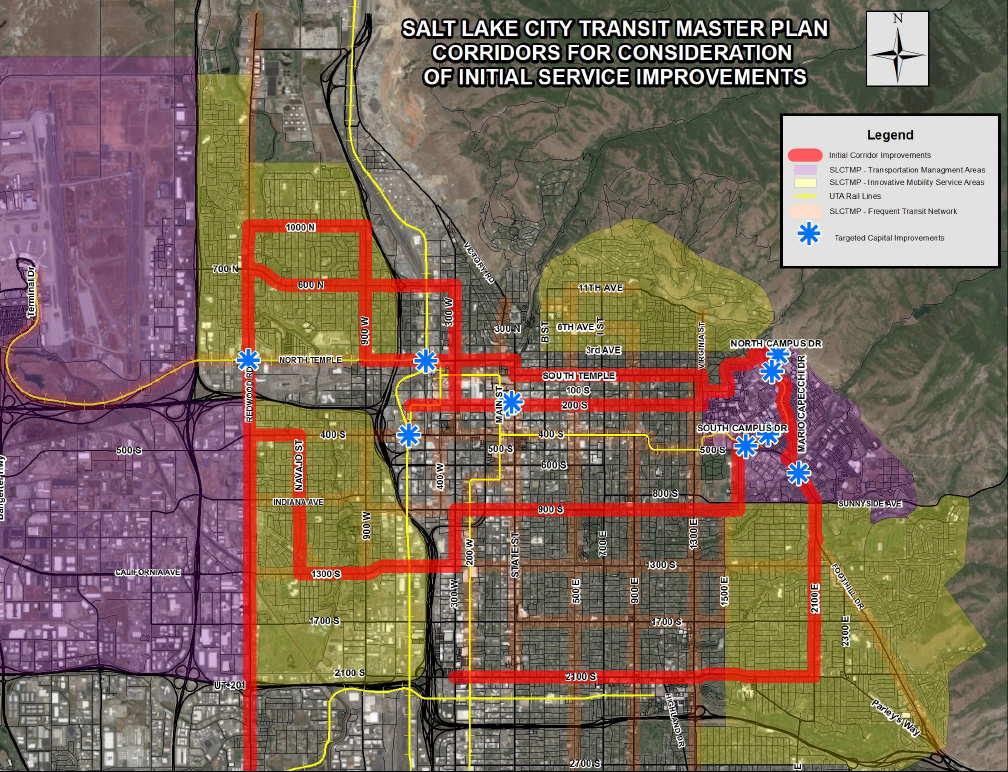 There was little debate on the need for additional revenue as the Salt Lake City Council unanimously approved a 0.5 percent sales tax increase during Tuesday’s council meeting.  But despite the unanimous vote, over the next six weeks council members will finalize just how that additional revenue should be spent to meet the needs of a growing city and fulfill the goals of two recently adopted master plans.

“There has been no disputing the fact that we need this additional revenue,” said Councilmember Charlie Luke. “The items that we’ve talked about streets, public safety, housing and transit are all items that need to be funded.”

Tuesday’s vote came a day after Salt Lake City Mayor Jackie Biskupski released her budget recommendations for the next fiscal year.  Luke expressed concerns about some of those recommendations, including a significant reduction in the amount of proposed new police officers from what the council had previously requested.

The sale tax increase, part of the Funding our Future capital campaign, will add 5 cents to a $10 purchase and will exclude groceries and high-price-tag purchases like vehicles.  In general, both the council and the mayor agree on the four items Luke cited as priorities for additional revenue, but exactly how much should go where is still very much up for debate as the council has until the end of June to finalize its budget for the 2018-2019 fiscal year.

“We don’t take this sales tax increase lightly; we recognize what we are asking of our residents,” said Council Chair, Erin Mendenhall.  “This is a plan for growth that will change life in Salt Lake City.”

According to the mayor’s office, Salt Lake City is expected to generate $275.5 million in revenue for the 2019 fiscal year general fund, a one percent growth from the fiscal year 2018.

Even without the tax increase, the city’s current projected revenue will fund current city programs like Operation Rio Grande, homeless services and the general maintenance and repair of city infrastructure.  Under current projections, the mayor’s office also proposes a three percent salary adjustment for city employees.

In addition to the sales tax increase, under the Funding out Future proposal residents will decide in November whether to renew a general bond obligation that would fund specific infrastructure projects.

“The Funding our Future proposal recognizes the values of our residents and is an opportunity for the Capital City to control its own destiny,” said Mayor Biskupski in a statement. “The funding option addresses the issues of affordable housing, transit, neighborhood safety, street repairs and clean air.”

City officials estimate that the sales tax increase will generate $33 million in yearly revenue.  The initial estimate of $25 million for the next fiscal year is due to that fact that the increase won’t go into effect until October.  Mayor Biskupksi’s budget recommendations for the additional revenue include:

For most council members the sales tax increase is an opportunity to implement the city’s Transit Master Plan and Growing SLC Housing Plan.  Council members debated Tuesday, which transit routes should be expanded with the new tax revenue.  Transportation staff presented the council with several different potential route expansions and their associated costs.  Council members will decide which routes to expand when they adopt a final budget for the next fiscal year.

“It is not often that a city council approves master plans and has the opportunity with new revenue to actually begin to implement those things,” said Mendenhall.

The Mayor’s full budget proposal will be posted at www.slcgov.com/budget.