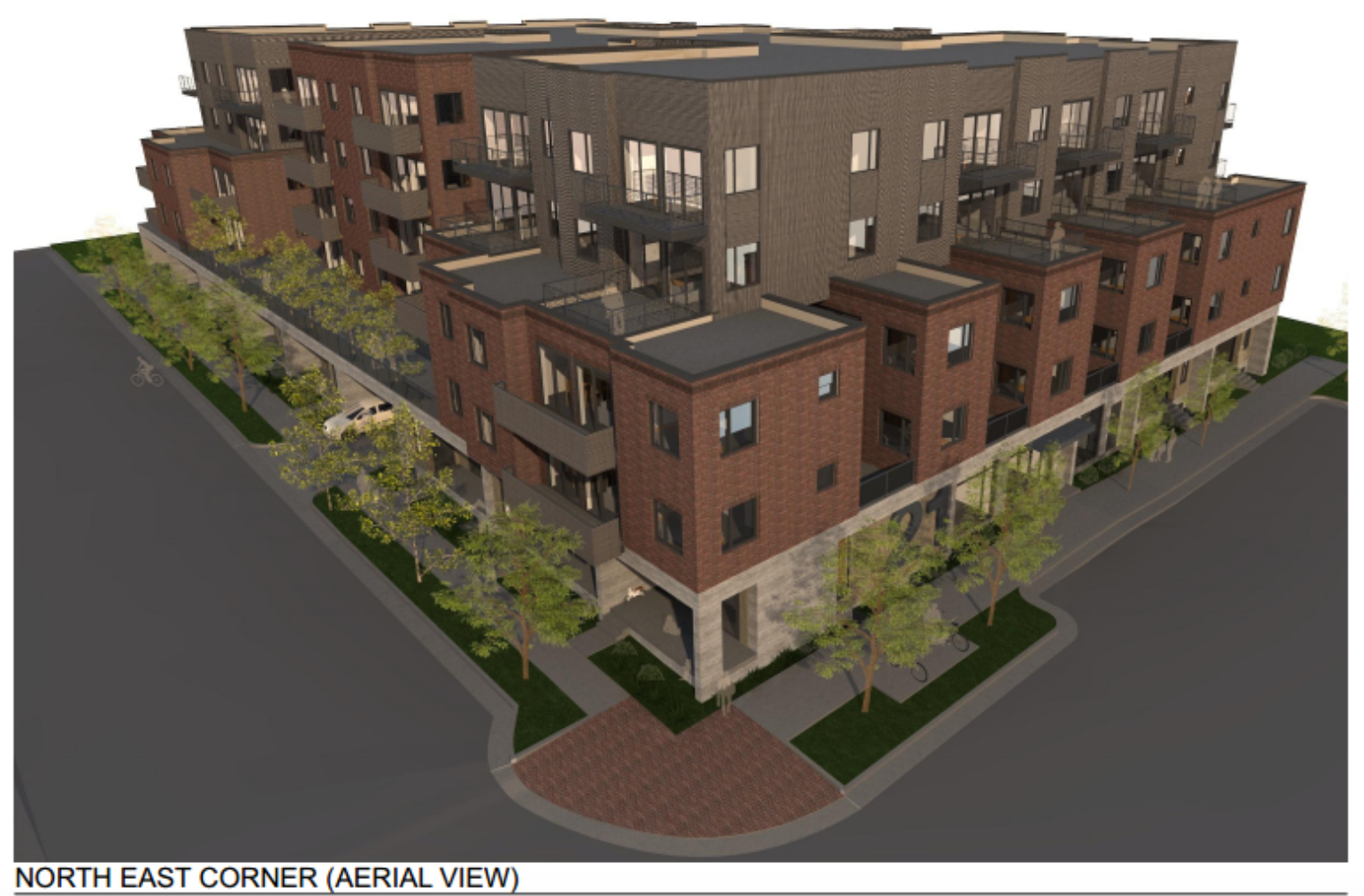 The project is by Gardiner Properties and will be their third development in the Sugar House Business District (Gardiner also developed the Sugar House Apartments and the Urbana On Eleventh) and will replace the Subway and the Utah Idaho Supply Map World at the 100o East and 2100 South intersection.

“There is tremendous demand for this type of housing,” said John Gardiner, of Gardiner Properties. “The redevelopment of Sugar House has gone terrific there is so much more than there used to be.”

The project includes four wood-framed floors above a one-floor podium and the units will be a mix of studios and one and two bedroom apartments, making up 9.5 percent, 64.3 percent and 26.2 percent respectively.  The ground floor will include parking with 135 stalls nine walk up two-bedroom units.

Developers needed to go through the CBSDR because of the size of the project and a request for a waiver for the public space requirement.  The building will be 165,425 gross square feet and 60 feet with setbacks at the 30 foot mark.  Developers requested the public space waiver arguing that the area has ample open space and the lot isn’t large enough to accommodate both the project and public space.  The developers also referenced, the adjacent Liberty Village apartments that are larger in size than the Urbana 21 and received a waiver from the Planning Commission in 2013.

Several residents argued against more apartments or buildings in the neighborhood that create large walls along 2100 South and hurt walkability.  Several commission members and residents questioned why retail wasn’t included on the ground floor.

“Mr. Gardiner builds nice projects… but at the same time we just aren’t excited about it… we are getting so many of these big buildings.. there is nothing interesting about this project,” said Judi Short, the land use chair for the Sugar House Community Council.

The developers argued that the area has sufficient retail and that the walkups will add vibrancy along 2100 South and 1000 East.