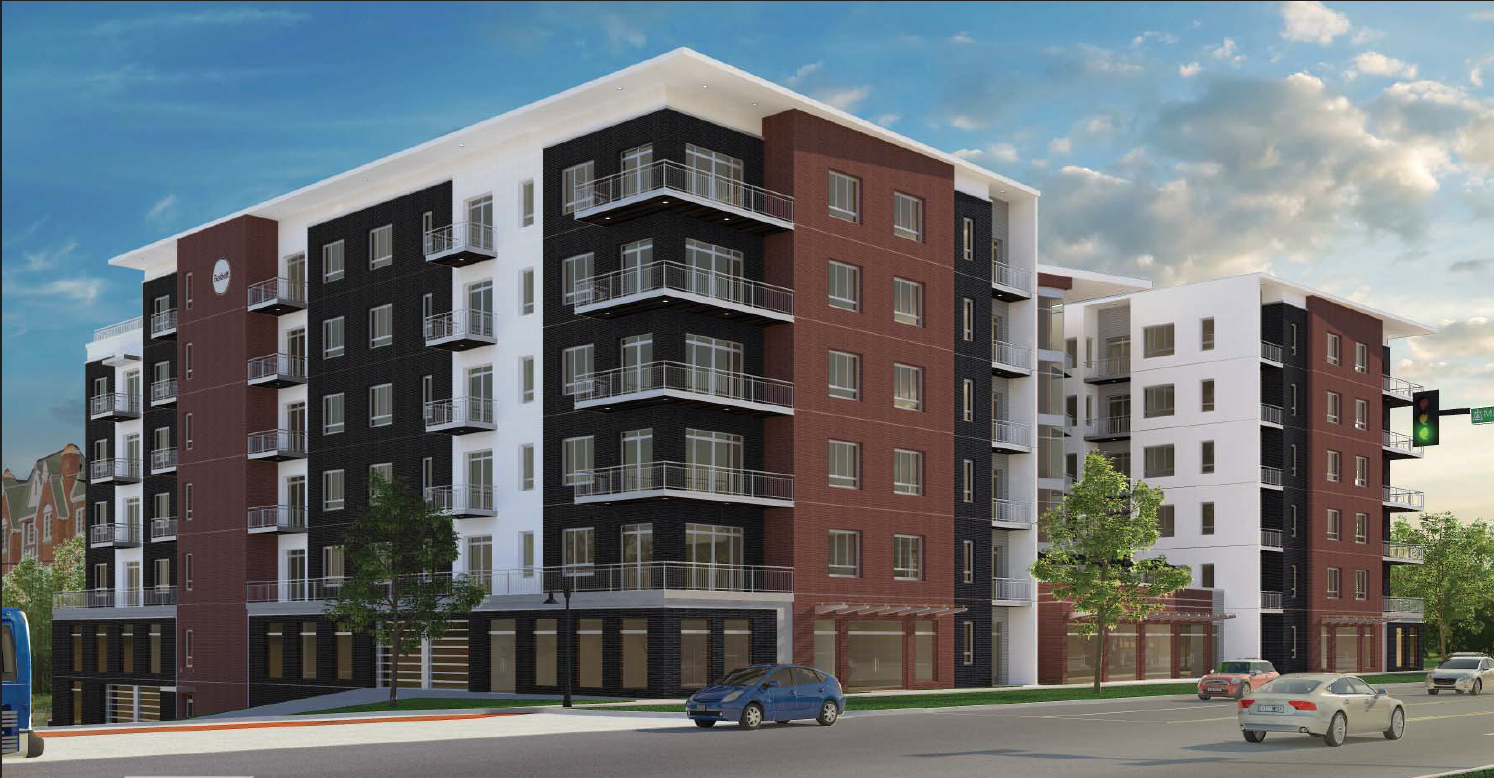 Dirt is finally moving at the site of the future Hardison apartments.  Preliminary construction began last week on the seven-story, 138-unit residential development.  The has project spent nearly three years in development and went before Salt Lake’s Historic Landmark Commission five times before moving forward with its current design.

The Hardison, by Garbett Homes, replaces a long-vacant lot at the southwest corner of the South Temple and 500 East intersection.  The project will consist of five wood-framed floors above a two-story concrete podium.  Crews appear to have begun digging for the podium and utility infrastructure.

The residential apartments will have a unit mix of 29 studios, 66 one-bedroom and 40 two-bedroom apartments.  The project will also include three live/work units that will be large enough to accommodate commercial uses at 3,877 square feet each.  In addition to the live/work units, the ground floor will also house the fitness center, residential lobby and leasing office.

The Hardison went through at least three different design proposals before the developers decided to move forward with the current design.  Between December 2015 and April 2016 the project went from seven stories with over 180 residential units to five stories with 77 units.

The Hardison is one of two large residential projects planned for the area surrounding 500 East and South Temple.

The commercial arm of Ivory Homes plans to build 508 South Temple directly east of the Hardison.  The Ivory Home’s project will consist of a five-story new construction residential tower above a parking garage and the adaptive reuse of the four-story medical building that occupies the southeast corner of the intersection.  The new tower will have 73 units and the medical building will have 39 units.  The unit mix will be one penthouse suite, 12 studio, 68 one-bedroom, 24 two-bedroom and seven three-bedroom apartments.