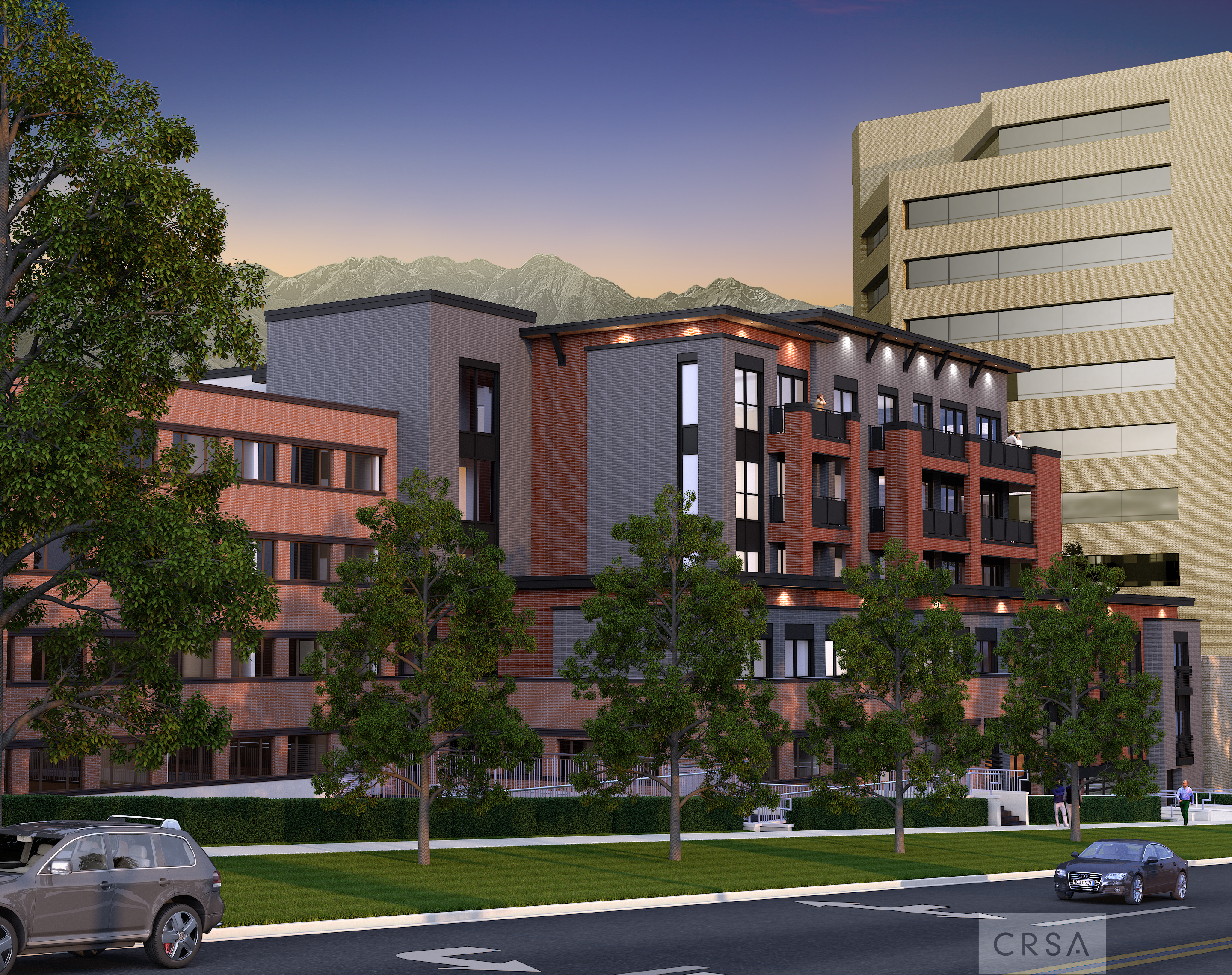 A former medical clinic will find a new use as the Historic Landmark Commission unanimously approved a new construction and demolition request for the 508 South Temple residential development, proposed for the southeast corner of the 500 East and South Temple intersection.

The project, by Ivory Homes subsidiary ICO (Ivory Commercial and Multifamily), includes a five-story new construction residential tower above a parking garage and the adaptive reuse of the four-story medical building.  The new tower will have 73 units and the medical building will have 39 units.  The unit mix will be one penthouse suite, 12 studio, 68 one-bedroom, 24 two-bedroom and seven three-bedroom apartments.

“One of the focuses of this project was the streetscape on 500 East,” said Wally Cooper one fo the project’s architects with CRSA architects.

The project’s residential amenities will be at the ground level and will include a fitness center, community room and outdoor pool/spa area.  The pool will be placed to the west of the of the medical building on 500 East and will replace a courtyard.  Fencing and landscaping will block views of the pool from the street.  According to the project’s architects, the pool is on the street side instead of inside the block because of protests from residents of the adjacent Governors Plaza condo tower that were concerned about noise levels.

The bulk of the 500 East facade will be clad in mostly brick with the east and south facades clad in stucco.  There will be a small entrance on 500 East, but the project will retain the medical building’s current main entrance at the building’s northwest corner on South Temple.

Thursday’s HLC meeting was the second time in two years that the developers went before the commission for new construction approvals.  In April 2016, the HLC approved a demolition request for the parking garage and the adaptive reuse of the medical building but tabled a new construction request over height concerns.  The developers originally wanted to build a nine-story residential tower with 139 units.

The parking garage was built in 1957 but is not considered a contributing structure to the historic district.  The project abuts both the Central City and South Temple Historic Districts.

The Medical Dental Building was built around 1950 and is a contributing structure in the historic district.  When it opened in 1951, the 50,000 square foot building housed 70 medical and dental professionals in 65 suites.

The developers will need to return to the HLC for alteration approvals for the adaptive reuse of the medical building.