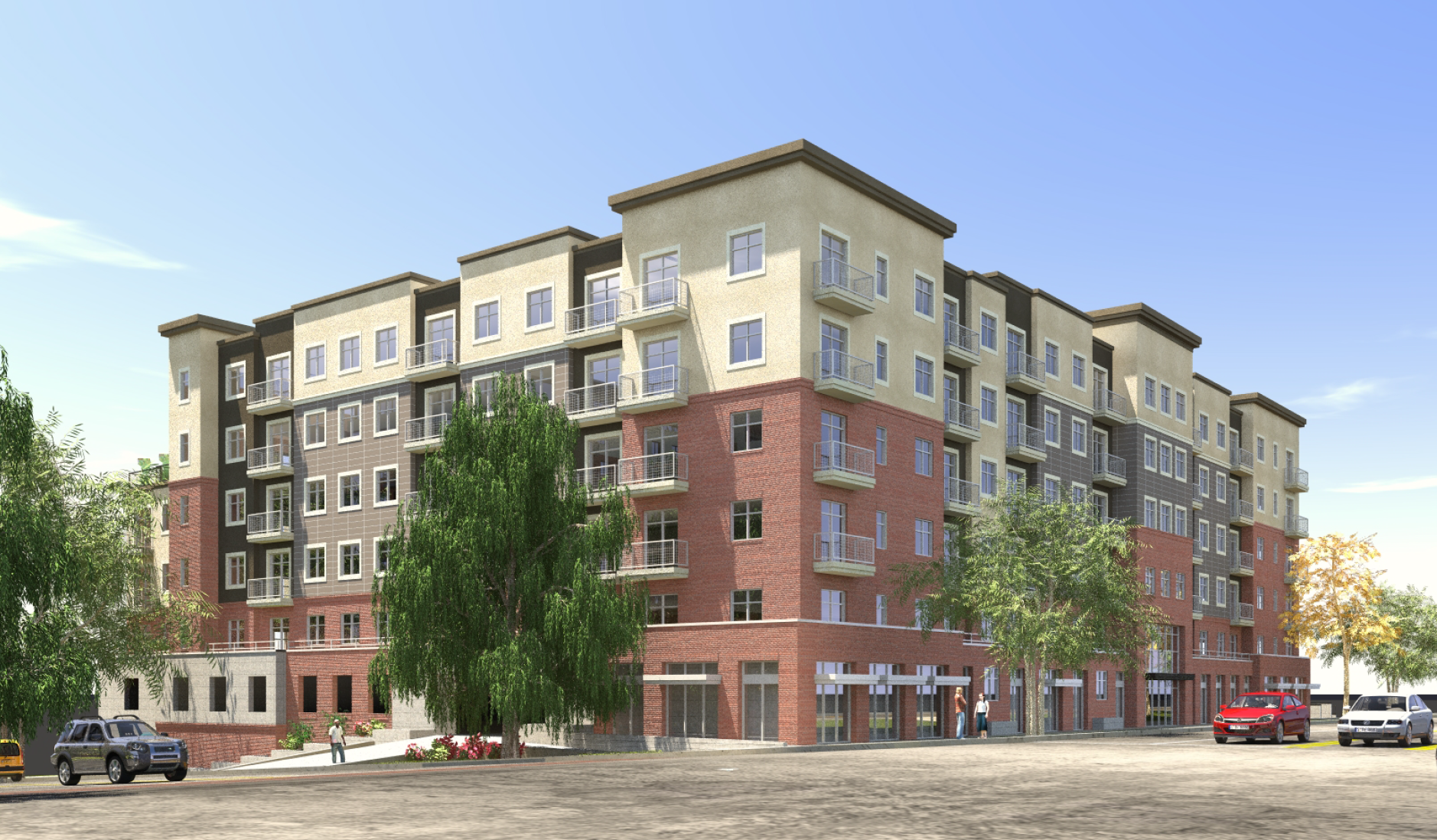 South Temple residents will have another opportunity to comment on a proposed mixed-use residential project.  The proposed development will again go before the Historic Landmark Commission after the project was tabled to a future meeting at the commission’s December 3rd meeting.

Garbett Home is proposing to build the Hardison, a 147,000 square foot, six-story development at the intersection of 500 East and South Temple.  The project needs approval from the Historic Landmark Commission because the proposed location is in the South Temple Local Historic District, the stretch of South Temple between 300 East and University Avenue.

The plans include five floors of residential units, 176 units in all.  According to the developers, the project will include 39 studio units, 113 one-bedroom and 24 two-bedroom units.

According to city planning documents, Carl Leith, a senior planner for the city, recommended the project be tabled to a future meeting so that the developers could address issues identified by the planning department.

Height and ground floor use on 500 East were two of the issues identified by city planning.  The project is zoned R-MU, residential mixed-use, which allows for a maximum height of 75 feet.  The project is on a slope, because the building has uniform height throughout, the south end of the building reaches a height of 82 feet from ground level.  City planners recommend the developers incorporate varying heights and scales on an updated design.

Planners identified ground floor parking along 500 East as an issue needing to be resolved.  Parking access is proposed on 500 East.  While there will be active ground uses along South Temple, on 500 East pedestrians will be greeted with a parking podium.   City planners recommended more active uses along 500 East.

The project will include a courtyard on the second level and a rooftop terrace on the fourth floor.  As currently planned both amenities will be located at the project’s center with off-street residential units fronting the open space.  Planners suggest the developers have these amenities front the street level to reduce the building’s scale and make the project more visually accessible.

Developers will go before the Historic Landmark Commission early next year.