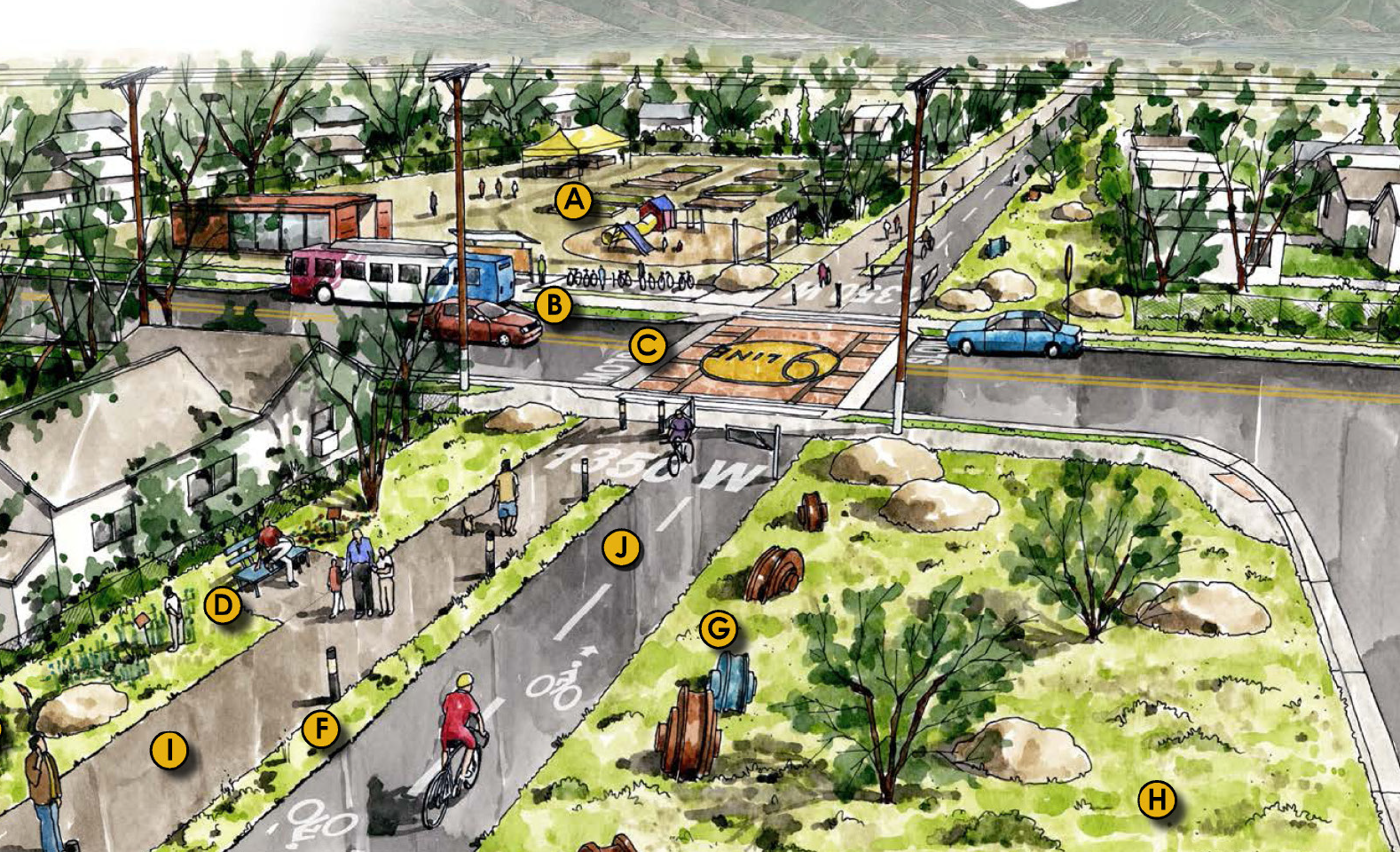 Salt Lake City’s west side has seen nearly 10 years of the North Temple project area. As the transformation of that corridor gains real momentum, the city’s Redevelopment Agency has started the wheels turning on its second west side TIF collection zone.

The 9-Line Project Area – which splashes outwards from the axes of 900 South and 900 West, from I-15 on the east to west of Redwood Rd – got some early investment juice this year from the RDA Board (the City Council) to jumpstart projects before the area’s tax increment starts flowing.

At their final meeting of the year, the Board approved several staff proposals to spend those funds. They show both the nature of current opportunities and the Agency’s early intentions on the west side.

And the early funding goes to…

A “node” for redevelopment

A former gas and service station at 877 West 400 South attracted the RDA’s eye, which paid $900,000 for the .32 acres last July, according to the RDA project managers who presented to the Board.

The parcel at the southeastern corner of 900 W and 400 S is identified in the Westside Master Plan as a “community node,” and was rezoned recently, by the city, to R-MU Residential Mixed Use.

The southeast corner of 400 S and 900 W. Currently a commissary kitchen used by food trucks, the city’s RDA sees it as a key location in the developing west side. Images courtesy SLC RDA and Google.

RDA staff told the Board that they will likely seek a mixed-use development with retail on the bottom floor and housing above.

Their immediate request was for $18,000 for the City’s share of initial environmental remediation costs on the site. The RDA negotiated a 50-50 split in cleanup costs with the seller – the first step is sampling to see the extent of intervention needed.

Currently the building on the property serves as a commissary kitchen for food trucks, a use the city has committed to continuing before it redevelops the property, noted District 2 Council Member Dennis Faris at his last Council meeting.

Midblock pedestrian crossing on 900 South just west of I-15

One of the great successes along the new 9-Line trail has been the area just west of the huge I-15 overpasses, where the city turned its ownership of the former rail right-of-way into not only an off-street path but a large community garden and a “pump track” of bike jumps.

Across the street, to the north, developers are completing the first phase of an adaptive reuse project, the West End. They were the first recipients of a loan in the new project area.

Tom Millar, a project manager of the 900 South reconstruction (from 900 W to 945 E), told the Board that the original design on “most blocks” included mid-block crossings. Due to the rise in construction costs, “we’ve been forced to reduce most of  them.”

It seems a major blow for transforming 900 South into a corridor not dominated by cars. It is identified as part of the City’s “Green Loop” linear park system in the Downtown master plan, as well as a future streetcar route.

The crossing at 745 West “was still very very much desired by the developer of the West End.” The Transportation department thought of the RDA as a source of funding.

The $70,000 project will install pedestrian-activated “rectangular rapid flashing beacons,” and a new median/pedestrian refuge. The crosswalk will be brick patterned concrete.

The RDA Board approved both spending proposals in a straw poll.

Bidding on the crosswalk will go out in early 2022, and construction is unlikely until early 2023.

Editor’s note: An earlier version of this post mistakenly omitted the North Temple project area from inclusion in the Redevelopment Agency’s activities on the city’s west side.