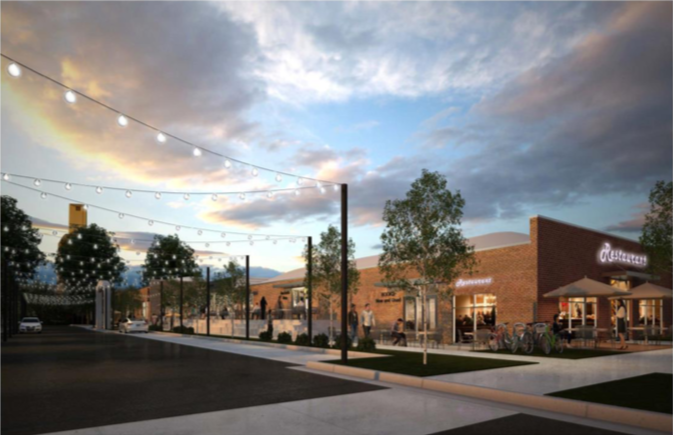 The Salt Lake City RDA Board agreed this month to be the primary lender in an adaptive reuse project for two small warehouse buildings in one of the city’s most distressed neighborhoods.

The developer also plans to build a residential project on the vacant lots on the east side of its 1.8 acre assemblage. It will need a zoning change to do it.

The east side of Poplar Grove and Glendale, adjacent to I-15, is both graced by historical housing stock that predates the freeway and cursed by blight and lack of investment since.

The RDA and its tax-entity partners are putting the final touches on an agreement that will create a 25-year TIF project area that runs the length of the 9-Line on the West side from I-15 past Redwood Road to the Surplus Canal. It also runs north-south along 900 West.

The $3.1 million loan was enthusiastically praised by Board members as the 9-Line project area’s first loan. The area, however, hasn’t started collecting tax increment yet and the funds are coming from the Agency’s Revolving Loan Fund.

The recipient of the loan is High Boy Ventures, based in Alta, UT, and their single-purpose entity, West End LLC. The principal manager of High Boy, Maximilian Coreth, is also a founding member of Seattle-based Timberlane, who are currently completing The Morton apartment building on 200 East in Downtown Salt Lake City.

High Boy plans to transform the north structure into food and beverage spaces, envisaging a restaurant and a coffee roaster. In the southern structure, 4 small retail spaces (averaging just over 1500 SF) will be on offer.

The developers plan to take advantage of an existing north-south mid-block right-of-way on the west side of the property between 900 South and Genesse Avenue.

Phase two of the project includes a new residential building, the scale of which remains unknown. The developer has told the RDA that they plan to petition the city for a zoning change from Manufacturing M-1 to Residential Mixed-Use RMU.

Their parcel assemblage currently stands at 1.8 acres. Their neighbors on the block  to the northeast are one of the neighborhood’s unique cultural landmarks, the Summum compound and pyramid.

The project is also across the street from a segment of the 9-Line that has seen considerable attention from the city in the last several years. A bicycle pump track and a community garden anchor this segment of trail, and Utah Paperbox’s newly constructed facility abuts the 9-Line to the south.