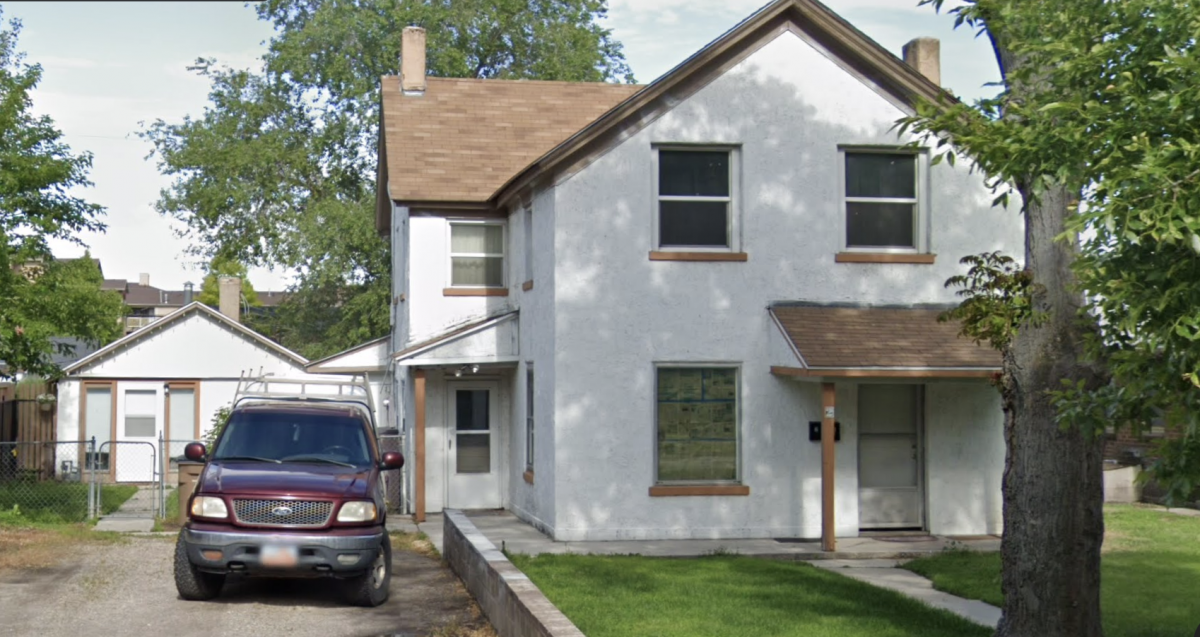 As part of an ongoing attempt to bring civic services to a troubled neighborhood, Salt Lake City and the city’s library board are making quick moves in the Ballpark. And it appears the library has stumbled in the process.

Library board officials have been talking about finding a possible home for a Ballpark library for months, and things have been moving quickly.

So quickly, in fact, that library staff apparently bought a triplex in the neighborhood before asking for approval from the City Council or library board, possibly violating state law in the process.

The library board is now trying to rectifying the issue with the City Council while simultaneously trying to quietly acquire enough land for a temporary (and possibly permanent) presence in the Ballpark neighborhood.

The situation has brought to light an awkward saga that highlights just how much pressure the city faces to improve the Ballpark neighborhood as it also tries to keep a minor league baseball team at the neighborhood’s namesake baseball stadium.

The library board held a special meeting on Oct. 26 with just one agenda item: discuss a property it’s under contract to buy.

That sort of topic is typically handled in a session that’s closed to the public until the deal itself closes, and the board did hold a private discussion to cover some of the details.

But information shared by members of the board after the meeting was re-opened, as well as empirical information about the neighborhood, provide some insights on where a future library will go.

The library board is already under contract on a property for $650,000, staff and board members said at the Oct. 26 meeting.

That property went under contract without following the state’s laws around receiving City Council approval before buying property, according to a council staff report for Tuesday’s council work session.

So the council met on Tuesday for the first hearing of a budget amendment the library board requested. But rather than making an adjustment to cover that $650,000, the council is considering an amendment for $1.3 million.

The higher cost is due to the fact that the library is now hoping to buy a second property adjacent to the one it’s already under contract on, board members said at a recent meeting.

Library staff identified a second property that would give it two parcels forming a corner lot where a library could be built. If the board eventually moved to build a new branch on the site, it would have more space to do it.

If plans for a new library in the neighborhood somehow fell through, the board would have a much more valuable, buildable lot to sell. If it wants to move ahead with a new building, it would now control a more attractive and larger corner lot, as long as the council agrees.

The only remaining question is where, and we have some solid clues that point to one address.

A library on West Temple?

A triplex at 1410 S. West Temple is under contract but accepting backup offers. Its listing price was $650,000, the amount the board has already said it’s under contract for.

The home has been listed for 46 days, according to the listing. That would mean it was listed on Oct. 8, about two weeks before the board held a special meeting to move forward with its request to the City Council to ask to pay for at least one property in the neighborhood.

Immediately next to that property is a duplex that isn’t listed for sale. Both properties are being surrounded by high-density housing that will continue under the recently adopted master plan for the neighborhood.

If the owner of the duplex was interested in the sale, the library and City Council are readying the ammunition needed to pick it up.

“I think approving the $1.3 million gives the staff the flexibility to maximize the opportunities of being able to move when it’s propitious,” board member David Wirthlin said on Oct. 26. “But it also gives them, the staff, the chance to come back and follow the approval process, which would be to ask the board for approval to expend the additional money for the duplex.”

One board member was concerned that the board was moving too quickly and voiced concerns about possible gentrification from the addition of a new library.

Plans, after all, could fall through.

Wirthlin countered that the library board would at that point own a highly desirable pair of properties, compared to just selling a triplex.

Based on those comments, it seems likely the library is under contract to buy the property at 1410 S. West Temple, and that it hopes Council will approve the purchase of the adjacent property at 109 W 1400 S.

A West Temple location would fit the city’s desire to turn West Temple into a street that’s publicly active whether there’s a baseball game or not.

It would also put the library in the center of what is already becoming an area filled with dense housing but few community services.

The city’s recently adopted Ballpark Station Area Plan calls for more community spaces, including a library, near the Trax stop on 1300 South.

The library board sets the policy for the branches in the city’s system. The council is in charge with raising the property taxes and approving funding to carry out that policy.

During the special meeting on Oct. 26, when the library board agreed to ask the council for money to buy property for a Ballpark library, the board made an announcement.

In addition to rectifying the problem with buying the first property, the board would ask the council for enough money to buy a second property if it became available.

That was a change from the board’s original plans of leasing a temporary space in the neighborhood. But the library has quickly changed course and is moving to buy, instead.

That’s why the City Council is considering a $1.3 million budget amendment, rather than a $650,000 amendment.

The City Council held a first work session on the matter Tuesday. Things seemed awkward given the council’s apparent desire to keep the property negotiation private while letting library officials know they need to follow state law around the acquisition of property.

“The property purchase contract was signed prematurely. Neither the library board nor the council had authorized it,” a planner said.

Council members probed library staff while also keeping details light, given everyone was walking the line of discussing the purchase of a private property for a public good in a private setting.

“We had some missteps, it complicated life for all of us, across the board,” Councilman Dan Dugan said Tuesday. “We need to move forward also and not repeat ourselves.”

The council will move toward a possible action in December on the $1.3 million budget amendment. But what wasn’t said at the meeting on Tuesday is that appropriation actually gives the library board enough money to buy two properties.