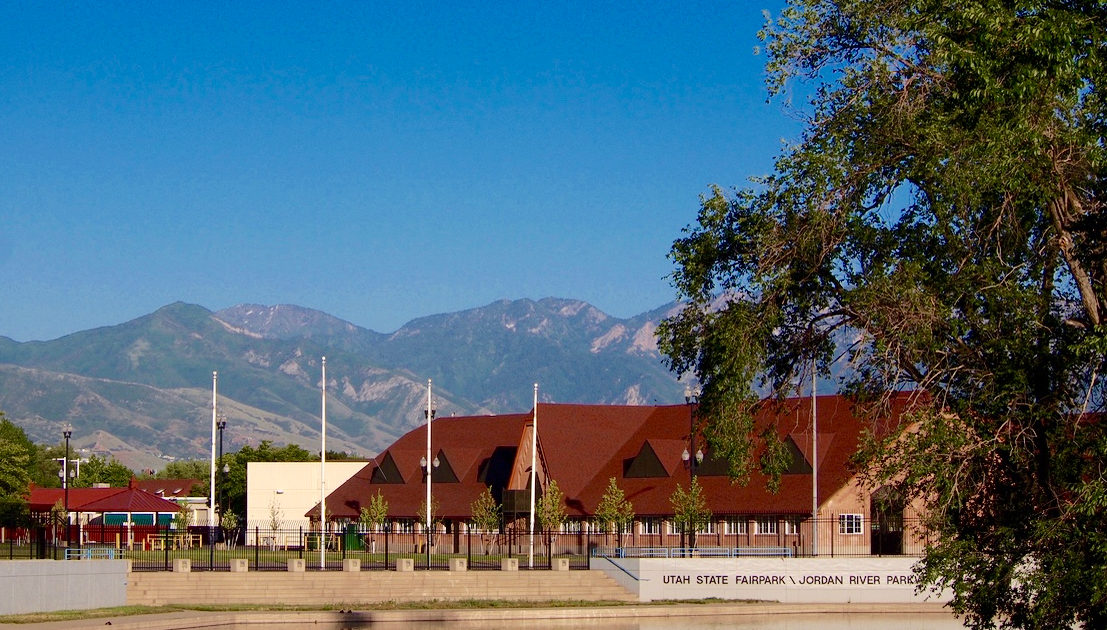 After years of uncertainty, the Utah State Fairpark appears to be staying put in it’s west Salt Lake location.  The Legislature approved an additional $10 million needed to fund construction of a $17 million, 10,000 seat arena at the Fairpark on North Temple and 1000 West.

The new arena is welcomed news for the residents of the neighborhood that have fought for years to keep the Fairpark in its current home, even as several state leaders seemed intent on moving the park elsewhere.

“It (the Fairpark) is the namesake of our community. It has been a top issue among residents,” said Bryce Garner, Chair of the Fairpark Community Council. “People have a vested interest in keeping it here for the foreseeable future.”

The new arena will be funded by several of the park’s stakeholders including: $10 million in state funding, approved in HB 3002, $1 million from private donors and $3 million from Salt Lake City and County.  The LDS Church will contribute $3 million with the expectation that the arena will be used for the Days of ’47 Rodeo. The new arena is expected to be completed by summer 2017.

Debates over the Utah State Fair Corporation’s lease with the State of Utah, which expires in 2017, left the future of the Fairpark uncertain. In 2010, the corporation’s Board of Directors began pressing the Governor Gary Herbert to renew the lease, but in the six years since, the governor has yet to do so.

Last year, uncertainty over future of the historic Fairpark led Real Salt Lake owner Dell Loy Hansen to retract an offer to build an 8,000 seat soccer stadium at the Fairpark for his recently-formed minor league soccer team, the Monarchs.  Hansen, who would financed construction himself, was deterred by the 2015 Legislature’s reluctance to renew the Fairpark’s lease.

Furor over the impact of the State’ uncertainty over the future of the Fairpark led to the passage of SB173 by the 2016 Legislature.  The bill, signed into law by Governor Herbert, allows the Utah State Fair Corporation to maintain operation of the grounds without the need to renew the lease.

The bill also reorganizes the board of directors to include 12 people, appointed by a combination of state and city departments, and allows the organizers of the state fair to enter long term leases with corporate sponsors and developers, who must pay a tax equivalent payment to the Utah State Fair Corporation.

The benefits of a proposed arena is outlined Utah State Fair Corporation’s 2015 business plan.  While the new arena will be partially funded by taxpayers, it could provide the same economic benefits that stakeholder’s hoped Hansen’s stadium would have.  In addition to hosting concerts during the Utah State Fair, the arena will support large concerts, tournaments, and festivals throughout the year.

The business plan also recommends extending the Utah State Fair, the largest single event in the state, to 15-18 days over its current 11 day yearly run, and for year-round activation of the 65-acre lot in order to increase Fairpark’s revenue base.

Leaders hope the increase in revenue can be used to upgrade and maintain the Fairpark, and help pay for the millions of dollars in deferred maintenance costs. In the past, the Fairpark has had to turn down events due to lack of adequate venue space and outdated technology.

“We’re starting to see the beginnings of serious development as a result of the TRAX line,” said Garner.“ Investment is coming in, and new people are coming in.”

The Fairpark is part of the North Temple Corridor.  More than 1,000 residential units have been proposed, built, or are currently under construction along the corridor since the UTA TRAX Green Line was built in 2013.  In the future, Garner said he hopes to see more walkable communities in the neighborhood with vibrant uses, including increased retail and housing options.

“Most things that will make the area more vibrant, will be good for the community,” said Garner.