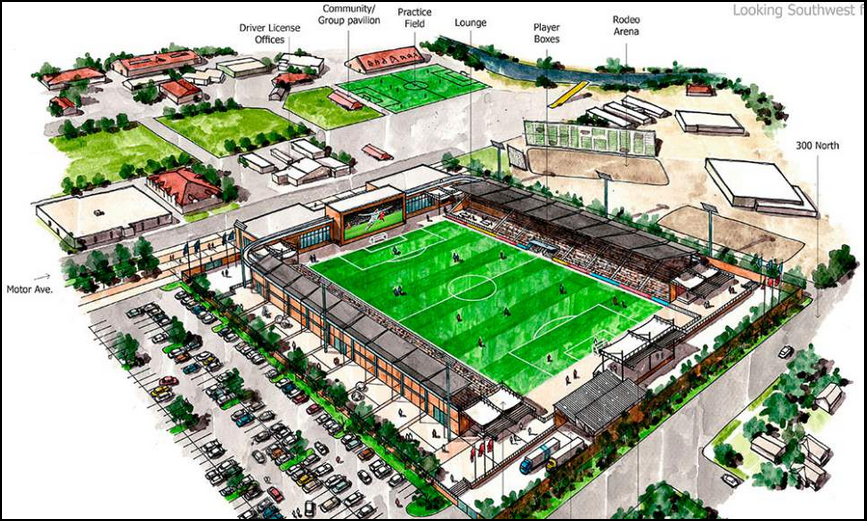 Unlike the Rio Tinto stadium, the home of  Salt Lake’s major league team (Real Salt Lake), the stadium at the Fairpark will be privately funded.  The Rio Tinto stadium received millions in tax subsidies when built in 2008.   Hansen, the team’s owner will pay for the entire cost of construction.  The Monarchs will also operate and maintain the new stadium.

In addition to the Monarchs’ games,  the stadium will potentially host concerts, a professional women’s soccer franchise, a men’s lacrosse and rugby franchises and community adult soccer games. The Utah State Fair will have use of the stadium for a three-week period every year (before, during and after) the annual Fair to hold events, including concerts and other activities.

The deal was finalized the same day as the start of the 2015 Utah legislative session.  To build the stadium, the state of Utah will need to extend the Fairpark’s lease which currently expires in 2017.  Construction of the stadium will also include an improved North Temple entrance, new signage, improved parking and enhanced landscaping.

The stadium could be the catalytic project needed to bring more development to North Temple.  A stadium would bring people into the area year around as opposed to the once-a-year state fair held every September.

“The stadium would be a huge step forward in revitalizing the entire Fairpark. We urge the State to extend the Fairpark Corporation’s lease on the Fairpark, so we can preserve the Fairpark for generations to come,” said Lowell Peterson, Vice-Chairman of the Utah State Fairpark Board and former state senator in a press-release.