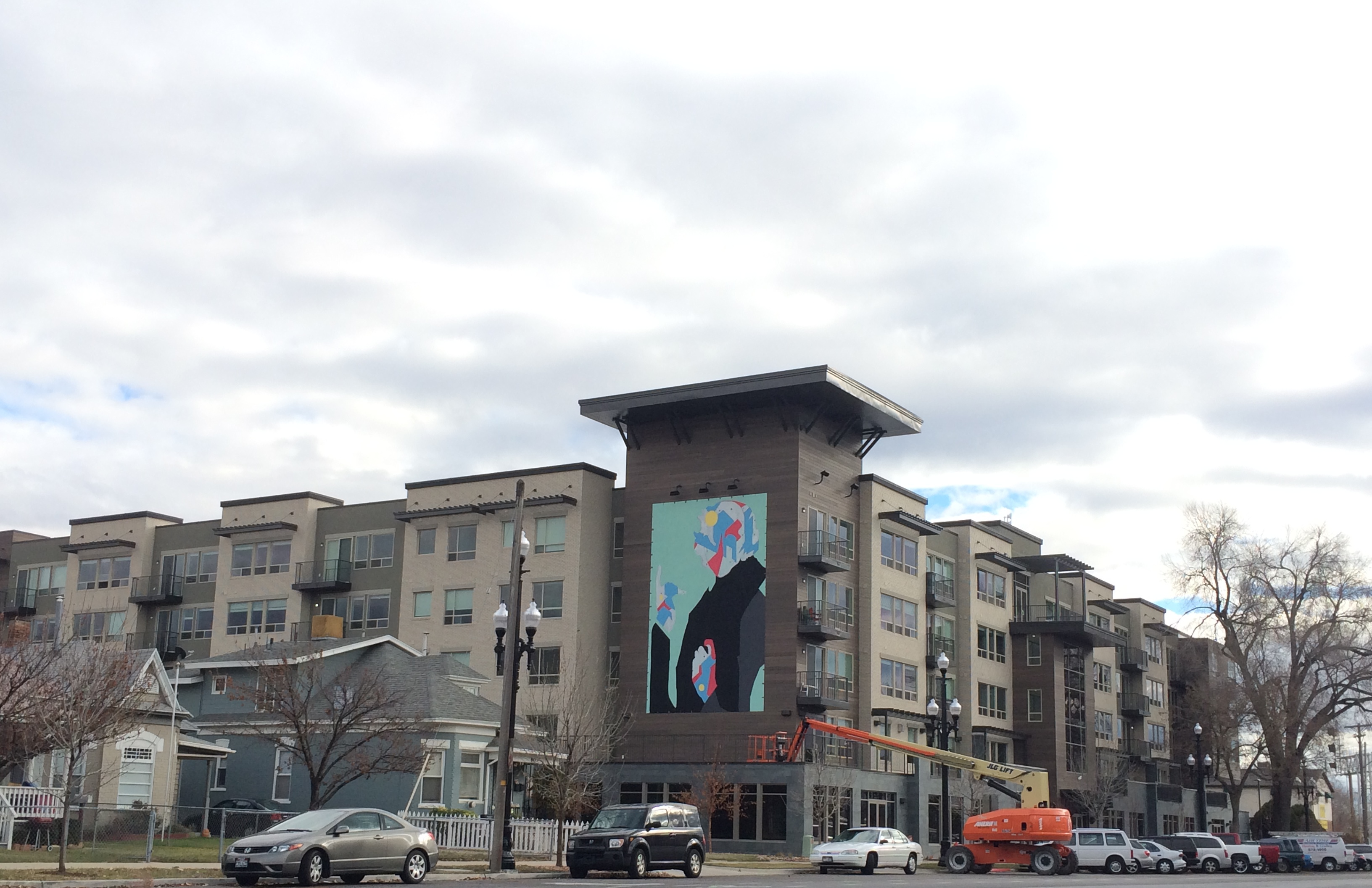 Opposing styles, the modern versus the conventional, near the intersection of North Temple and 600 West demonstrate the internal struggle facing Salt Lake City as the city experiences a residential building boom led by tepid developers reluctant to offer unique or modern designs.

The North Sixth Apartments and the expansion of Bridges at Citifront are prime examples of the more modern and the conventional suburban designs respectively.

The North Sixth Apartments feature a more modern look that is unique to this particular development.  The design of North Sixth is featured clean lines, varying roof heights and a unique color scheme.  There is no other building in Salt Lake that looks like North Sixth.  The architects of North Sixth have gone as far as to incorporate public art into the project.  North Sixth shows that affordable housing projects can be interesting and add to the character of a neighborhood.

The two new residential buildings at Bridges at Citifront reflect the more popular trend in Salt Lake development: constructing suburban style buildings.  Bridges at Citifront gets points for its street engagement and ground-floor retail, but its combination of stucco and faux brick reflects a style that proliferates throughout not only the city but the region.

Both projects are almost finished and ready for occupancy.  The new buildings will add over 200 residential units to the growing residential corridor that is the intersection of 600 West and North Temple.

(The Conventional) Bridges at Citifront: