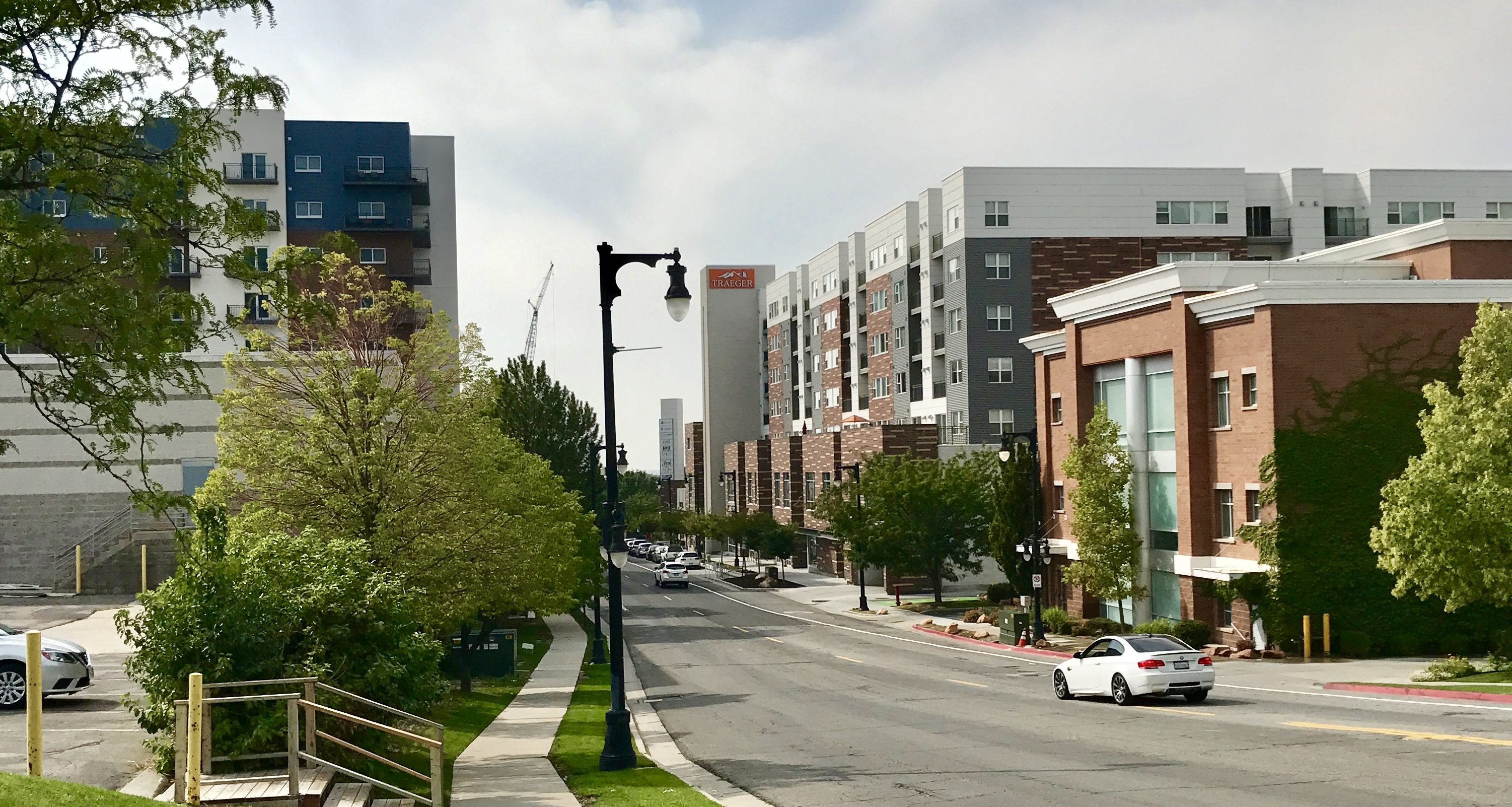 But that’s just the beginning.  An additional 658 new units will be coming online at the ShopKo site, 21 by Urbana and the Sugarmont Apartments.  A combined total of 500,000 square feet of office/medical space is to be built at the ShopKo site and the Dixon Building.  Depending on what the ratio of square feet of office space to worker turns out to be, this could mean as many as 2,500 new employees coming into Sugar House each day.

In addition, a Spring Hill Suites has been approved to be built west of the closed Toys R Us and Legacy Village and east of the Taco Bell on 1300 East, although no site activity has commenced at this time.  The hotel project is by Woodbury Corporation, the developer for the adjacent Legacy Village and Wilmington Flats projects.

Vibrancy will continue to increase, as will traffic concerns and concerns about the changing nature of the area.  Hopefully, some of the new residents will also work in the new office space and increase pedestrian traffic instead of vehicular traffic.  The new residents will have easy access to Sugar House Park, Fairmont Park, Hidden Hollow, the S-Line and from there the TRAX and Frontrunner networks and many nearby dining and shopping options in the Sugar House Business District.

Excavation work is well underway at the Shopko site at the eastern end of the Sugar House Business District, near 1300 East and Interstate 80.  The mixed-use project is being developed by Sentinel Development in collaboration with real estate investment company, Westport Capital Partners.  The development will include a 170,000 square foot medical building parallel to 1300 East, a 150,000 square foot office building on the south side along I-80 and a 180 unit residential building on the west side of the site.

The 10-story, 268-unit development for senior living is completed and leasing is underway. Both the Legacy Village and Wilmington Flats are on the 1200 east block of Wilmington Avenue and were developed by the Woodbury Corporation.