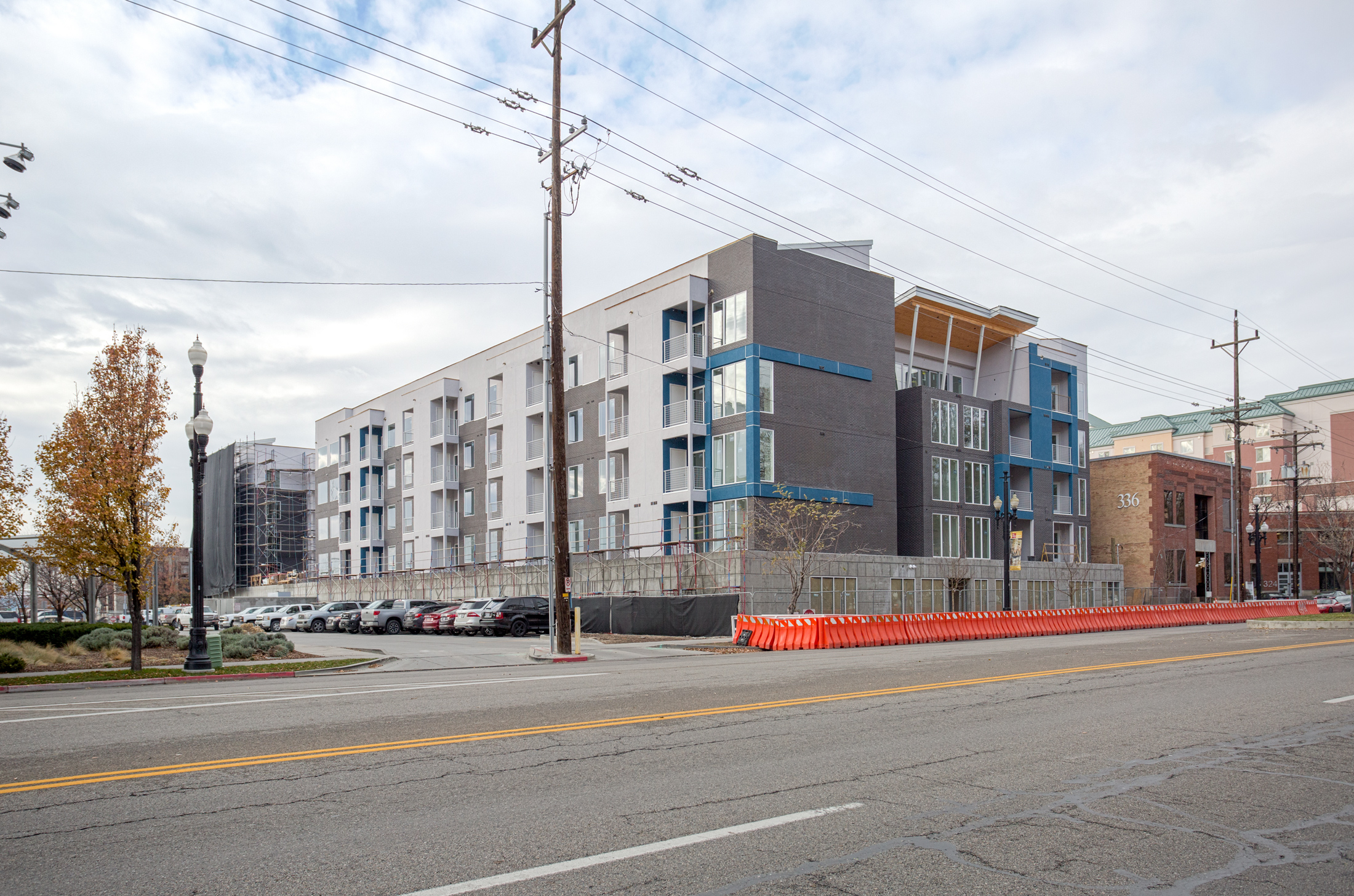 The city’s announcement on the four sites for new homeless resource centers may have received mixed reviews, but for many residents and business in the Rio Grande District, the news means that the chaos in their neighborhood may begin to calm down after years of growing crime and an increasing transient population.  It will be a few years before the new resource centers open, but in the interim development continues in the neighborhood.  Two nearly completed projects, Downtown 360 Apartments and Alta Gateway Station, 428 new residential units to the area when they open early next year.

Downtown 360, on the 300 South block of 400 West, is developed by Garbett Homes and appears to to be the first of the two buildings to be completed.  The building is across from Pioneer Park, a popular gathering place for transient residents.  If the Downtown 360 project is successful, it could assuage the concerns of other developers wanting to build in the neighborhood.

The Alta Gateway Station, by Wood Partners on the 100 South block of 500 West, will add nearly 280 residents to the Gateway area.  The project is the first of two phases.  The second phase is planned for the northwest corner of the block at the intersection of 100 South and 600 West.

Kyle Aiken with Home Tour Company of Utah (hometourcompany.com) specializes in outstanding Utah real estate photography. With a passion for showing any type of space in their best possible light, he cares about using only the best techniques and equipment to capture the true colors and spaces of a property. As a native of the Salt Lake Valley, Kyle has a deep appreciation for the natural beauty of the area. He has seen how Salt Lake City’s new urban spaces add to the area’s unique charm and character and he enjoys photographing each of these urban escapes.