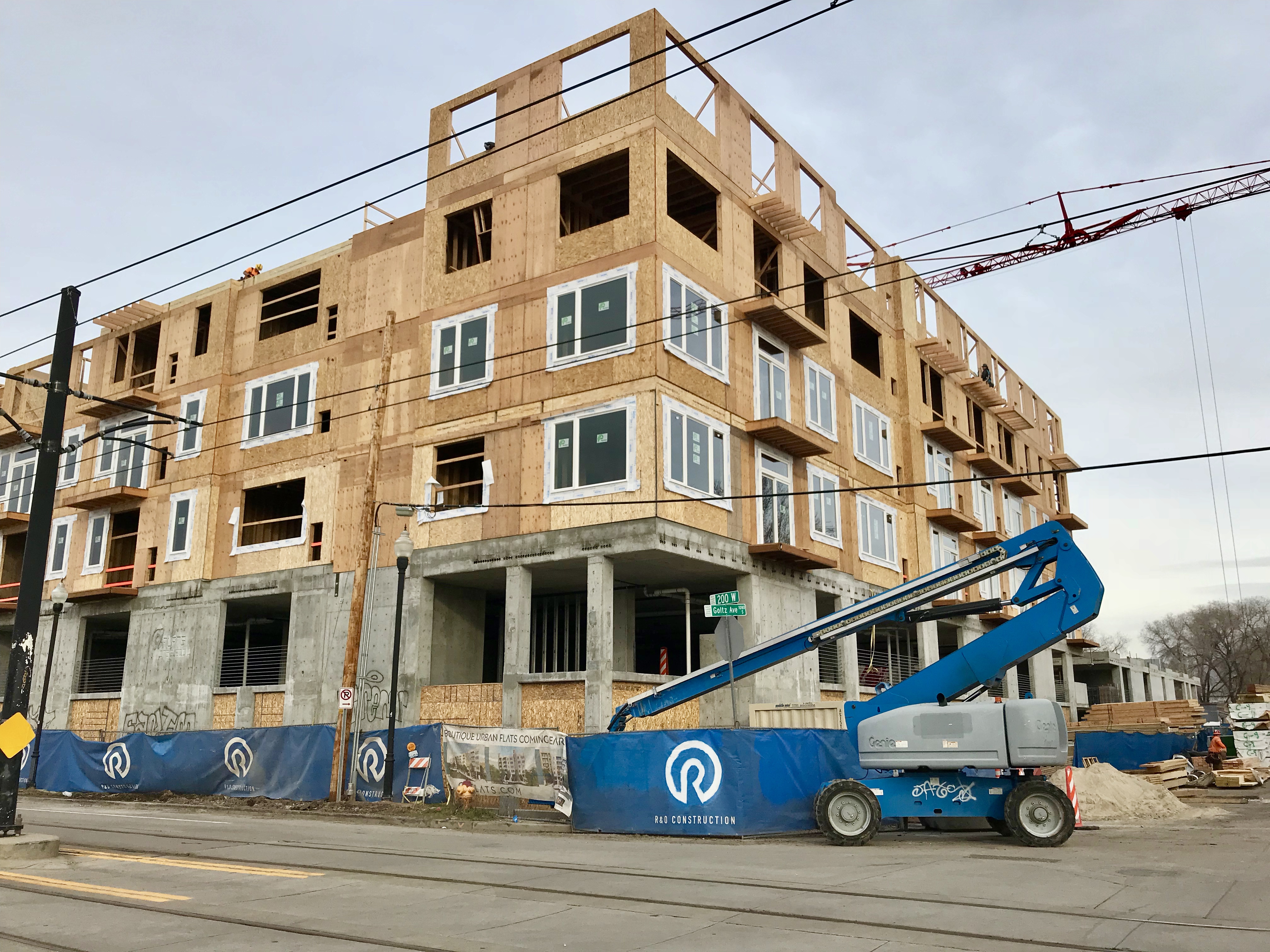 The transformation of the Central Ninth district in Salt Lake City continues with several completed projects and many others in various stages of construction.  Centered around the 900 South TRAX Station on 200 West, the rezoning of much of the area to a form-based code has facilitated a wide range of developments including a youth hostel, small townhouse projects, micro-unit apartments, larger apartment complexes, higher-end cottage homes and mixed-use developments.

Most of the six new cottage homes in the Jefferson Walkway project are sold or under contract, the covered parking spaces are going in, and the one remaining facet of the project, renovating the historic home that was moved to a new location is underway.  Priced in the mid-$400s, these 1,560 square-feet detached homes are advertised as net-zero ready.

Across the TRAX line from the Jefferson Walkway, is the now-completed Greenprint Apartments, a micro-unit project on the 800 South block of 200 West.  The project contains 60 small studio-like apartments and no onsite parking.

Developer Daniel Jensen’s five rental townhouse project on the east side of the 900 south block of Washington Street is now completed.  The project consists of five one-bedroom apartments and as with the Greenprint, there is no onsite parking.

The second phase of the Central Ninth Place consists of two buildings with seven rental units on the west side of the 900 south block of Washington Street.  The second phase is nearly complete and is directly south of the Central Ninth Place first phase that consists of six units in two buildings.  The entire project consists of 13 units in four two-story building.  Each unit has two bedrooms and two baths.  Again, there is no onsite parking.

A block to the east from the Washington Street projects is the 200 West Apartments on the 900 South block of 200 West.  The project is nearly complete and consists of 50 one-bedroom units in a three-story building.  There is a rear-parking structure with 30 spaces and 20 surface parking spots.