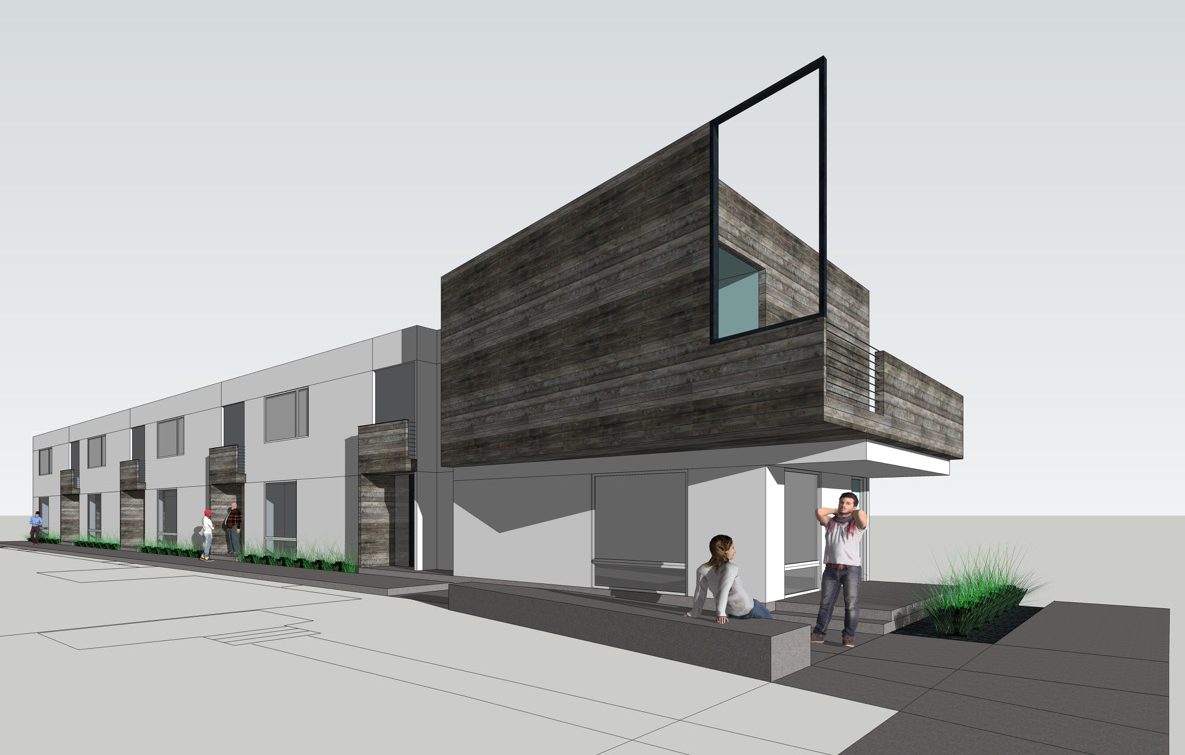 Historically in Salt Lake City when a block is poised to drastically change it is due to one large project that will occupy most of it.  In Central Ninth, the bulk of the 900 South block of Washington Street is about to be redeveloped with multiple projects in the works, in one of the cities most evolving neighborhoods.

Construction has started on two midblock, missing middle projects on Washington Street, Central Ninth Place and the Washington Street Townhomes.  Both projects are will be townhome style rentals and will add a combined 18 units to the neighborhood.

“(We) are excited to be able to contribute to the change and growth of the area,” said Daniel Jensen, the property owner and developer of the Washington Street Townhome project.

The Washington Street Townhomes, on the east side of the 900 South block of Washington Street, will include five, one-bedroom units in one building.  The rental units will be two stories with 1100 square-feet of living space.  The interior units will each feature a small second-story patio and will front a pedestrian walkway.  The exterior unit will front the street and have a larger second-story balcony/patio area.

Jensen has lived in the 900 South area for eight years and also owns the parcel directly south of the Washington Street townhomes site.   The townhomes will be built in what was previously a side yard for the property to the north.  Jensen plans to renovate the adjacent buildings which include a small three-unit rental complex to the north and a single family home to the south.

According to the project’s architect, James Carroll of James L. Carroll & Associates, the Central Ninth Place development will consist of four buildings with a combined 13 units and will be built in two phases.  The first will be two buildings with three units each, while the second phase will be a three unit and four unit building.

The project is directly south of the Club Tryangles parking lot.  The units will be two stories with two-bedroom and 2 full baths.  The buildings will be connected by a common walkway and each unit will have a small outside courtyard.

Final renderings of Central Ninth Place aren’t available as Carroll noted that the project’s design elements are still being finalized.  According to Carroll, the exterior materials will be a mixture of wood siding, stucco, and stone.

“It will be better than a lot of stuff being built right now,” said Carroll.

Both projects will not include off-street parking.  All the properties on Washington Street are zoned FB-UN2 (Form Based Urban Neighborhood 2) which encourages mid-density development around the 900 South TRAX Station and doesn’t include parking requirements.

The first phase of the Greenprint Apartments, a 30-unit micro-unit development under construction on the 800 South block of 200 West, will also not include any off-street parking.  While three nearby residential projects, Jefferson Walkway cottage homes, the Central Ninth Rowhomes and the Central Ninth Lofts will include off-street parking for their tenants.  Those projects will add a combined total of 35 for-sale residential units to the neighborhood.  Construction is underway on the Jefferson Walkway homes.  Construction of the Central Ninth Lofts and Central 9th Rowhomes is expected to start next year.