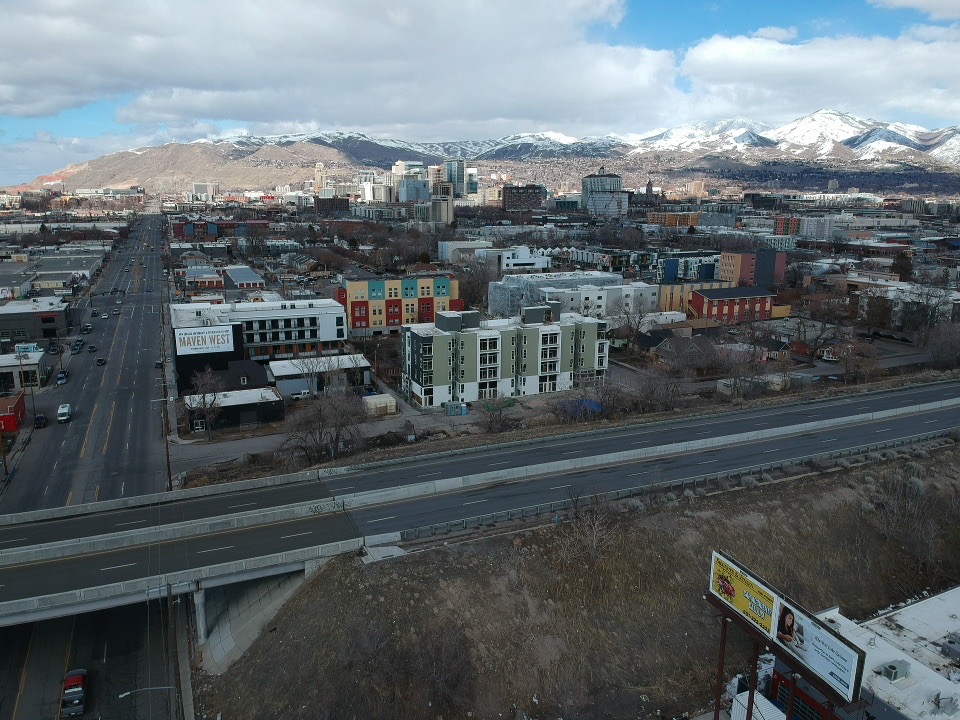 The Central 9th neighborhood started as a carve-out of a much larger district, a hamlet whose urban zoning and transit access gave it a distinct feel within its boundaries.

The area closest to the neighborhood center has long since found the attention of developers who began or are in the process of filling out the area’s “main street” with a wide mix of uses like a youth digital media arts center, architecture firms, restaurants, bars and a new cidery.

A slate of proposed new housing projects shows the growing popularity of the area with developers as well as residents.

With so much change in the built environment, including major transportation projects, rezone requests, listings hyping the proximity to the area and a construction boom, we thought it was a good time to put a spotlight on what could change Central 9th in the coming years.

What, where and why is Central 9th?

Central 9th is a carve-out neighborhood of Ballpark (formerly known as the Peoples’ Freeway). It can be described as an urban village of sorts, with an epicenter at 200 West 900 South and boundaries that span from 600 South to about 1000 South, Main Street to 300 West.

The neighborhood is distinct in part because of zoning that allows walkable density by right, with two zoning types in the core either allowing high density or medium infill density.

Washington and Jefferson streets have older, often Victorian, single-family residences or duplexes and are zoned Form-Based Urban Neighborhood 1 (FBUN1), which allows infill on those lots. Developers and homeowners have already begun adding fourplexes and more on these streets.

The streets lining the core of the neighborhood are FBUN2, which allows a mix of uses in buildings that are four or five stories that require no minimum front setback.

Central 9th is bound by an oversized off-ramp that creates an undeniable physical barrier separating the neighborhood’s core from its southernmost boundary. It also ensures acres of valuable land remain undeveloped.

As for the developable land, builders are well underway filling out what we’ll call the Central 9th Main Street.

For years, an abandoned natural gas filling station sat at the east end of Central 9th’s main street. Plans came and went — a building permit was even pulled — but nothing materialized. We now have some insight into what might bookend the village center in 2022.

Developers had planned for a mixed-use townhome development on the site, at 110 W. 900 S. Instead, the property is being acquired by CW Urban. The group, a Building Salt Lake sponsor, specializes in quick-build townhome developments, but recently ventured into urban design with projects Downtown and elsewhere in Central 9th.

CW also just closed on the former Henrie’s Cleaners at 906 S. 200 W., the site of one of two projects that will fill out the middle of the neighborhood. It is one of two mixed-use buildings, known as Sydney and Slate, which will have the largest footprint in the neighborhood.

Sydney and Slate will flank and activate an alleyway between 200 West and Washington Street. They promise to expand the retail and restaurant space that’s already potent in the village. The new housing above will keep adding energy and life to the streets below.

The women-led Maven District expanded its portfolio at 945 S. 300 W., framing the western boundary of Central 9th. It too brings space for new residents plus office and restaurant space.

Builders are working on a 9-unit apartment building at 120 W. 900 S., and construction continues on multiple new-builds on Washington south of 900 South.

That all makes for a gush of construction in the area in tandem with a major street reconstruction project that will underground power lines and connect the capital city’s east and west sides via a multi-use trail called the 9-Line.

The activity will fill out and visually frame the Central 9th ‘Main Street,’ and the newfound popularity has helped attract attention on the outskirts of the neighborhood.

Before the close of the year, TAG SLC, another Building Salt Lake sponsor, applied for a rezone of four properties near Jefferson Park, just south of Central 9th.

The developer hasn’t submitted specific plans for the duplex and single-family homes that would ultimately likely be demolished and replaced with any number of infill developments allowed in FBUN2 zones (likely townhomes or apartments).

Instead, it highlighted the proximity between TRAX stations at both 1300 South and 900 South, as well as the 900 South bus line and growing walkability of the area.

The area is considered very walkable and bikeable, with good transit access, according to the website WalkScore.

“The proposed rezones will allow the creation of a significant number of units without impacting the neighborhood more than these already existing projects,” TAG SLC wrote, pointing to the adjacent six-story C9 Lofts that were built in recent years.

Much of the neighborhood south of the off-ramp is zoned RMF-35, which allows developers who hold enough property to meet the zoning requirements to demolish existing homes and build multi-family apartments.

But the area struggles with perceived problems with crime, and developers tout the increased eyes and feet on the street as potential benefits to root out criminal activity. TAG SLC was no different.

“The additional surveillance offered by the projects possible under the rezones will impact the neighborhood positively by improving the nearby park and creating the density necessary to more adequately support the mass transit and commercial amenities in the area.”

If the Planning Commission and City Council approve the rezone request, TAG SLC could build anything from cottage developments, rowhouses, multi-family residential, mixed-use or storefronts, depending on the specifics of each parcel.

A tower in Central 9th?

Mark this as a long-hauler, but this property on the neighborhood’s east end is being marketed to developers who might want to take advantage of Downtown-adjacent zoning and add height within steps of Central 9th.

The existing property is over an acre of land in the southernmost stretch of D-2 zoning, allowing the building to have no setbacks and stretch in height.

“Desirable D-2 Zoning allows for a building height of 65’ as of right and up to 120’ with design review – a rarity in Granary,” the listing notes, referring to the nearby Granary District.

Much of the Granary District remains zoned auto-oriented General Commercial (CG), which have large minimum lot sizes, high parking requirements and yard setbacks, and are capped at no more than 90 feet after design review.

Central 9th, on the other hand, is a mix of urban zoning with minimal setbacks and parking requirements. An acre property changing from industrial warehouse use with a front yard of surface parking being redeveloped would begin to expand the neighborhood east.

The property could also be simply adapted into a new use or stay the same.

Either way, it’s hard to deny that as long as the I-15 off-ramp remains, it may be difficult to connect the neighborhood’s east side developments with those in the core.