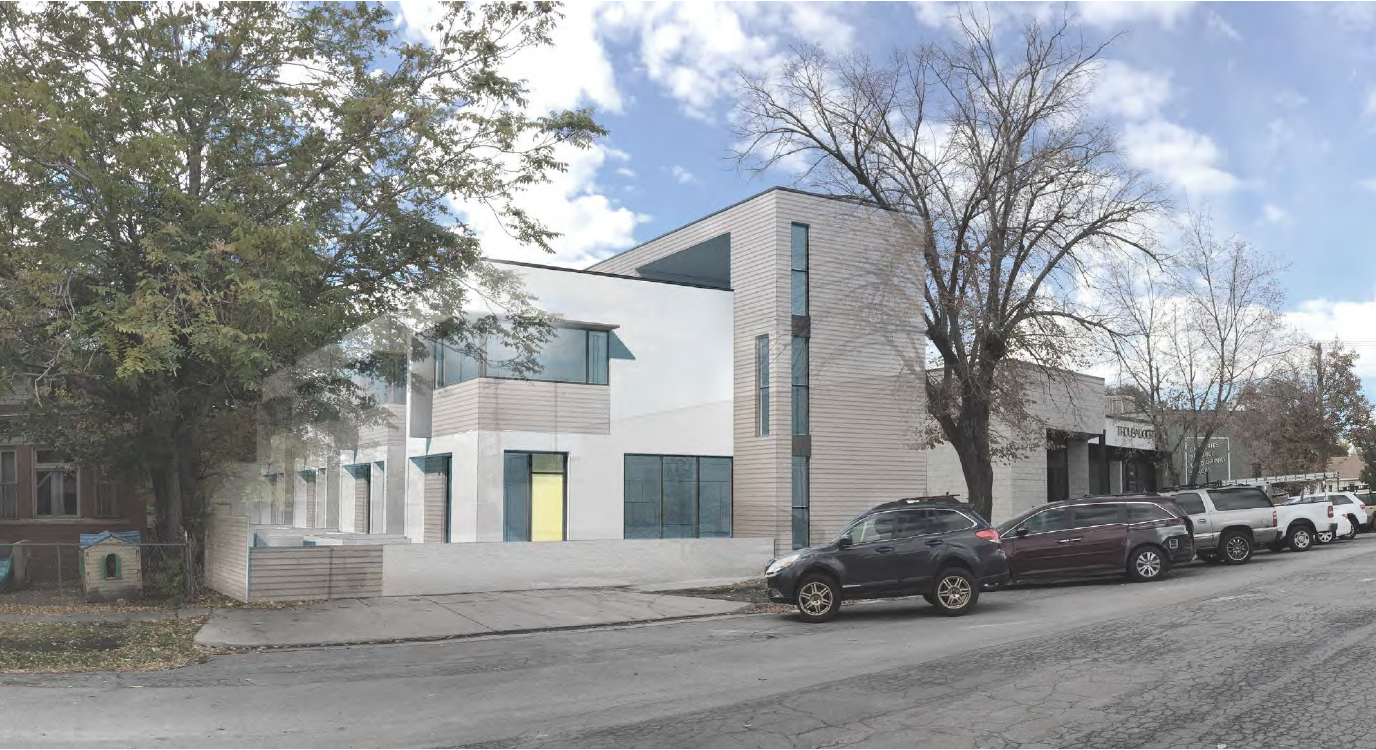 Central Ninth Market may have just opened, but the market’s developers, Atlas Architects, are ready to start phase two of the blocks’ redevelopment, the Central 9th Row Homes.  The developers propose to build four townhomes directly south of the market near the southwest corner of the intersection of 900 South and Jefferson Street.

The Planning Commission approved the developer’s planned development request and preliminary subdivision request during the commission’s Wednesday meeting.  Atlas is building the project with their development partners, Peter Corroon and Chris Corroon.

The project consists of four attached townhomes and four attached garages.  The homes will be three stories with the kitchen and living space on the ground floor and three bedrooms on the second.  Additional living space and an open rooftop will be on the third floor.

The three interior homes will front a pedestrian walkway connecting an alley to the west to Jefferson Street to the east while the fourth home will front Jefferson.  The garage access will be from the alley that bisects the block directly west of the Central Ninth Market.

The homes will be for sale units and each homeowner will own a corresponding garage space in the adjacent garage structure.  The homes connect to through the north end of the building but will be separated to the south by patio space.  The north end of the building will include the stairwell to each home which allows the central floor plan to be unimpeded by stairs and allows the master suite to have window views to the east and south looking out to both the pedestrian walkway and side patio.

The Redevelopment Agency of Salt Lake City selected Atlas Architects in 2014 to redevelopment the block, which is directly east of their offices on 900 South.   Atlas broke ground on the Central Ninth Market in 2015 as the first phase of the two-phase development.

Several of the business in the Central Ninth Market have already opened, including Jade Market, a boutique grocer, Meditrina, a small plate and wine bar, Water Witch bar and Troubadour Salon.  City Council member and local entrepreneur, Derek Kitchen and his husband, Moudi Sbeity, will open their first restaurant, Laziz Kitchen, in November.