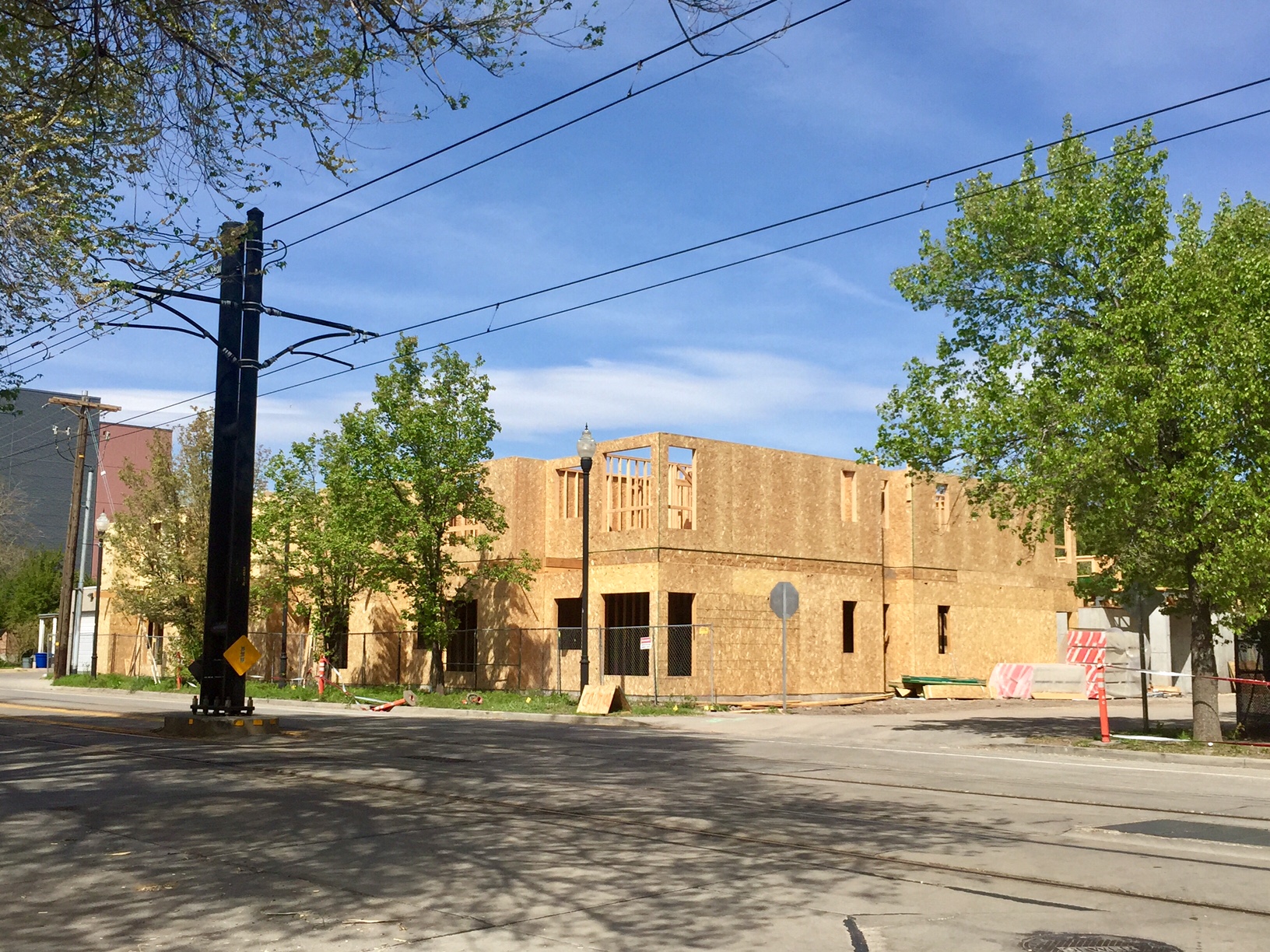 Construction crews are busy in the Central Ninth neighborhood.  There are ten residential developments actively under construction within two blocks of the 900 South TRAX station, the neighborhood’s center.

Many of the projects underway are from traditionally suburban developers that don’t have an established presence in the city. One such developer is Bountiful-based, Knowlton General that, up until now, has focused building in Davis and Utah Counties.  Knowlton is building three developments in the Central Ninth neighborhood, the 200 West Apartments and phase one and two of Central Ninth place.

Construction is nearly finished on the first phase of the Central Ninth Place development, on the 900 South block of Washington Street.  According to the developer, Brian Knowlton, the first phase should be completed by the end of April.  The first phase consists of two buildings with three units each.  The units are two stories each and will have two bedrooms and two baths.  According to Knowlton, construction on the second phase should commence in the next few weeks.  The second phase will replace a dilapidated single family home and will have a similar design as the first phase but will consist of seven units in two buildings.

The buildings will be connected by a common walkway and each unit will have a small outside courtyard.  Both buildings will also maximize the lot size with limited setbacks on all four sides.  The Central Ninth place development will not include off-street parking.

For Knowlton, it was the form-based zoning of the Central Ninth neighborhood that attracted enticed the developer to build in the city.

“We liked the market-based parking approach instead of the zoning-based parking requirements under traditional zoning,” said Knowlton.

The 200 West Apartments, on the 900 South block of 200 West, are framed up to the second story.  The building will top out at three floors and will consist of 50 one-bedroom units.   The ground floor will include walk-up units fronting 200 West, a courtyard also fronting the street and a 30-stall parking structure in the rear.  The project will also include 20 surface parking stalls on the east side of the building.

According to Knowlton, rents will start at the high $800’s, less than starting rents for most new construction in Sugar House and in and near downtown.