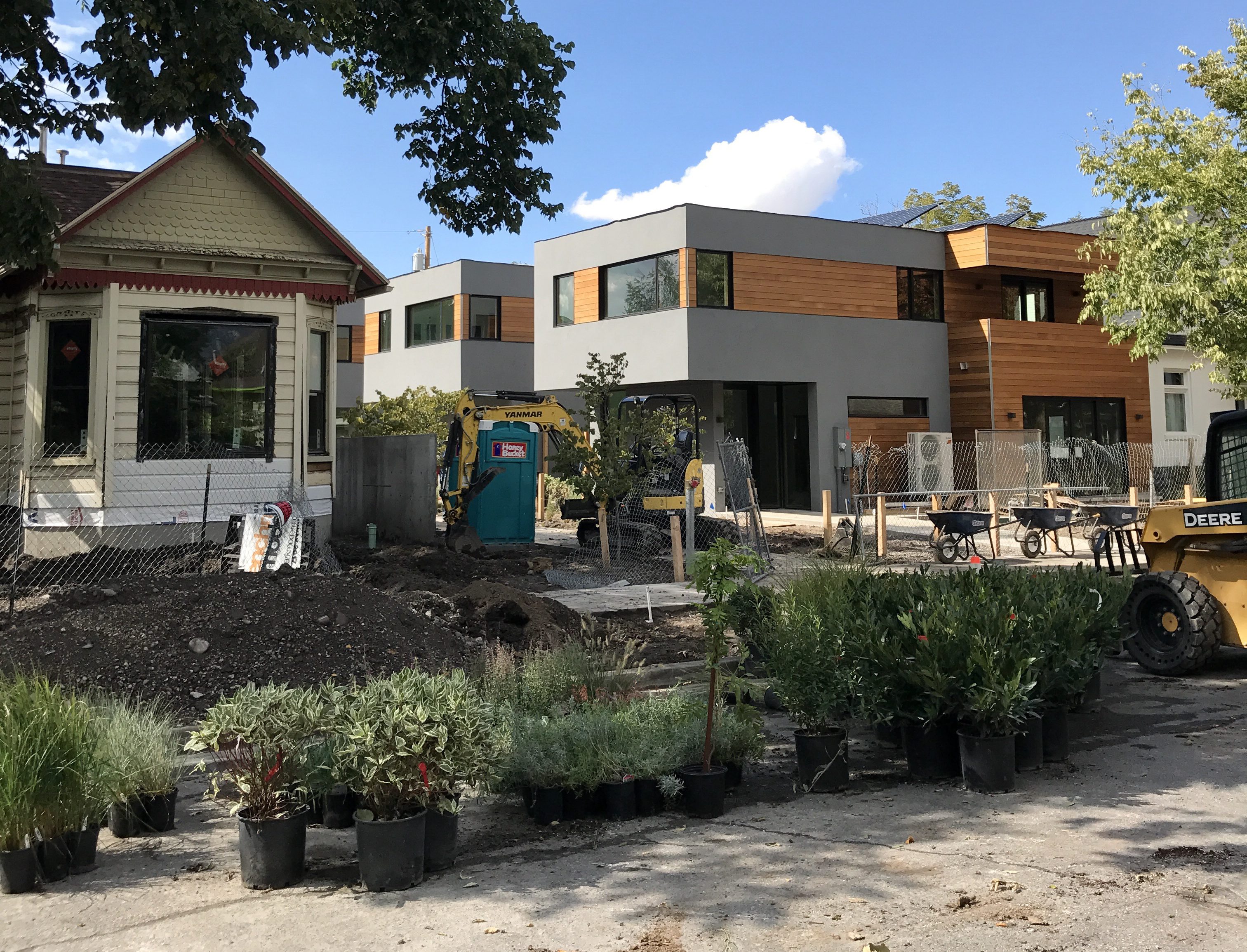 *This is the first of a two-part series looking at developments in the Central Ninth Neighborhood.

For years, the area known as Central Ninth, though close to downtown, remained an affordable and sometimes dilapidated collection of single-family homes and small business. Deterrents to development included the lack of a food market, deteriorating and condemned houses and car-centric spaces like dealerships and the 900 South on/off ramp to I-15 that cuts neighborhood off from other residential areas in the city.

But with investment from the local agencies, the neighborhood is starting to flourish.  In 1989 the Redevelopment Agency of Salt Lake City established a project area in the neighborhood, called West Temple Gateway, between Main Street and 300 West and 600 and 990 South.   In 2005 easy connectivity from the neighborhood to downtown was reestablished when an infill TRAX station was opened at 900 South and 200 West.   In 2013, much of the area was rezoned using a new form-based zoning code.  The new zoning relaxed parking requirements and encouraged missing middle and mid-density housing that engages at the street level.  The neighborhood is experiencing an unprecedented boom with numerous projects either under construction, in development, or recently completed.

Unlike the Sugar House Business District in which big-name developers acquired whole blocks and built large monolithic projects, development in Central Ninth is led by emerging developers building on smaller parcels.   The result is a wide variety of housing types and styles underway in the neighborhood, many of which are much-needed for sale developments.

There are three for-sale projects under construction and one proposed for-sale project within a block of the 900 South TRAX Station.  Those projects, the Jefferson Walkway cottage homes, The Ruby row houses, the Alinéa Flats and the C9 Row Houses will bring density and permanent residents to this burgeoning neighborhood.

One of the most innovative projects in the area is nearing completion.  Built by Benchmark Modern, Jefferson Walkway consists of six new detached for sale cottage homes as well as one older house that has been relocated several yards to the south and will feature a new accessory dwelling unit (ADU) over a garage in the back of the restored home.  The development sits neatly in between single-family homes and is directly east of the 900 South TRAX station.  Each two-story home features an outdoor patio.  Parking for the cottage homes will be an uncovered space off the north/south alleyway that bisects the development.  The majority of the homes front a public walkway that connects Jefferson Street and 200 West leading to the 900 South TRAX Station.  The homes are now actively for sale.