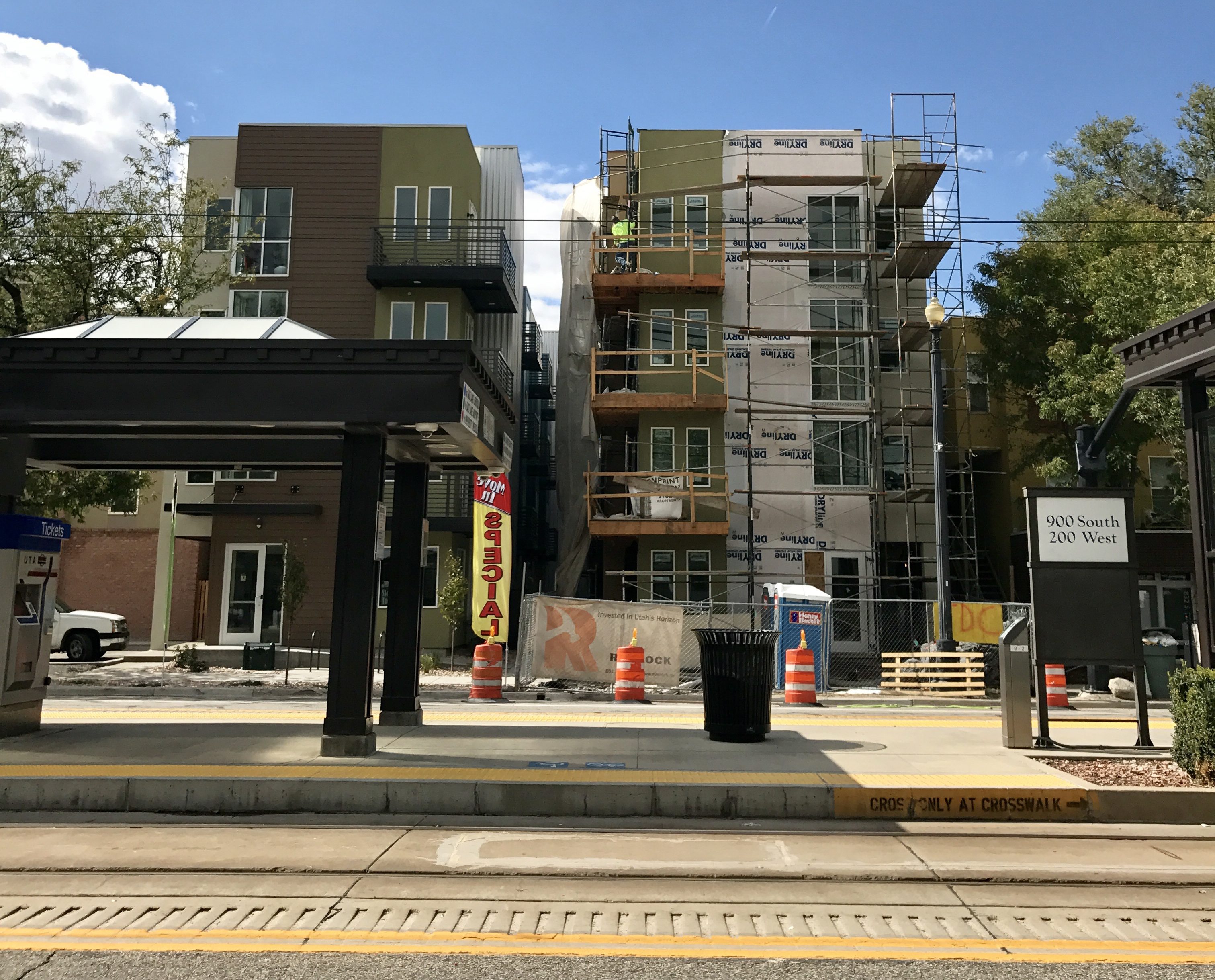 *This is the second of a two-part series looking at developments in the Central Ninth Neighborhood.

For years, the area known as Central Ninth, though close to downtown, remained an affordable and sometimes dilapidated collection of single-family homes and small business. Deterrents to development included the lack of a food market, deteriorating and condemned houses and car-centric spaces like dealerships and the 900 South on/off ramp to I-15 that cuts neighborhood off from other residential areas in the city.

But with investment from the local agencies, the neighborhood is starting to flourish.  In 1989 the Redevelopment Agency of Salt Lake City established a project area in the neighborhood, called West Temple Gateway, between Main Street and 300 West and 600 and 990 South.   In 2005 easy connectivity from the neighborhood to downtown was reestablished when an infill TRAX station was opened at 900 South and 200 West.   In 2013, much of the area was rezoned using a new form-based zoning code.  The new zoning relaxed parking requirements and encouraged missing middle and mid-density housing that engages at the street level.  The neighborhood is experiencing an unprecedented boom with numerous projects either under construction, in development, or recently completed.

Unlike the Sugar House Business District in which big-name developers acquired whole blocks and built large monolithic projects, development in Central Ninth is led by emerging developers building on smaller parcels.   The result is a wide variety of housing types and styles underway in the neighborhood that are not only a mix of single-family and missing middle but also for-sale and rental housing.

Unlike the Sugar House Business District in which big-name developers acquired whole blocks and built large monolithic projects, development in Central Ninth is led by emerging developers building on smaller parcels.   The result is a wide variety of housing types and styles underway in the neighborhood.

This development is a first for Salt Lake, a micro-unit rental community.  The project contains 60 small studio-style units to the west of the 900 South TRAX station and is now leasing.  This transit-oriented development has no on-site parking for residents.  The project by Ruff Associates, replaces a single family home and a vacant lot and is targeted to people wanting a small living space as apartments will range from 250-350 square feet.

As small developers create projects in the Central Ninth area, a mix of different sized buildings and architectural styles emerges.

The 900 south block of Washington Street is experiencing an extreme makeover with two projects nearing completion and three projects in the planning stages.

Built by developer Daniel Jensen, these five rental townhouse units on the east side of the 900 south block of Washington Street are nearing completion.  Jensen is set to begin work shortly on the buildings to the north of this project.  He will expand and add a second floor to the existing buildings for a total of 5 additional units in phase two of this project.

Central Ninth place, developed by Knowlton General, is also a townhouse development, on the west side of the 900 south block of Washington Street.  The first phase of six units is substantially complete and people were moving in on September 26 when some of the pictures were being taken.  Phase two consists of seven units and is currently under construction.

Some additional projects on the 900 south block of Washington Street are in the pipeline.

As the neighborhood grows in popularity, development is beginning to push further away from the 900 South TRAX station with several large projects underway just north and south of the highway ramps (900 and 1000 south blocks) on 200 West.