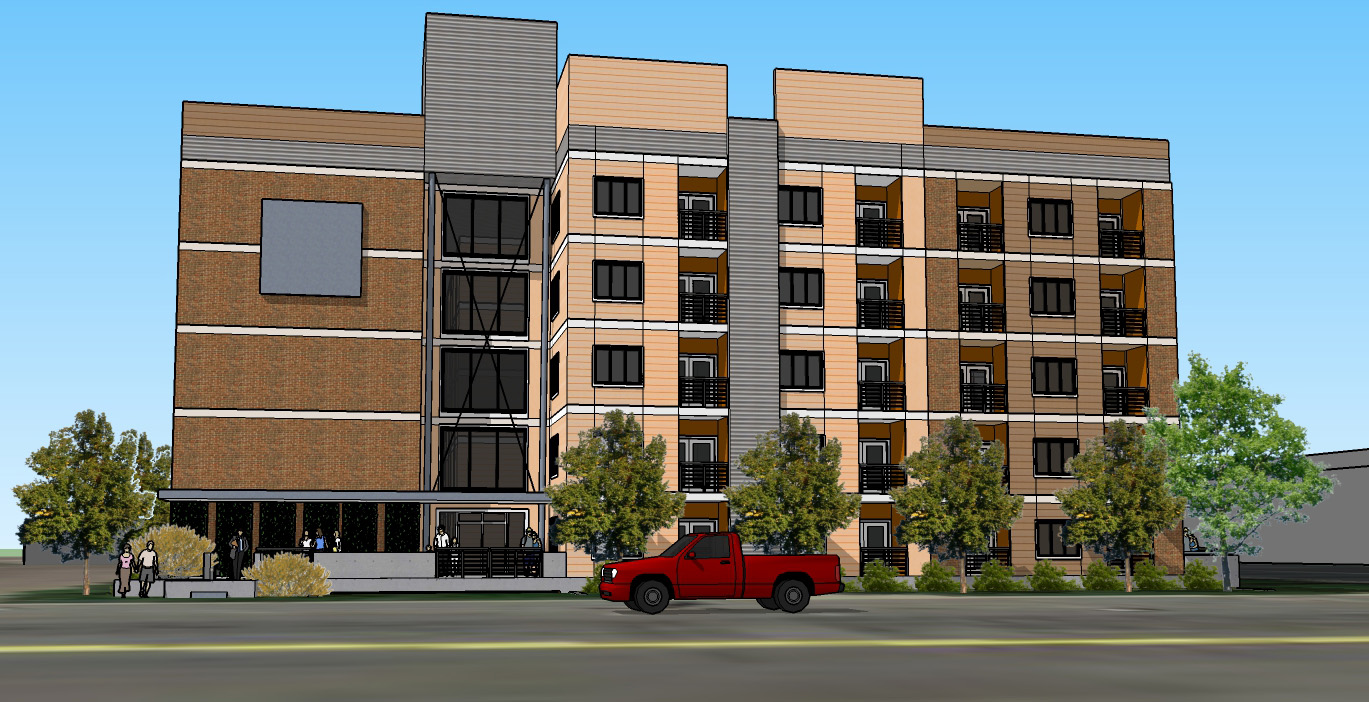 There wasn’t much development happening in the area when the Guadalupe North Temple TRAX Station opened next to the North Temple FrontRunner Station in 2013.  But just five years later the area is booming with over 800 new residential units and another 640 under construction within a two block radius of the stations.

And that number is growing.  Developers, Baywood Properties, plan to build the Ice House Apartments, a proposed residential development that would replace a surface parking lot and the former ice house at the 400 West block of 300 North.

The five floors of residential units will sit atop a one-story, subterranean parking podium.  The interior units will overlook the podium level which will include a pool, a small plaza and surface parking.  Additional amenities include a ground-level clubhouse that will open to the pool and plaza.  Both the interior and exterior units will have balconies.

The project is in the Transit Station Area zone which requires the developers to go through the Development Review Score process.  Under the revised process, projects near rail transit must earn at least 125 points and administrative approval from planning staff before building permits can be issued.  Projects that fail to meet the 125-point-threshold must go before the Salt Lake City Planning Commission for final approvals.

The Ice House will be in one of the fastest growing areas in the city.  Just three years ago the area was dominated by surface parking lots and one-story warehouses.  But nearby projects like the Hardware District, Skyhouse Apartments and Project Open developments have already added 500 new residential units, with another 640 units under construction.  Hardware Village and Project Open are multi-phase projects that will add a few hundred additional residents and employees to the growing area through planned residential and commercials expansions.