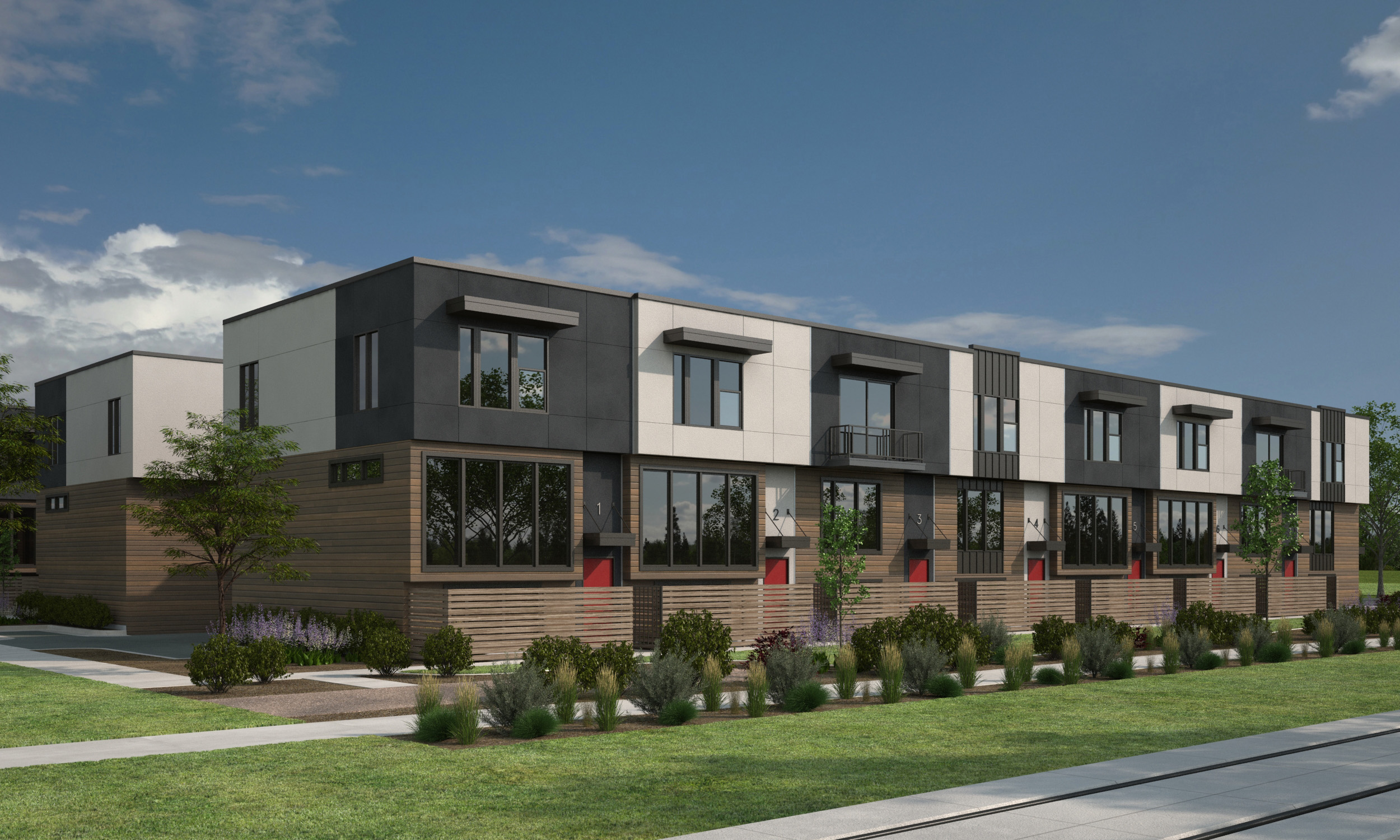 A large missing middle project is underway in Sugar House near Brickyard.   Developers, JF Capital, are building the Crandall Avenue Townhomes, a 41-unit development on the northeast corner of the intersection of Highland Drive and Crandall Avenue.

The project replaces a 1950s-era one-story office building on a 1.41-acre parcel.  The townhomes will be rentals with a mix of two and three-bedroom units and two-and-one-half baths.  Each unit will be three stories with a two-car garage on the ground floor with the living space and bedrooms on the second and third floors respectively.

The Crandall Avenue townhomes are the first of two sizable townhome projects to start construction this year.  Cowboy Partners will break ground later this year or early next year on the Liberty Place development, a 70-unit townhome project proposed for the 600 East block of Wilmington Avenue directly north of the S-Line.

The Crandall project is one of two large-scale townhome projects by JF Capital in Salt Lake City.  Earlier this year, the developers opened the Sego28 townhomes, a 28-unit residential project located on the 400 East block between 700 South and Sego Avenue.  Those townhomes are currently being offered as rentals, with all but two units currently leased as of October 11.  Rents for Sego28 start at $2,095 for the two bedroom units and $2,165 for the three bedroom units.

JF Capital is actively developing several projects in Salt Lake City.  In addition to Sego28, the developers are building the Bonneville Apartments, a 158-unit building located at 260 South and 500 East.  The Bonneville will include a mix of one and two-bedroom market-rate units.