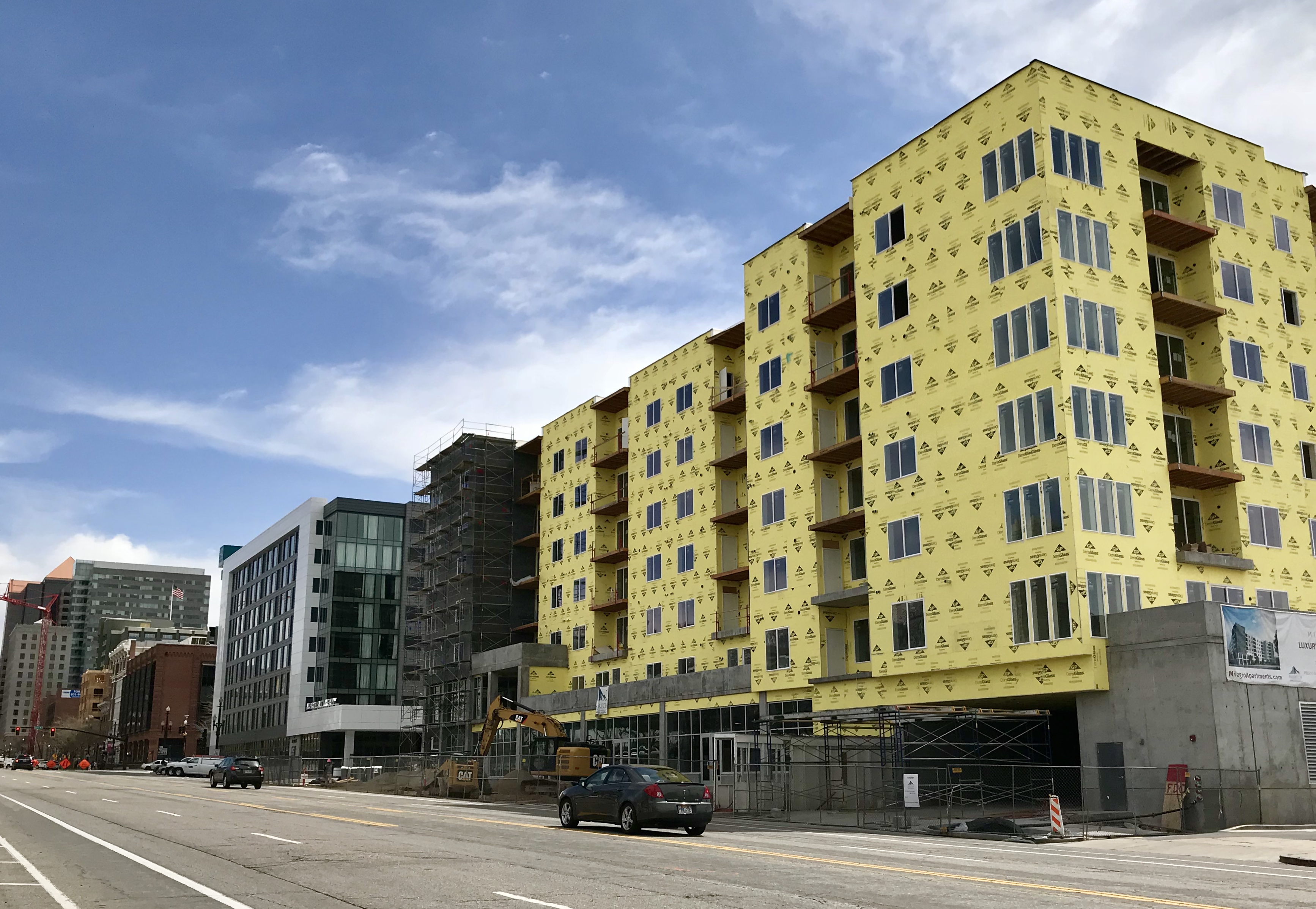 The construction of several apartment buildings and a hotel is making progress in downtown Salt Lake City’s westside.  These projects are all within a block of 200 West and 200 South and will bring an additional 269 apartments, 262 hotel rooms, and a small amount of additional retail space to this area.  The projects include the AC Marriott and Marriott TownePlace Suites hotels and the Milagro Apartments and the Pierpont Apartments.

This large mixed-use development is by PEG Development and it takes up almost the entire south side of the 200 West block of 200 South.  This project includes the recently-opened AC Marriott Hotel and the under-construction, Milagro Apartments.  The eight-story AC Marriott Hotel has 167 rooms and the seven-story, mixed-use Milagro Apartment building will have ground floor retail along 200 South and 182 apartment units.  The Milagro wraps around a parking garage that both buildings will share. The project is just south of the Royal Wood Office Plaza building which part of the Ritchie Group’s proposed Block 67 development.  Both projects will transform this block that was previously a dead zone between the thriving downtown corridor on Main Street and the Gateway District.

Gardiner Properties’ Pierpont Apartments is beginning to rise from the ground on 300 West just north of Pioneer Park on Pierpont Avenue.  The project will have 87 units in an eight-story structure.  Unlike the Milagro Apartments, the Pierpont Apartments will not feature ground floor retail although it is around the corner from the retail on 300 South and across from Pioneer Park.   Instead, the developer will include residential amenities including a cyber cafe and fitness center at the ground level.