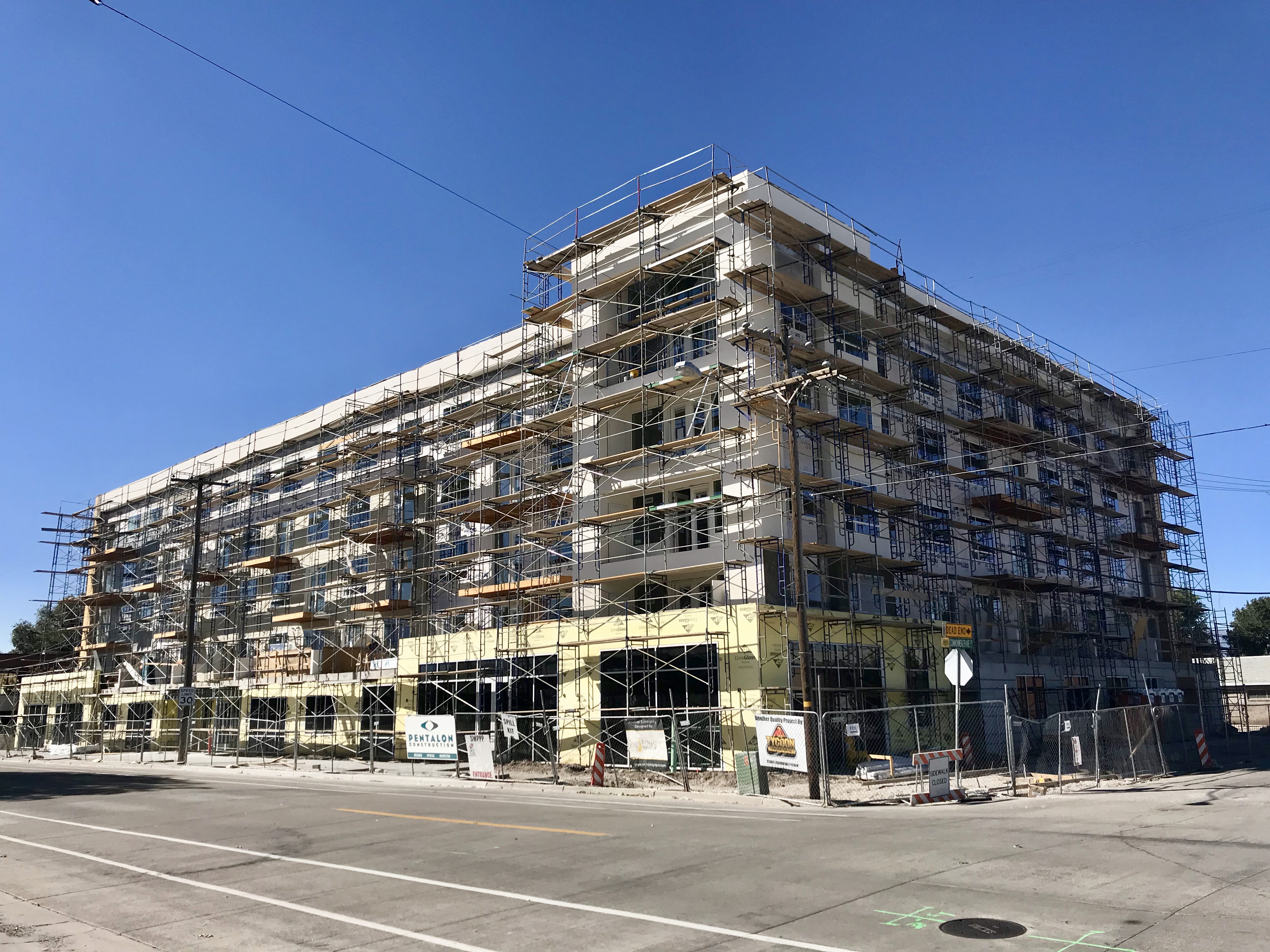 The three projects will add almost 500 new residents and businesses to the area in and adjacent to the city’s 235-acre downtown district at the southern border of Salt Lake City.  City officials envision the downtown district to eventually have at least 2,500 new multi-family housing units, 1.5 million square feet of new retail and 3 million square feet of new office/commercial space in addition to new green space and cultural and social attractions.   The area is currently home to many light industrial and warehousing businesses and associated offices interspersed with other uses such as retail, restaurants and an existing apartment complex.

The Hi-Grade Apartments by developer David Blake are nearing completion on West Temple between Commonwealth and Utopia Avenues, just south of 2100 South.  The five-story, 100-unit project will have 76 income restricted residential units with the remaining apartments at market rate.  The project also includes 1500 square feet of retail along West Temple in an area that is currently more commercial/industrial in nature.

The Liberty Crossing Townhomes by Cowboy Properties will feature 95 two and three bedroom townhomes.  Liberty Crossing is directly north of the S-Line South Salt Lake City Station and is one of two planned residential projects in The Crossing Development on the southwest corner of 2100 South and State Street.  The Winco Supermarket was the first phase of this development and there are also two smaller commercial parcels in the project plan that remain undeveloped.