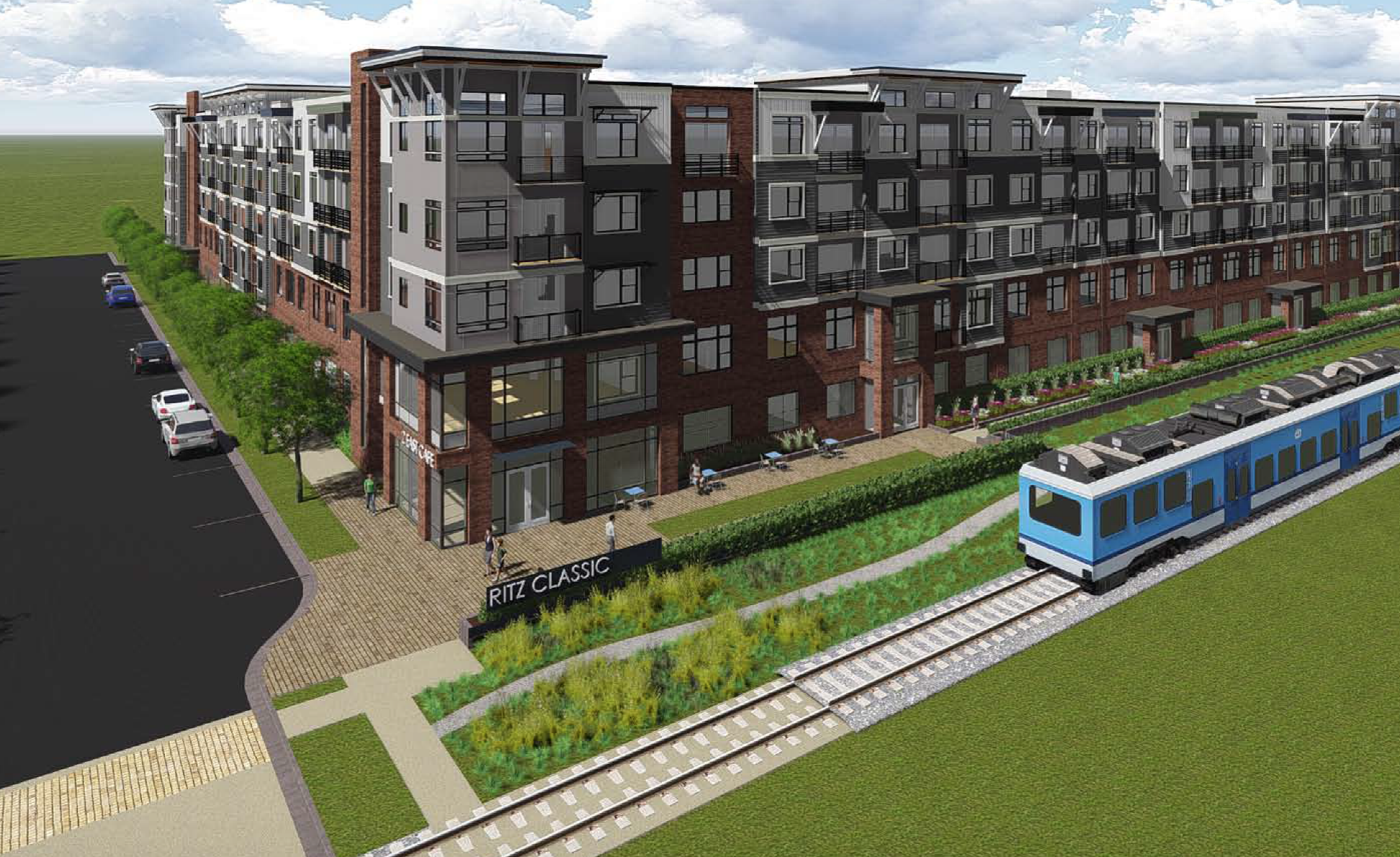 Since 1958, the 90-foot Ritz Classic bowling pin has served as a place-maker for the city of South Salt Lake.  This week crews reassembled the iconic sign, which was part of the now shuttered Ritz Classic bowling alley, at its historic home on the 2200 block of State Street, just south of the S-Line streetcar route.

The sign has been completely renovated and will now serve as a place-maker for an evolving downtown South Salt Lake and a new mixed-use development, the Ritz Classic Apartments.

It’s been two years since it was first proposed, but construction is now underway on the Ritz Classic Apartments, a five-story 287-unit mixed-use development at the 2200 South block of State Street.

The Ritz is one of three residential projects under construction along the S-Line streetcar in the East Streetcar Neighborhood Zone, a form-based zoning district that includes the majority of the parcels surrounding the S-Line between State Street and 500 East.  The other two projects, the Zellerbach Apartments and the S-Line Townhomes, are under construction between one and two blocks to the east respectively and will add 324 new residential units to the neighborhood.

The Ritz project is also one of the several long-proposed developments in downtown South Salt Lake to start construction this year.  Across the street, construction is underway on an 85,000-square-foot grocery store by Winco Foods, on the 2100 South block of State Street as part of The Crossing mixed-use development.

The Ritz Classis Apartments is by developers ICO Multi Family Holdings, the commercial real estate arm of Ivory Homes, and will be a five-story 287-unit mixed-use residential development with frontage on 200 East and the S-Line.

As is required under the East Streetcar Neighborhood zone, the project is designed to interact with the streetcar line and greenway with active entrances every 75-feet and minimum transparency requirements along the greenway.  The zone’s form-based code also restricts stucco to no more than 20 percent of a project’s façade.

The development will have three residential entrances fronting the streetcar line with a 20-foot setback from the S-Line that will be occupied by open space, essentially widening the S-Line greenway.  The project will also include two ground floor retail storefronts, one at the intersection of 200 East and the S-line and one on 200 East.

The project occupies 4.11 acres and replaces the historic Ritz Bowling Alley and will connect to State Street via a small private street that will run adjacent to the Ritz Classic sign.