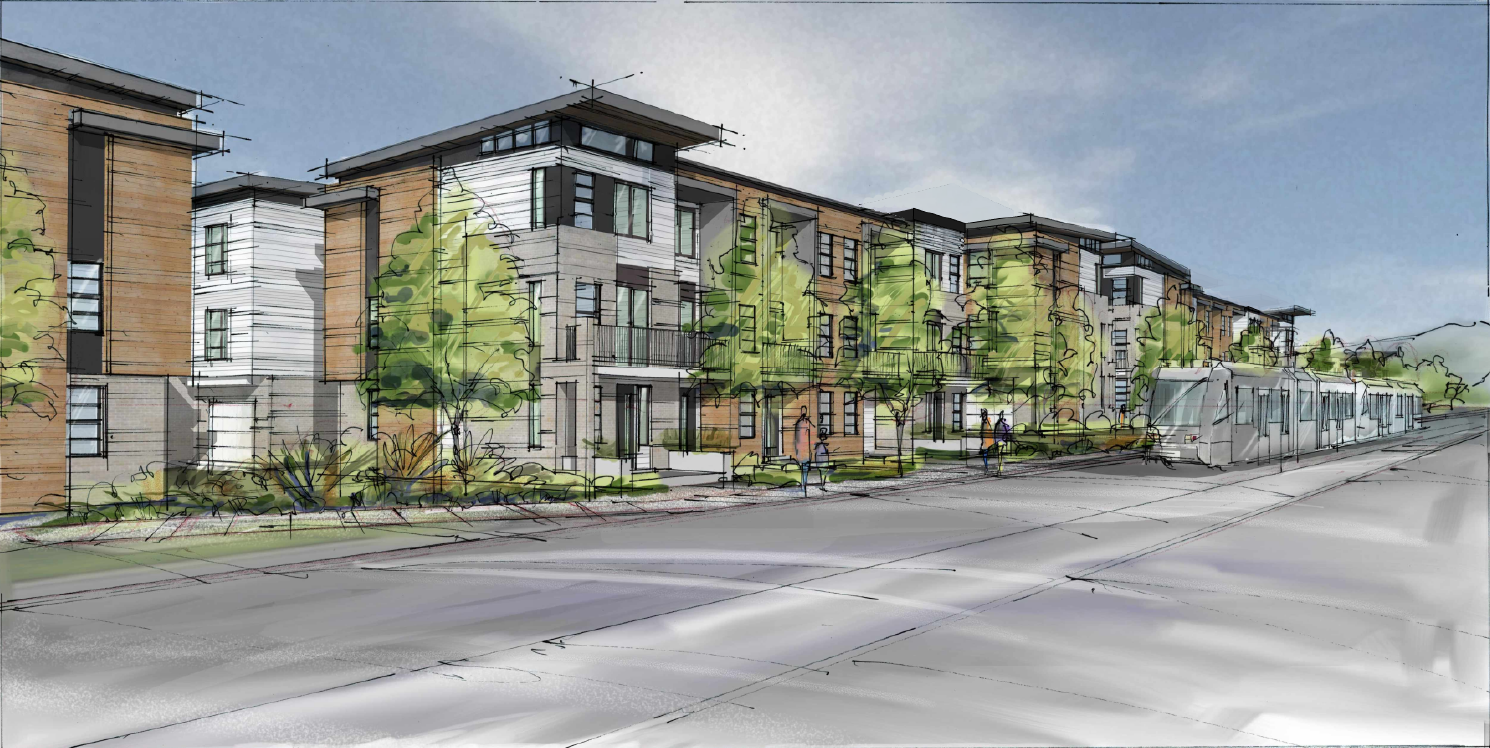 Preliminary construction has started on Liberty Crossing, the first residential phase in The Crossing development in South Salt Lake City.  The project is one of two proposed residential developments by Cowboy Properties for the 235-acre mixed-use planned development between 2100 South and the S-Line near State Street.

The Crossing’s first phase, a Winco grocery store, opened in November 2017.  Liberty Crossing will be directly south of the Winco’s surface parking lot and directly north of the S-Line streetcar.

Cowboy originally intended to build a five-story residential building with 157 units that would provide a mix of affordable and market-rate units.  Instead, Liberty Crossing will consist of 95 townhome units.  The units will be a mix of 32 one and 63 two-bedroom apartments.  The two-bedroom units will be three-stories tall, while the one-bedroom units will be two stories.  Each home will have a one-car garage with an additional 22 surface parking stalls for guests.

The project will include a clubhouse and 17 residential buildings.  A large pedestrian walkway will bisect the project to all allow midblock access to the S-Line streetcar station from The Crossing’s retail portion.

According to planning documents, project amenities will include, a playground, fitness room and indoor common area that will include a library or meeting space.

Cowboy Partners had argued that townhomes would make more financial sense for the neighborhood because of the high cost to build a parking structure and the unmet demand for townhome style rentals.

In addition to the Liberty Crossing development, Cowboy plans to build the Liberty on Main at the southeast corner of the intersection of Main Street and 2100 South.  The most recent proposal calls for 120 units that will be a mix of affordable and market-rate units.

Liberty Crossing is also Cowboy’s second S-Line-adjacent townhome project underway.   Six blocks to the east of the Liberty Crossing site, is the site of the under-construction Liberty Place Townhomes, a 70-unit development that similarily consists of a mix of one and two bedroom rental units.

Future phases of The Crossing will also include retail along State Street.

The Crossing is the anchor of South Salt Lake’s planned downtown district that, according to city officials, when built out will include up to 2,500 multi-family housing units, 1.5 million square feet of retail space and 3 million-square-feet of commercial office space.