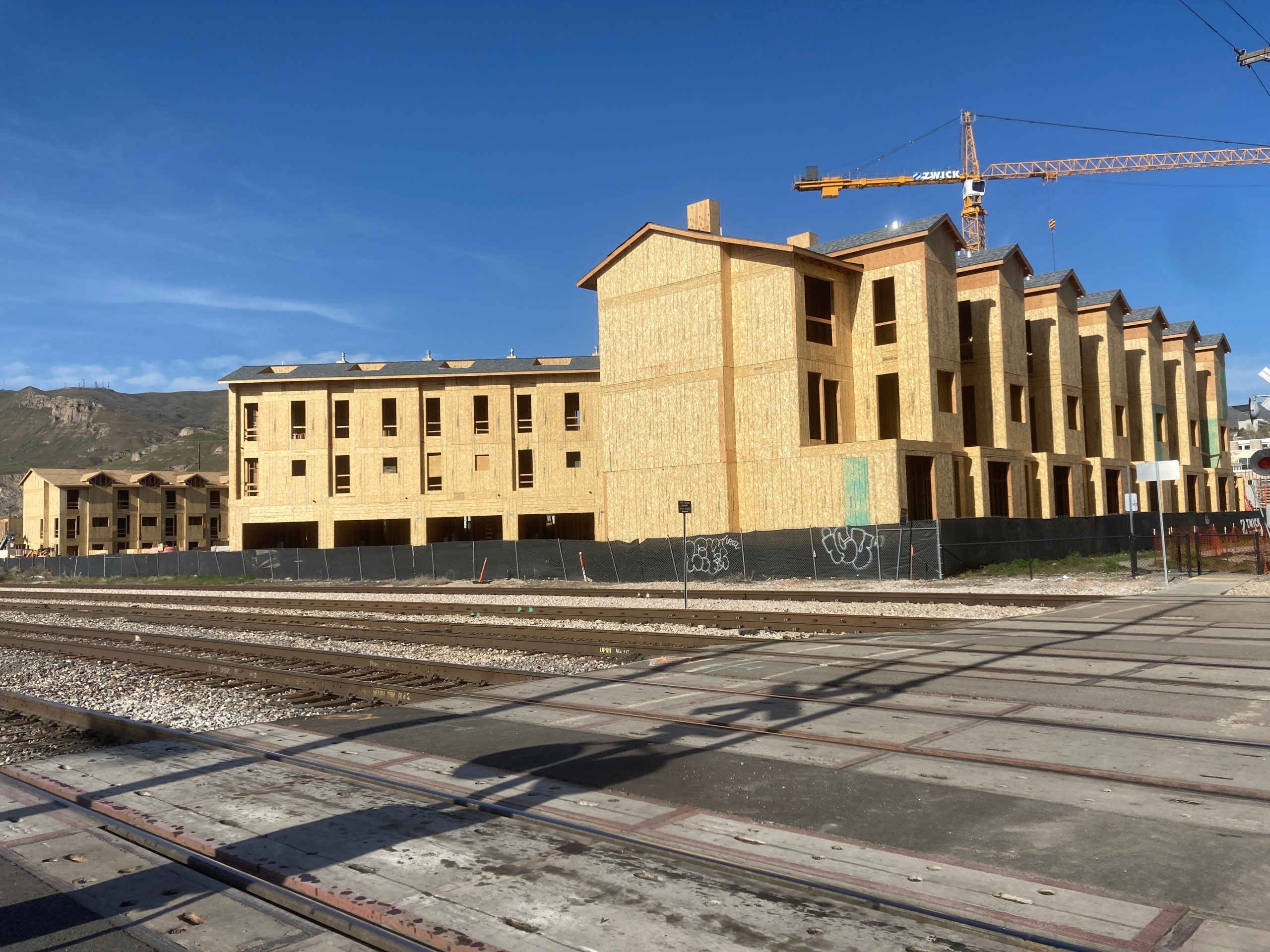 In our recent Downtown construction update in pictures, we left out the Downtown-adjacent Guadalupe and Marmalade neighborhoods. Here’s a look at some of the big projects that promise to transform the area.

We first focus on the Harvest at Marmalade, which completes the city Redevelopment Agency’s reconstruction of their “Marmalade Block,” between 300 and 200 W, 500 and 600 N.

Meanwhile the Hardware District is seeing a second-phase boom in its northwest quadrant. Two projects there, by different developers, are starting to take shape in concrete and frame.

The 252-unit Harvest at Marmalade project has only 4,400 sf of retail space in a project that runs nearly an entire city block. Residential units make up all of the street frontage along 300 W, with the exception of the two retail spaces at the north and south ends of the project.

The Ice House project will build 435 units, 41 of them townhomes. It has zero retail space at ground floor. Like the buildings to the south, it will offer tenants a wealth of high-end amenities.

Some notable purpose-built retail that’s coming to the area, hopefully, is a new Red Rock Brewhouse and a new Mountain West Ciders building at the NW corner of 400 N and 400 W.