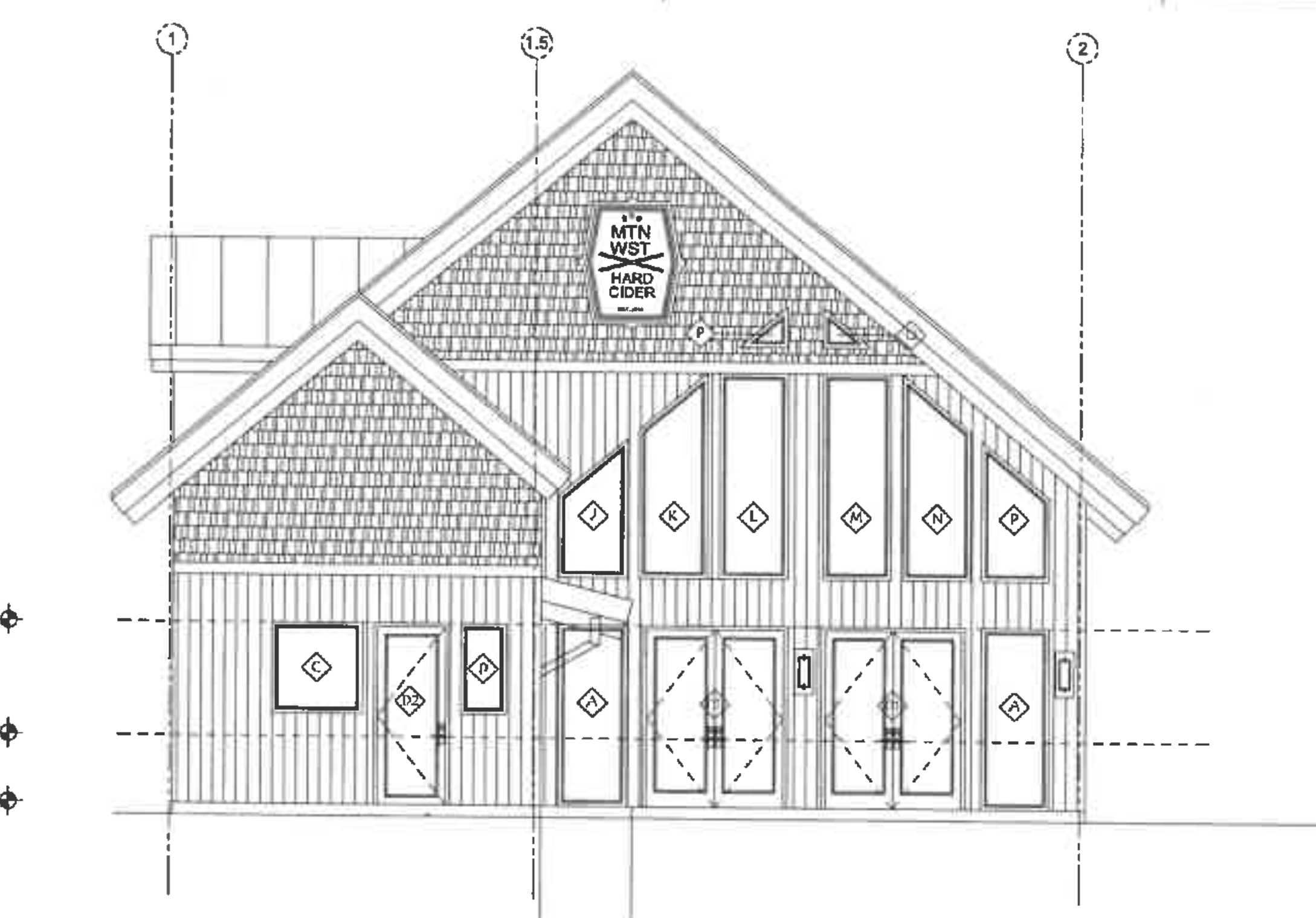 Nodding to its location in what is becoming a popular neighborhood that’s somewhat underserved by retail and restaurants, Mountain West Cider is looking to make permanent its german-style beer garden in the Marmalade neighborhood northwest of Downtown.

The company filed a transit station development application this week to start the approval process.

The addition, immediately south of the existing cidery, would bring a restaurant and expanded operations and music to the location Mountain West has operated out of since 2015, at 425 N. 400 W.

It says it’s already proved the concept: For the past four years, the company has operated an outdoor beer garden in a temporary tent, with a bar and stage for live music.

“It’s been a summer Bier Garten for the last four years,” said the owner, Jeff Carleton. “The downside is that we were open only from May to October.”

That left out days that were either too cold or too hot to operate.

“There were 21 days of over 100 degrees last summer,” he said. The new space will be comfortable year round, Carleton said.

“Our intent is to replace the current outdoor venue with a permanent structure that would include a full service kitchen, restaurant, bar and smokehouse,” the company wrote in its application, which was filed this week. “The popularity of the ‘Garten’ over the past several years has demonstrated community support for a local bar/restaurant at the current location.”

The restaurant, already named Garten, would be designed in homage to classic German beer halls. It will include 13-foot walls and a partial second floor, large wood timbers and steel framing.

The architecture “will evoke a large, barnlike structure and give the building its unique sense of space and style,” the company wrote. “The second floor features a balcony on the western side of the building that opens to the interior floor below. Outside the building, the second floor balcony looks westward to the stage and outdoor spaces.”

It appears the company is gearing up to continue the music, as well. The temporary stage would make way for a permanent one, fit with professional lighting and sound installations.

Garten is expected to provide space for 250 guests indoors and outdoors during warmer months and 120 indoors in the winter. The space would be powered entirely by rooftop solar.

Mountain West correctly points out the immediate area, which is also affiliated with the Capitol Hill neighborhood, has a “dearth” of restaurants relative to its size and growing popularity.

The area includes what is also known as the Hardware District, an area of luxury apartments in buildings that are decidedly single-use, opting to include copious amenities for residents who spend some of the highest rents in town.

That collective decision to turn inward with private amenities rather than provide community space through retail has created the type of density that ultimately should support more restaurants like the Garten in the immediate area.

It’s a concept that’s recognized by the owners of Mountain West.

“The growing number of affluent residents of The Hardware development and 4th West developments will soon stretch to 4th North, just across the street from the Garten current location,” the company wrote.

Construction is underway on the Ice House apartments, which will include 393 studio, one- and two-bedroom apartments, plus 28 townhome units, between 300 and 400 North.

The development includes a seven-story podium wrap building with two townhome pads. It will be exclusively residential and include seven tiered levels of parking.

Like much of the rest of Salt Lake City, Marmalade is split in half by US-89, a state-owned and operated surface highway that is also known as 300 West in this area.

Its nine lanes of carspace make the corridor an unpleasant place to dine. That’s not stopping local businesses from trying.

The increasing number of people moving into the area due to zoning that allows for townhomes and condos has apparently created enough demand to test business viability in the area.