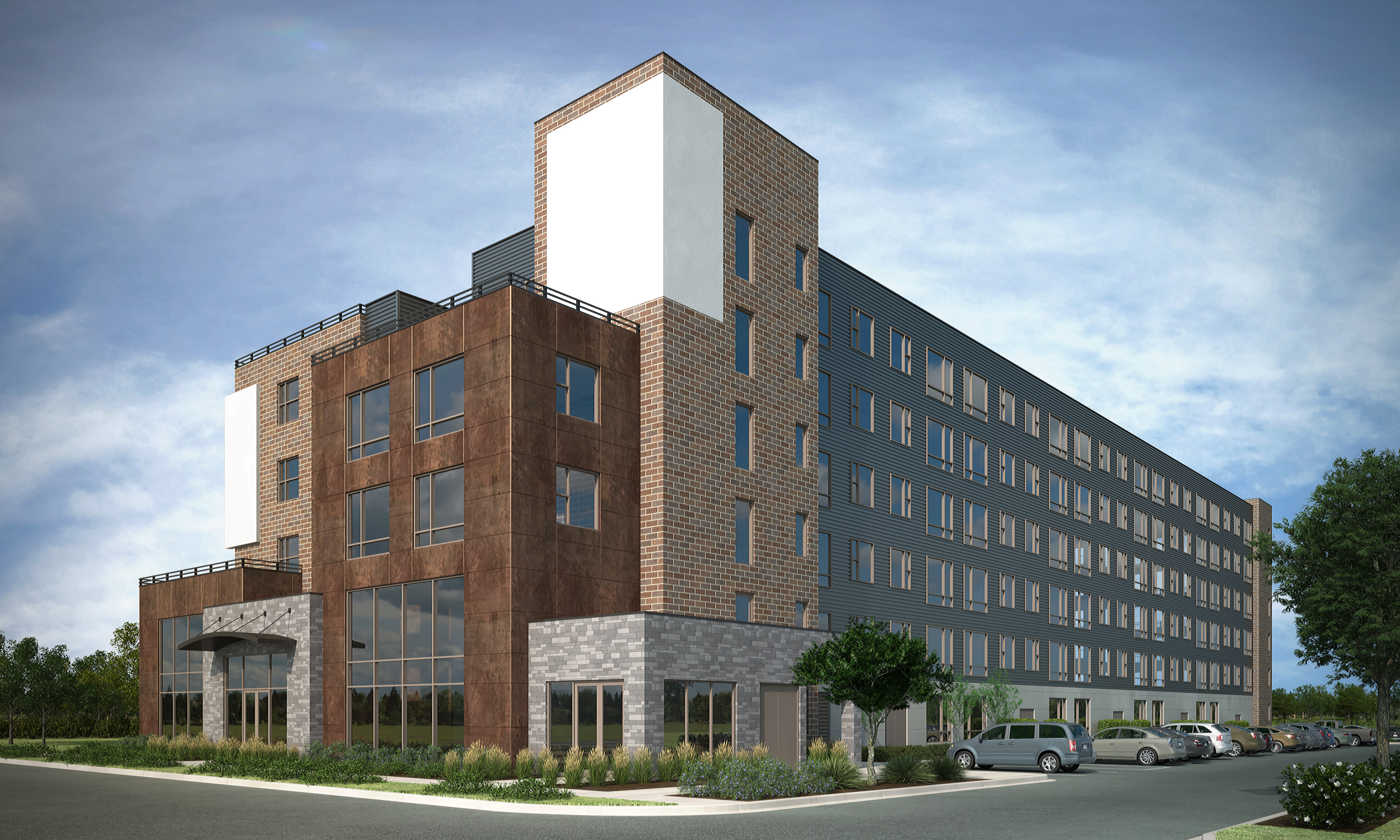 An affordable housing development is underway less than one block from Salt Lake’s largest cluster of under-construction market rate units.  Construction has started on the first phase of the North Fourth mixed-income development on the 300 North block of 500 West.

The project is a block to the west of the Hardware Village development that will add over 900 luxury units to the market when built out.

The first phase of the North Fourth is the second project in the neighborhood by the Giv Development Group.  The developers specialize in affordable and mixed-income communities and built the nearby North Sixth mixed-income project near North Temple on 600 West.

The first phase will be six stories with 112 one and two-bedroom apartments, 81 of which will be income restricted units that will include a mix of units available for residents earning between 25 and 50 percent of the Area Median Income (AMI).

Last December, the Salt Lake City Council approved a $1.5 million loan from the Housing Trust Fund budget for Giv to refinance and purchase an adjacent parcel for the project’s second phase.

The second phase of the North 4th project will consist of three mixed-use buildings with at least 124 units, 80 of which will be affordable housing.  The second phase will include 16 three-bedroom units, many of which Giv states will be reserved for refugee families, and five units reserved for homeless individuals.  Depending on the AMI, rents for the affordable units will vary between $260 and $600 a month.  According to Chris Parker of Giv, the second phase will likely grow in the unit count before construction begins on that phase.

Both phases will share amenity space that will be provided in and around a restored historic furniture warehouse building located just behind the site of the first-phase building.  The amenities will include a gym, clubhouse, conference room, office space, greenhouse, patio, yard space and bike repair area.

While the North Fourth project is very different from the adjacent Hardware Village, both developments were designed by the same the architecture firm, Architecture Belgique.

Like most of the affordable housing projects underway, the North Fourth is close to transit with the North Temple FrontRunner and TRAX stations two blocks to the south.