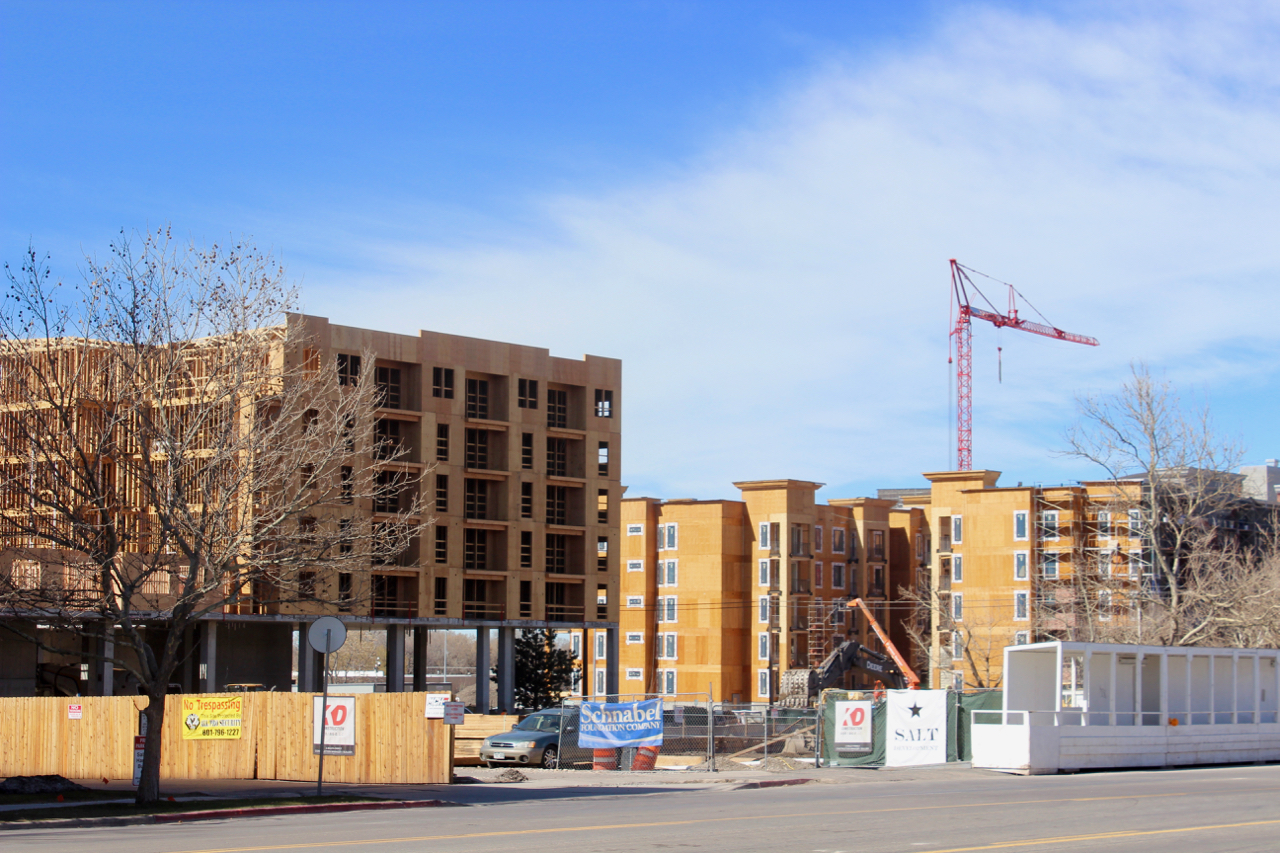 The Hardware Village development is large.  With over 900 residential units underway, almost one out of every five units currently under construction in the city is part of Hardware Village.  The project consists of three residential buildings, the 4th West Apartments, the East and West Village and a proposed commercial building.

Leasing for the northeastern portion of the 4th West building began last fall.  The five-story building is now fully framed out and when completed later this year, the building will add 497 residential units to the neighborhood.  The unit mix includes 99 studios and 149 one-bedroom and 249 two-bedroom apartments.  The project includes ground floor commercial space on 400 West.  The developers, Salt Development, are actively pursuing a small grocer for the northeast wing of the 4th West building.

The West Village building is over 50 percent framed out and will the next building to open after 4th West is completed.  The seven-st0ry West Village will consist of 265 units with five floors of wood-framed residential above a two-story parking podium.  The units will have 48 studios, 134 one-bedroom and 83 two-bedroom apartments.  The podium will be wrapped with 37 brownstone townhomes which will be a mix of one and two-bedroom units.

Work is underway on the parking podium for the East Village.  The East Village will also consist of five floors of wood-framed residential above a two-story podium.  The East Village will be the smallest of the three residential buildings and will include 144 apartments, with a mix of 32 one-bedroom, 107 two-bedroom apartments and five three-bedroom rowhomes.  The building will wrap around the separated rowhomes at the building’s west side.  As with the West Village, townhomes will wrap around the podium at the ground level.

The buildings replace over 10 acres of surface parking and will add a few thousand new residents to neighborhood.  The area is transit rich, being adjacent to a TRAX and FrontRunner station and the terminus of several bus routes.