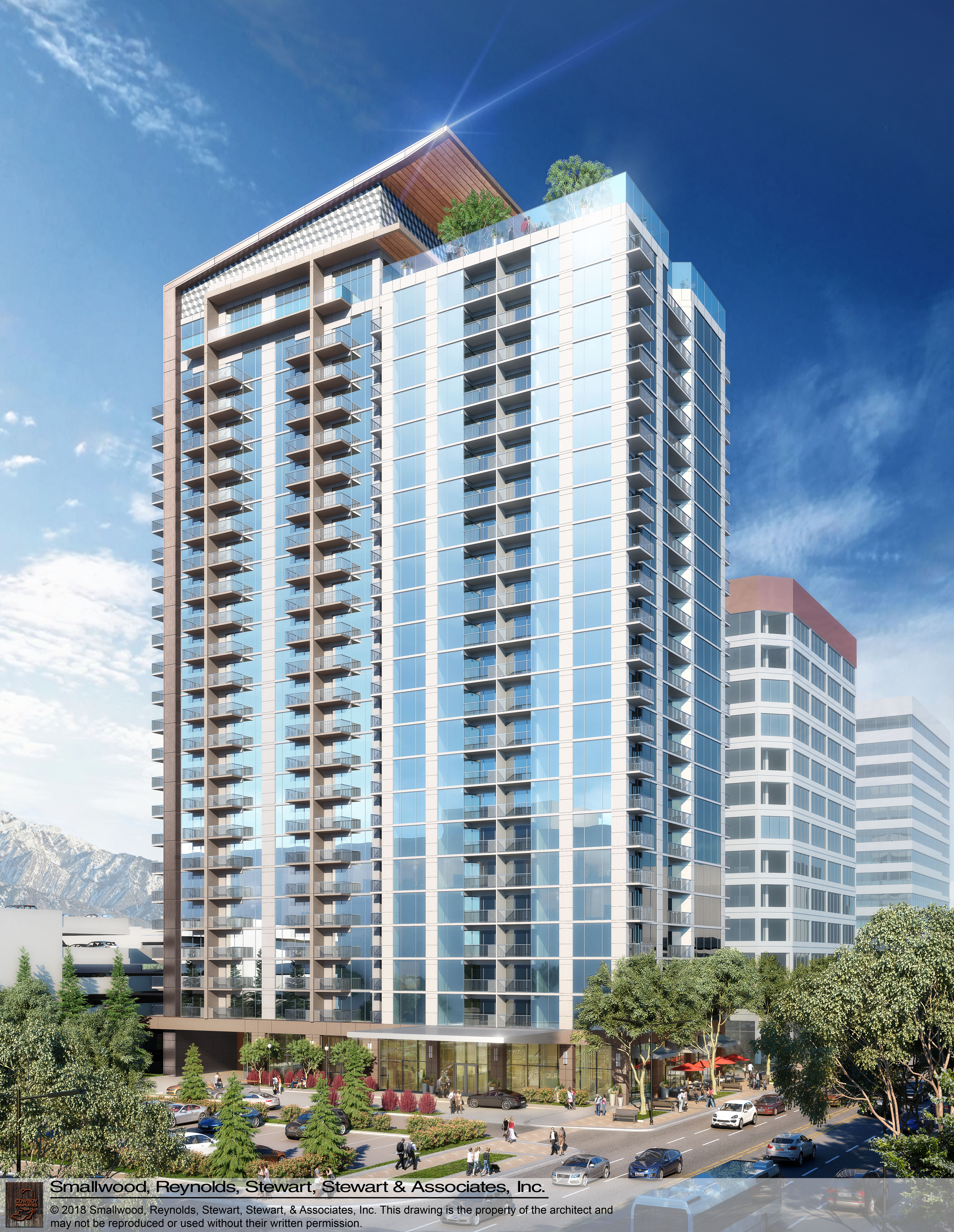 A stalled commercial project will get new life as a residential tower in downtown Salt Lake.  The Boyer Company has partnered with Cowboy Properties to develop Liberty Sky at 151 South State Street, the site of Boyer’s now-canceled 151 office tower.

“This is a great spot to do Salt Lake’s first high-rise rental product,” said Dan Lofgren, president and CEO of Cowboy Properties.  “I can’t say enough about the quality of this site.”

The developers plan to build up to the sidewalk level on State Street but the building’s main entrance will be to the north and will front a small public plaza.  Because of the length of the parcel, the building will be a bit narrower than most downtown structures which Lofgren argued allows for a more welcoming and open entry area that embraces the street.

“We are very confident about the parking ratio with the area’s walkability and access to transit,” said Lofgren.

According to Lofgren, Cowboy and Boyer had previously explored including a residential component in the plans for the 151 office tower but with the current demand for housing, especially downtown housing, the development team ultimately decided that an all-residential project would be best for the area.  At 24 stories, Liberty Sky won’t be the city’s tallest residential project as 99 West on the southeast corner of South and West Temple is 30 stories, but it would be the city’s first rental project to pass 200 feet.

The developers plan to start construction later this year but they will first need to go through the Salt Lake City Planning Commission for a Conditional Building and Site Design Review (CBSDR).  At a proposed 250 feet, the project is 150 feet taller than what is allowed for mid-block buildings downtown.  Under the D-1 (Central Business District) zoning, developers can build mid-block buildings taller than 100 feet if they go through the CBSDR process.   As proposed, Liberty Sky would be 45 feet shorter than the previously approved 295-foot, 151 Tower.

In 2014, the planning commission approved a height variance for the 151 Tower.  At that time, commission members determined that proposed height was appropriate because the office tower would front two streets, State Street and the driveway directly north of the building that connects State Street to 200 East.