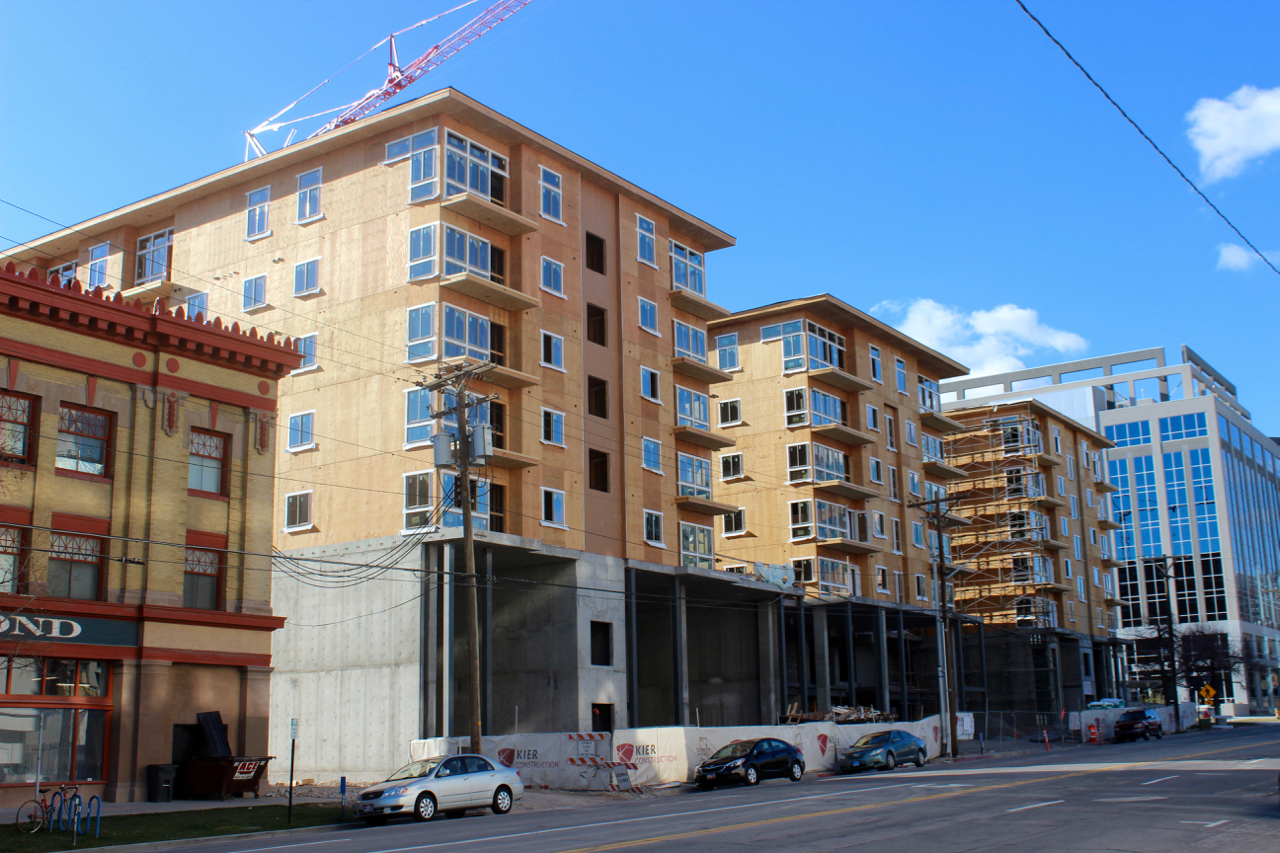 Up until 2014, the middle of the 100 South block of 200 East was a large surface parking lot.  In its place is a new parking garage and the under-construction Liberty Crest Apartments.  At seven floors, the 177-unit apartment building brings infill and residential to a block that was long underutilized and is becoming one of Salt Lake’s most diverse, with office buildings along State Street and 100 South and popular restaurants, bars and an art gallery on 200 South.

Cowboy Partners is the developer of the project that will five floors of residential above three levels of parking and five ground-floor townhomes fronting 200 East. There will be around 20 penthouse suites on the seventh-floor while the remaining available units will be one and two-bedrooms.

After Liberty Crest is completed, there will be only one remaining undeveloped lot on the block. Boyer, the company that built the new parking garage plans to build an 18-story office tower on the site at 151 South State Street.  The project has stalled since 111 Main secured Goldman Sachs as an anchor tenant.  Boyer received an extension last April from the Salt Lake City Planning Commission to build according to the exceptions and site design approved by the commission in 2014.  The 151 Tower appears to still be stalled as the only recent building permits that Boyer has submitted for the site is to landscape the property.