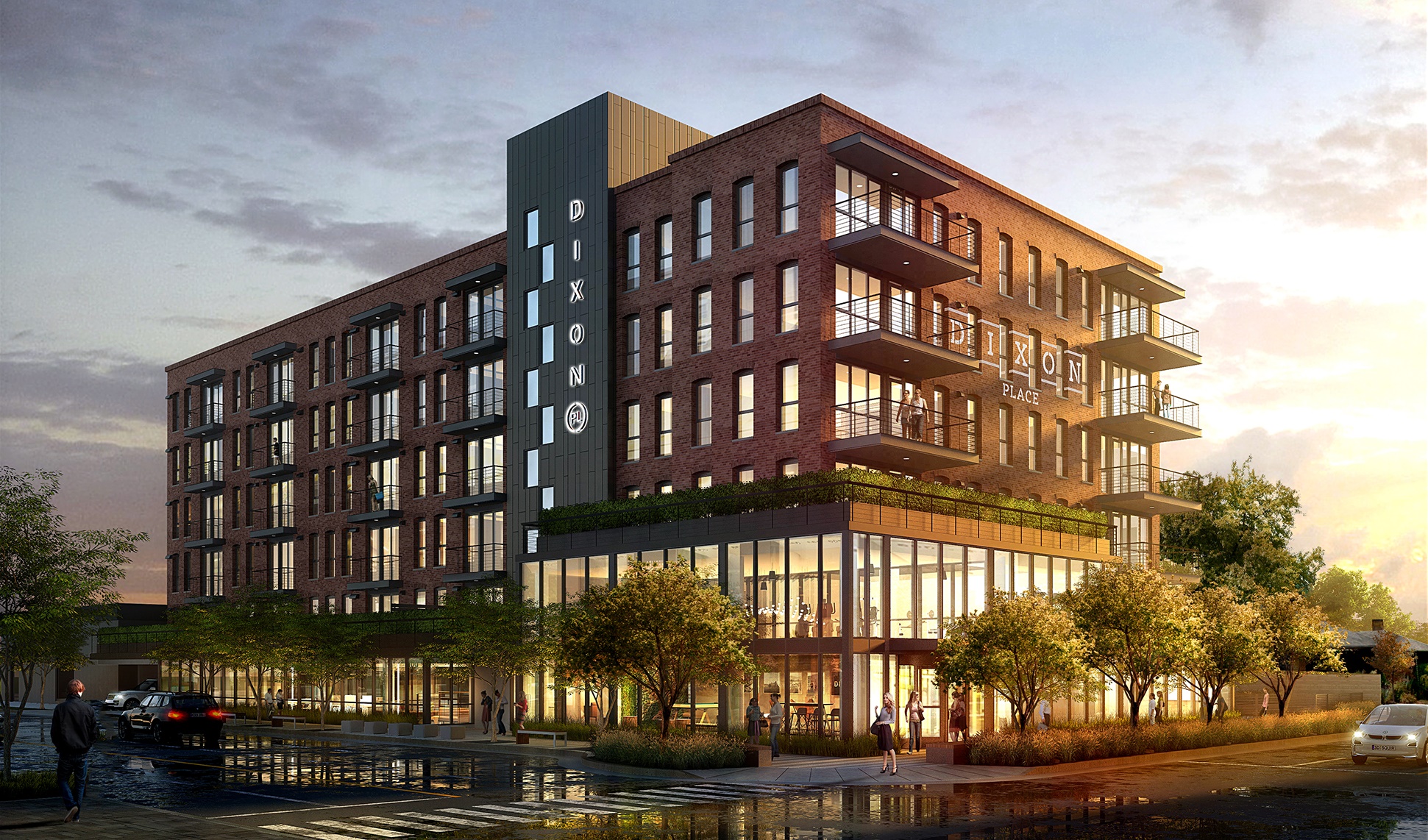 Developers started work this week on a 59-unit apartment building that will continue the urbanization of Sugar House, with more nearing completion or on the way in the coming months.

The six-story Dixon Place, at 1034 E. Elm Ave., will be the latest building to enclose McClelland Street in one of Salt Lake City’s fastest-changing neighborhoods, which has seen a string of developments that are remaking the area’s fabric.

The building will include 35 one-bedroom and 24 two-bedroom units renting around $1,500 to over $2,000 a month and aims to attract business professionals, singles and young families, according to a news release and interview.

“Salt Lake City is one of the fastest-growing regions in the U.S. and an extremely promising area for multifamily real estate development,” said Pieter Berger, senior associate partner at MVE + Partners, the firm that designed the Dixon Place. “We are excited to introduce a new design that reflects the rich history and culture of the Sugar House neighborhood while providing the modern features and amenities renters desire.”

Dixon Place pays homage to the family that previously owned a significant portion of Sugar House, including the property that’s currently a parking lot.

“My wife’s great-grandfather, George Dixon, was one of the founders of Sugar House,” said Alex Lowe, principal of Lowe Property Group. “We are honored to pay tribute to him and the Dixon family for their contributions to the Sugar House community.”

Parking won’t disappear as part of the project, however. The development would need only about 45 stalls for residents’ cars under a new parking ordinance proposed by Salt Lake City planners. It will have 79 parking stalls, with one level of parking under the building and another above ground.

Amenities will include a business lounge and conference room for remote workers, fitness center, no-cost bike share program, a coffee bar and pool table for residents.

“We are looking forward to creating a new headquarters for our company while providing a highly desirable housing option for this thriving area,” Ben Lowe, principal at Lowe Property Group, said in a statement.

The building will sit less than a block north of the S-Line, where the TRAX line and urban trail both dead-end before entering Sugar House. Completion of Dixon Place is expected by early 2021.

The family-owned development group is also moving ahead with a project that will bring an estimated 190 residential units to Highland Avenue, immediately west of Dixon Place. The Highland property, which Lowe is calling Sugar Alley, will include 15,000 square feet of retail space, Alex Lowe said Monday.

Sugar Alley will be separated from Dixon Place only by McClelland Street and the eight-story Sugarmont Apartments, which have apparently stalled during the late stages of development.