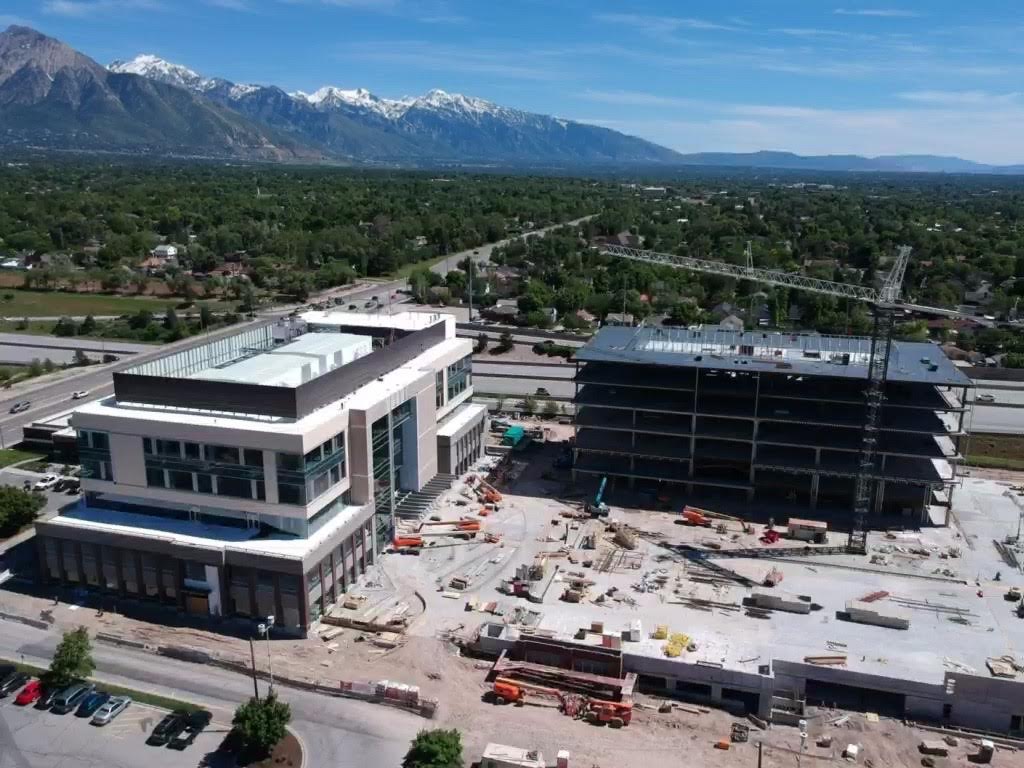 Big-D Construction is nearing completion on the first of what will be a three-building, mixed-use project that will cap the southern portion of Sugar House on the site that used to house a Shopko store.

University of Utah Health will move into Building A and open the Sugar House Health Center, on the east end of the site. The university will begin moving in this summer with plans to open by October, according to officials with CBRE, the firm selected to oversee leasing of the Park Ave SLC development.

Nearly half the Class A office space in the six-story, 150,000-square-foot Building B is leased out and set for completion by January 2020, CBRE officials said.

The building is set back to the south of Building A so the buildings complement one another, providing office employees with views of the Wasatch Mountains, Emigration Canyon, Sugar House and Downtown.

The buildings will share a large parking garage that will include some art space on the outside.

Both are steel-framed, but tariffs imposed by President Trump on international steel pushed up the cost of Building B over Building A by $1 million, officials said.

Contractors will work to finish the outsides of Building B on the east and north sides of the building by the time the U of U building opens.

A third, residential building will add 238 units in five stories above a two-story parking podium with about 3,000 feet of retail on the ground floor. Parking will consist of 1.1 stalls per residential unit.

The buildings mark the continued, rapid development happening in Sugar House, including residential, office space, mixed-use and a hotel.

Directly north of Park Ave SLC, Springhill Suites is nearing completion. The hotel will be the first to open in Sugar House in more than 20 years.

Nearby, the Sugarmont Apartments are nearing completion and will add hundreds more residential units to the area near the current terminus of the S-Line trail.

The 126-unit 21 by Urbana recently finished construction along 2100 South, a block northwest of the Sugarmont Apartments.

All told, years of planning is nearing completion in the city’s southern neighborhood. With so many projects coming online and residents being added, the heart of Sugar House will feel different very soon.