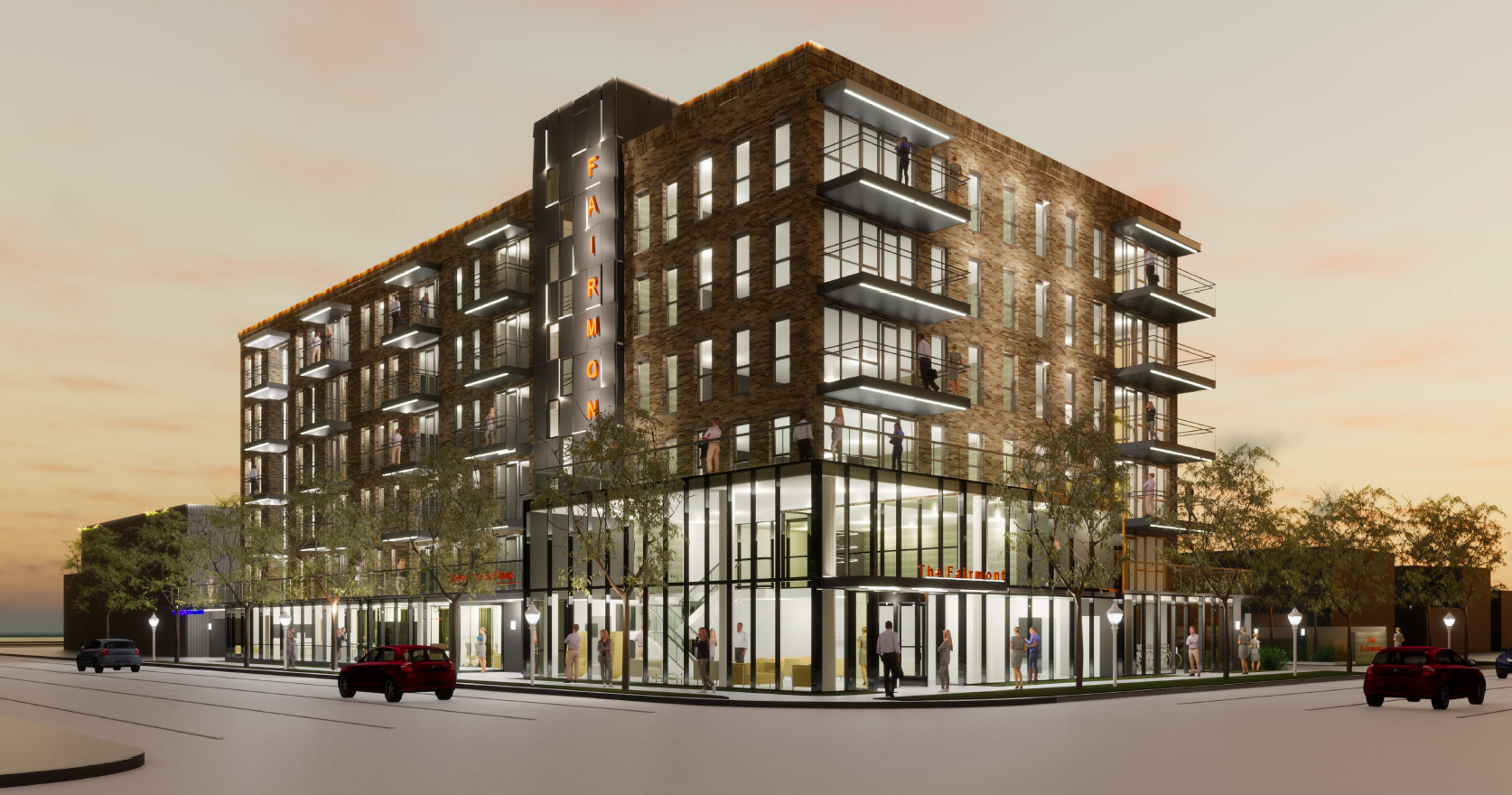 Sugar House’s building boom looks like it will hold steady over the next few years, including in the immediate area surrounding the Fairmont S-Line Station.  On Wednesday, the Salt Lake City Planning Commission approved with conditions a Conditional Building and Site Design Review for the Fairmont, a proposed six-story, 59-unit residential mixed-use development at the southwest corner of Elm Avenue and McClelland Street.

Developers, Lowe Property Group, plan to build the Fairmont on a 0.5-acre surface parking lot.  The project will have a mix of one and two bedroom apartments that will range in size from 562 square feet to 1,263 square feet.  The development will have five floors of residential above a two story-parking podium with 61 parking stalls.  Each unit will have a balcony and floors two through six will be setback at the podium level which will allow for roof decks fronting Elm Avenue and McClelland Street atop the podium.

The two-story lobby and a 1,900-square-foot office will wrap around the parking podium at the ground level.  The lobby and office will have a mostly glass, glazed exterior but the residential levels will have an exterior of mostly brick veneer and metal paneling.   A fitness center will occupy the second floor directly above a portion of the lobby and will have a similar glass glazing as the ground floor.

The project will be less than a half-block away from the Fairmont S-Line Station and Fairmont Park and will be the second project under construction in the streetcar station’s immediate vicinity.  Construction is actively underway on the Sugarmont Apartments, an eight-story, 352-unit development directly across the street from the site proposed site of The Fairmont on McClelland Street.

In a letter to the planning division, residents of the Sugar House Community Council expressed their support for the project but had concerns that the project could create a tunnel effect on McClelland Street.  Residents also lamented the project’s lack of street-level retail.

According to their website, in addition to The Fairmont, the developers plan to build apartments at the site of the now-canceled Dixon Building proposal.  Developer Craig Mecham had planned to build a six-story, 180,000-square-foot office space building that also would have been the home to a University of Utah medical clinic.   That project fell apart after the University of Utah opted to relocate its clinic to the under-construction Park Avenue development near 1300 East and Interstate 80.