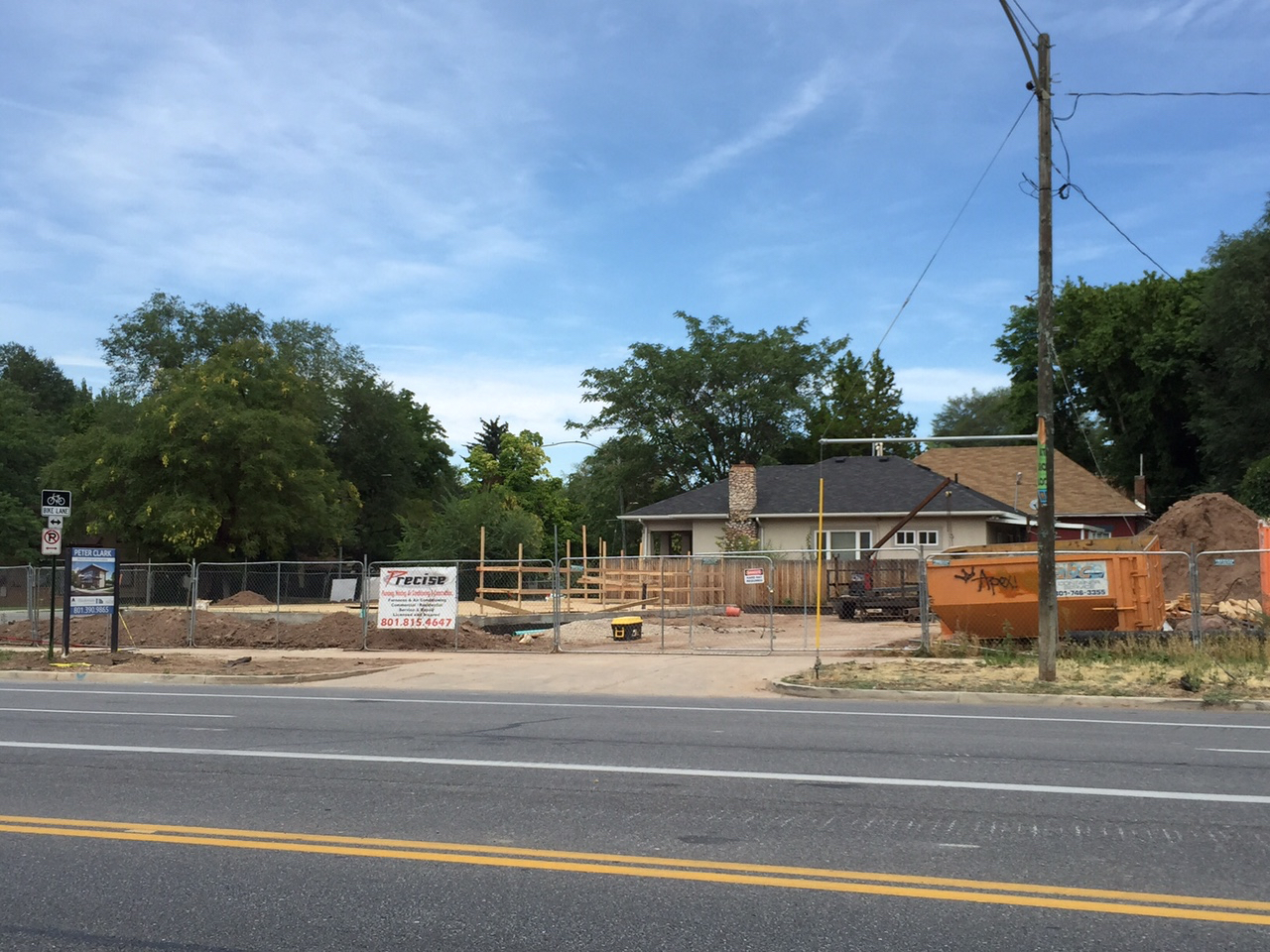 *This is an updated version of a previous post

A prominent yet, under-utilized intersection is about to become more pedestrian-friendly.  Construction is underway on a two-story mixed use development at the northeast corner of the 700 East and 900 South intersection, diagonally across from the northeast entrance to Liberty Park.

The Salt Lake City Planning Commission approved zoning variances for the mixed-use office/retail building at 705 East 900 South, diagonally across from the northeast entrance to Liberty Park,  that will allow the developer to build a more urban and pedestrian-friendly development than current zoning allowed.

Development facing a heavily used city park should be pedestrian orientated as parks are hubs for pedestrian activity.

The developer petitioned the commission for relaxed height and setback restrictions.

The parcel is zoned Small Neighborhood Business (SNB) which allows for a maximum height of 20 feet for a flat-roofed structure and front yard setbacks that match nearby development, which is this case consists of single-family detached homes.  The average front yard setbacks on 900 South is around 18 feet and just over 27 feet along 700 East.

The property will be pushed closer to the intersection of 700 East and 900 South, thanks to approved variances, the new building will have a height of 25 feet and front yard setbacks of 10 feet from the sidewalk along 700 East and an eight-foot setback on 900 South.

The previous structure on the parcel was vacant and had a large setback from the street level, with the building’s main entrance facing a surface parking lot that occupied most of the lot.

According to senior planner Lex Traughber, “The corner warrants a structure at this location to help to frame the street and create a presence given the magnitude of the intersection.”

The project will have a modern design that city planners feel will complement the surrounding area.  The proposed development will be 7,300 square feet, better maximize lot space and better activate the intersection at the street level with entrances facing the sidewalk and large street-facing windows.