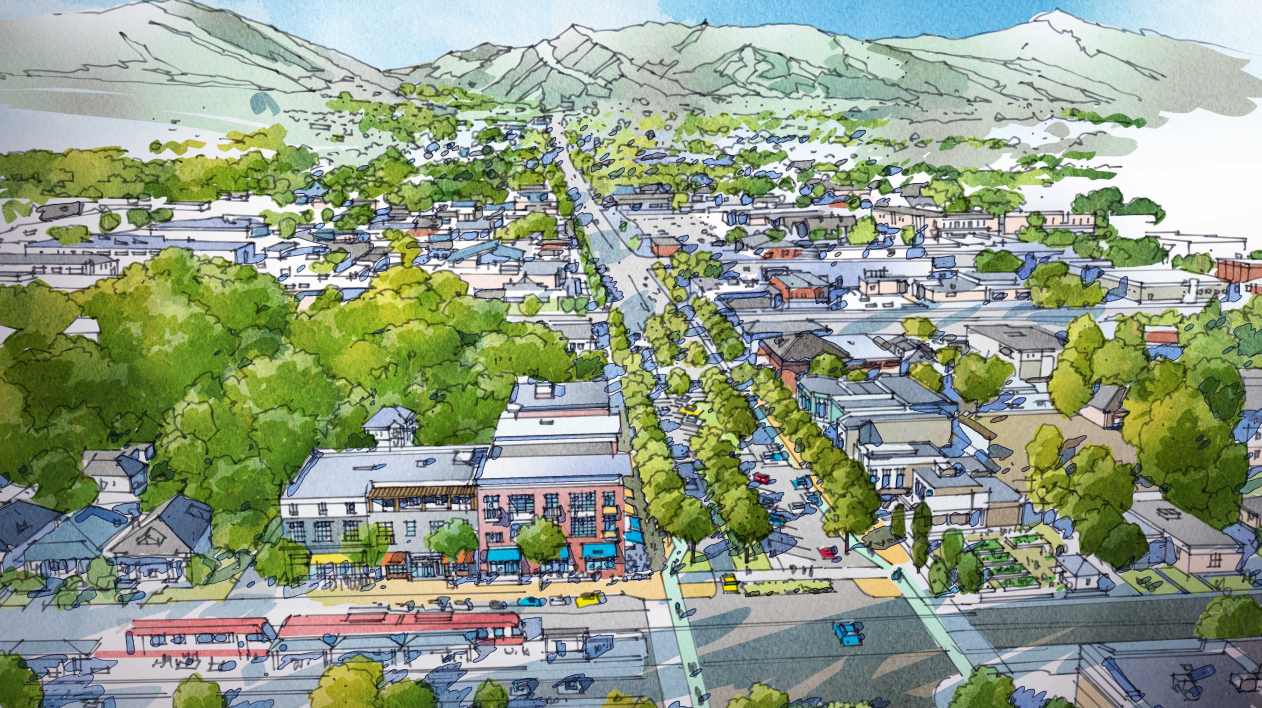 After several years of studies, Salt Lake City transportation officials are ready to move forward with plans to redesign 900 South into a complete street and important east-to-west corridor. City officials will hold an open house on Thursday, February 8, to take questions and gather feedback for a four-block portion of the city’s planned 9-Line extension.

The first phase of the 9-Line is an urban trail that runs along a former rail corridor between Redwood Road and 700 West, ending at the recently opened 9-Line Bike Park.  This city’s goal is to extend the 9-Line to the Bonneville Shoreline Trail and Emigration Canyon.  The only other portion of the 9-Line that is already completed is bikeway on the north side of Sunnyside Avenue from Guardsman Way to Arapeen Drive.

The city plans to start construction in May on four blocks of the 9-Line extension between 900 East and 1300 East.  In addition to repaving 900 South, the city proposes constructing a protected bike path (or cycle track) along the south park strip and add new bulb-outs at the intersections to shorten the distance of pedestrian crossings.  The street will retain its on-street parking, but the lanes will be reduced from four to three, with one lane in each direction and a center turn lane.

The 900 East to 1300 East corridor is part of the 9-Line’s central portion that stretches from 500 West to 1300 East.  While most of this corridor is still in design stage, the city’s preferred option is to reduce the street to three lanes and build a two-way, protected bike lane along the south side of the street.

In addition to extending the 9-Line, The city’s Redevelopment Agency (RDA) plans to rebuild the two-block stretch of 900 South between 300 West and West Temple into a pedestrian and bike-friendly corridor that would include a two-way cycle track, lane reductions and main street-style streetscape improvements.  The RDA expects to start construction on the two-block corridor next year.

The city will hold an open house for the 900 East to 1300 East portion on Thursday, February 8 at the Chase Mill in the Tracy Aviary in Liberty Park from 6 to 8 p.m.  Residents that can not attend the open house may submit feedback online.