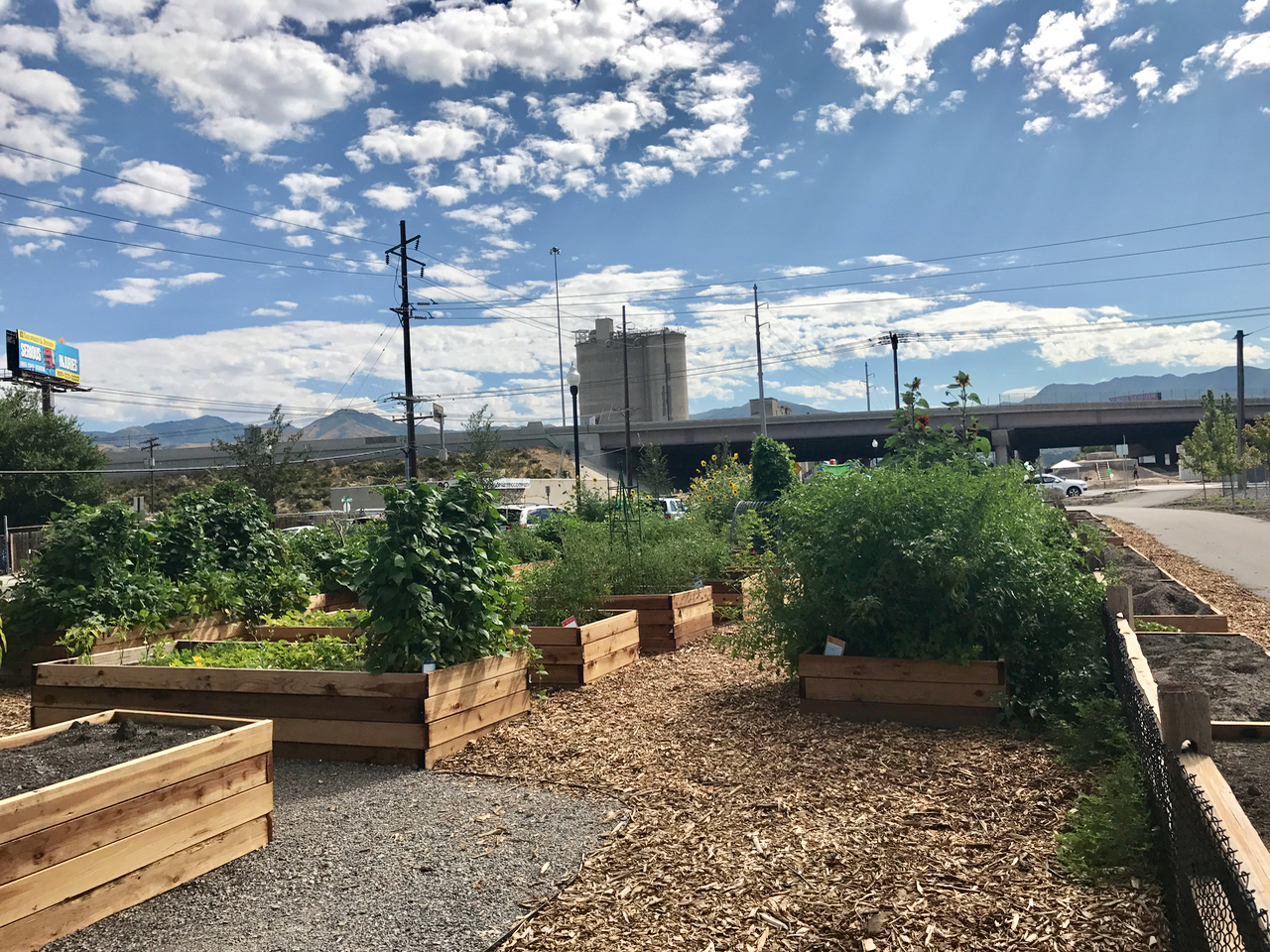 Salt Lake City’s Westside was the scene of celebration Saturday, August 12, as residents gathered to celebrate the 9-Line and officially recognize new improvements to the trail. The four-hour event billed as the Westside Forward Festival, served as the grand opening for the 9-Line Bike Park and Wasatch Community Gardens’ 9-Line project at the corner of 900 South and 700 West in Poplar Grove.

Salt Lake City Council member Andrew Johnston (District 2) praised the idea of taking “dead space” and transforming it into something the whole community can make use of.

“I’m so excited because a lot of times we look at areas of this neighborhood and we see them as barriers to progress, dead space, empty space. A lot of people worry about crime, the homeless, and those kinds of situations… (but) you can turn it into something unique and special and it attracts and draws people over to this neighborhood,” Johnston said.

The council member hopes this project will serve as the catalyst for further Westside enhancements and connections to the rest of the city.

“There are so many opportunities in Glendale, Poplar Grove, Fairpark and the whole Westside to do this. We have land, but what we don’t always have sometimes is being open to vision. Hopefully, this will start that process of what can be,” he said.

The bike park expansion is part of the of the 9-Line trail and was designed and constructed by Sagebrush Trails and Services, LLC. Improvements include the addition of beginner, intermediate and advanced jump lines. Shipping containers were used along the jump line entrances to better utilize space and leave room for community art projects. A shade structure was also constructed on the property. The community garden contains 68 plots, 14 of which will be used by refugee gardeners who are part of the International Rescue Committee’s New Roots program.

“It’s a fun and exciting community amenity for everyone to enjoy,” Seelig said. “The residents and families of this neighborhood reflect what’s best about Salt Lake City, a rich and growing diversity of people, cultures, businesses, and arts with a history, community, and identity all their own.” Seelig went on to read a proclamation from Mayor Jackie Biskupski declaring Saturday as “Westside Forward Day.”

City and local community leaders are working to enhance connections from the Westside to the rest of the city.  Physical barriers like rail yards and Interstates 80 and 15 impeded connectivity between the city and its west side neighborhoods.  City leaders hope trails like the 9-Line, its extension, the Jordan River Parkway and the proposed Folsom Trail help better connect the neighborhood to surrounding areas.  In addition, the city-adopted Westside Master Plan calls for greater connection and the activation of key activity nodes in the neighborhood.