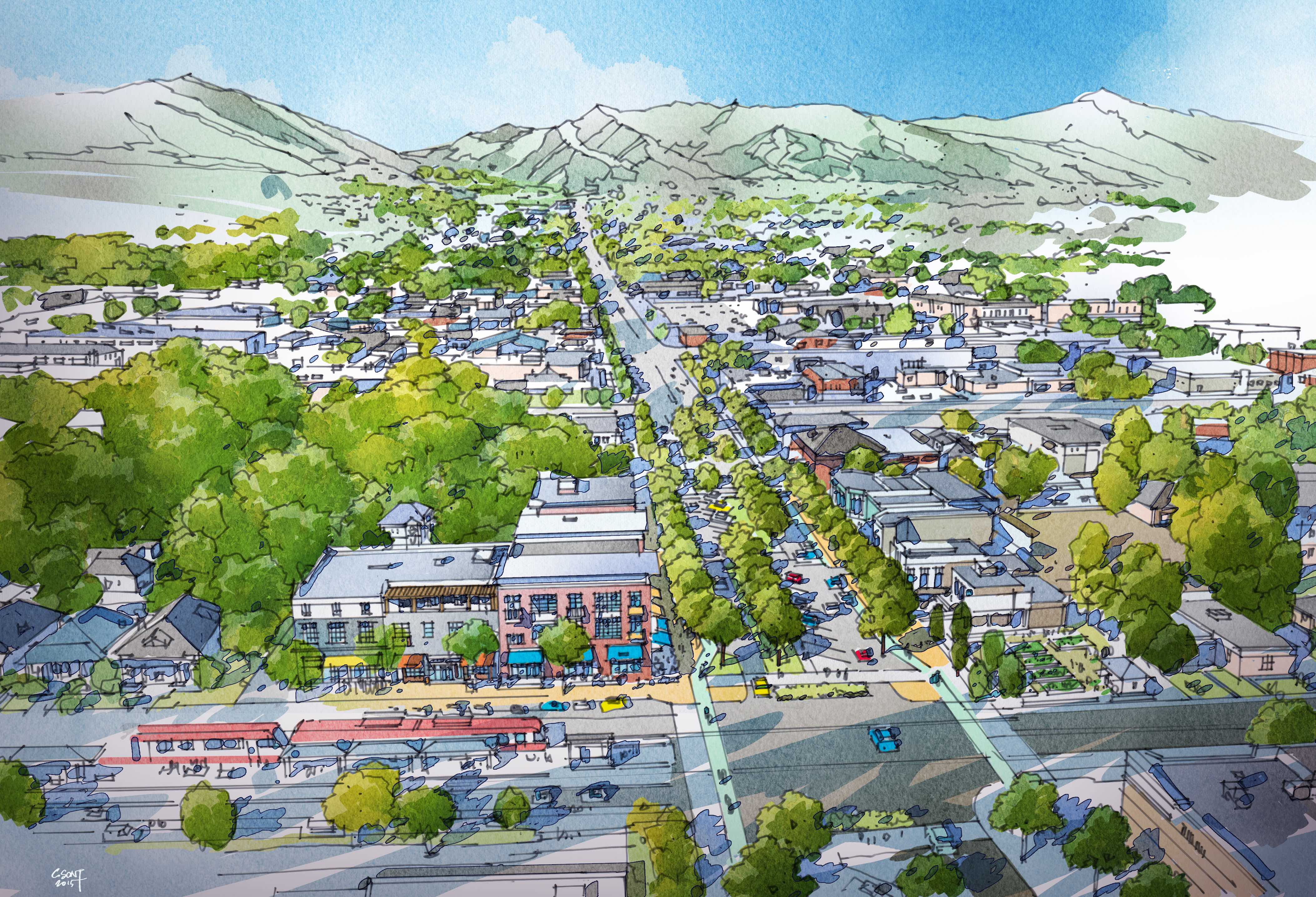 The 900 South streetscape is poised for some significant enhancements.  The Redevelopment Agency of Salt Lake City released renderings based on a vision plan for streetscape beautification for the two-block stretch of 900 South from West Temple to 300 West.

The renderings were the result of a 3-day Urban Design Workshop hosted by the RDA in the Central Ninth neighborhood. The RDA and its Design Team—comprised of urban planners and architects from Urban Design Associates and Alta Planning & Design—sought community and stakeholder input, with guidance from the Transportation and Planning Divisions, to create a vision plan for 900 South streetscape beautification.

Participants met at the Local First headquarters at the intersection of 900 South and 200 West.  The renderings show a more “complete” 900 South.  The current plan includes eliminating two lanes and adding a landscaped median with angled cut parking.  Cycle tracks are included that would connect to the new tracks installed on 200 West and be incorporated into the 9-Line expansion.  The plans also include trees

According to Amanda Holty, communication specialist with the RDA, the renderings were heavily shaped by community input received on the first two days of the Workshop, and will serve as a representation of what neighborhood residents and business owners would like to see in the final plans, which will be created at a later date after further refinement by the community and the Transportation Division.

At the intersection of Washington Street and 800 South construction has begun on the Prana Townhomes, a 21-unit townhome project.  In September, the RDA board approved a loan to Fayette Investments, LLC to acquire two adjacent parcels at 254 West Fayette Avenue and 968 South Washington Street to build a four-story building with 43 residential units.