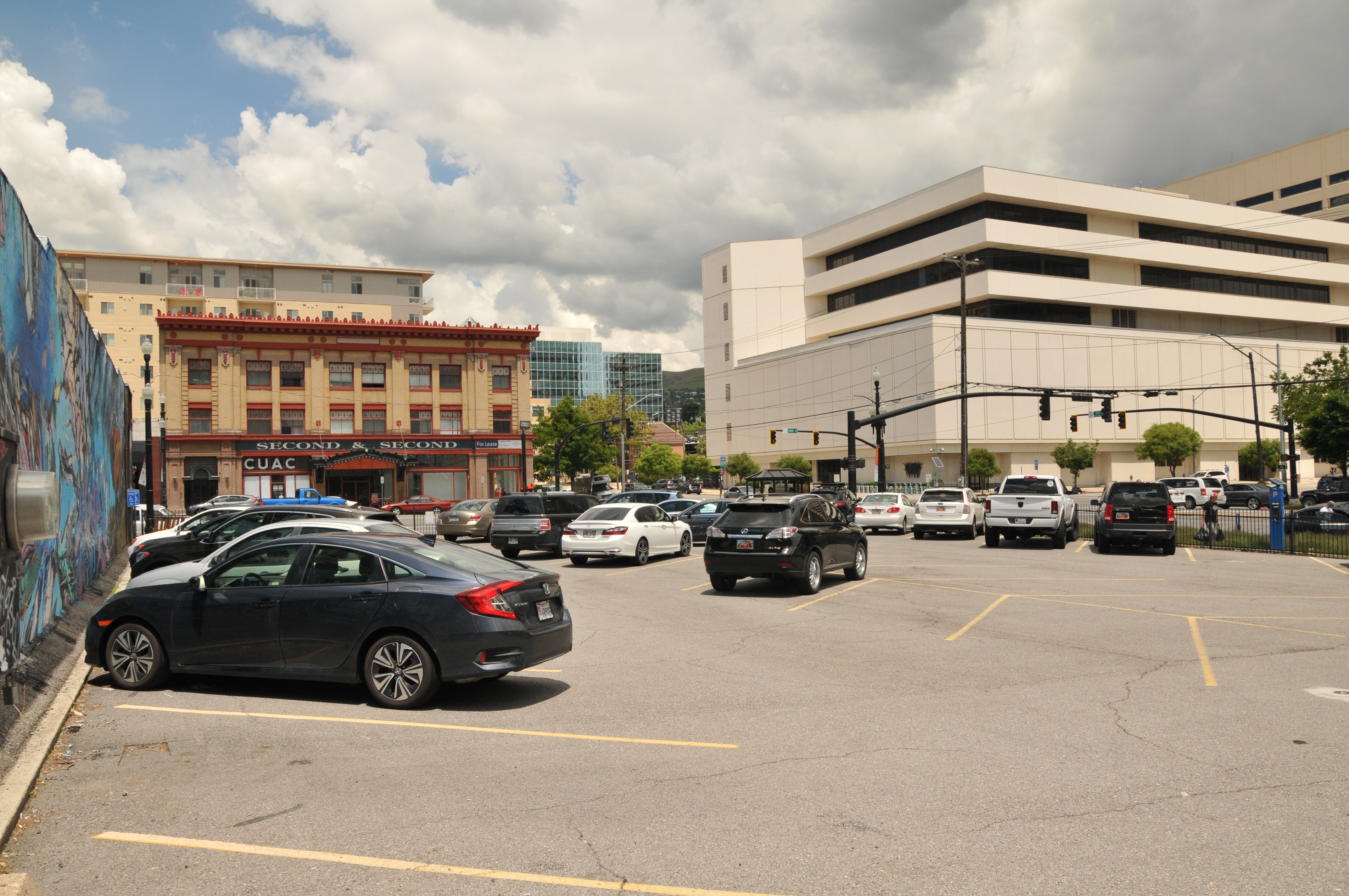 It’s been called the tail that wags the dog of housing design. An insidious driver of high cost. An incentive to auto-dependence and an enemy of urban design.

At its work session this week, the Salt Lake City Council will consider the Planning Division’s new omnibus parking ordinance, which was initiated in 2017.

The 140-page draft piece of legislation rewrites or revises 15 distinct sections of city code. Much of the new ordinance is a clean-up and a consolidation, rather than an issuance of new policy.

Yet the ordinance makes several important moves, including the introduction of a new layer of classification for determining the city’s requirements – the “context area.”

The proposal puts ~80% of the city in its “General context area” which, according to the planning staff report, “includes the city’s zoning districts that tend to be more auto-dependent and/or suburban in scale and parking needs.”

For multi-family developers, that means that in 80% of the city, one off-street parking stall will still be required for every studio and 1-bdrm dwelling built in multi-family zones.

Will such policy move the needle on issues important to the Mayor, like affordable housing in all areas of the city, improvements in air quality, and progress toward a walkable, 15-minute city?

The previous parking regime dished out its rules on two levels – requirements for each land use as well as special rules for zones that are supposed to achieve urban design goals, like downtown and transit zones.

The proposed code adds an additional layer: the context area.

Four context areas have been proposed. They vary in density intensity, from high to low: Transit, Urban Center, Neighborhood Center, and General. Each context area has a cluster of zoning categories assigned to it:

The city is hoping that the introduction of context areas will allow it to gauge parking requirements appropriately, according to the area of the city a certain land use is occurring. Planning states, “The parking demand for a downtown area served by transit will be much lower than a downtown adjacent neighborhood or suburban shopping center.”

The context areas aim “to ensure that minimum and maximum parking requirements reflect the built context (and future built context) of the area.”

Thus the logic of grouping zoning categories into the context-area buckets. Yet the General context, covering 80% of the city, seems ill-defined, reflecting the city’s lack of updated plans and zoning in neighborhoods such as the Granary, Central City, East Central, Ballpark, and Liberty Wells.

With the exception of the Granary, these neighborhoods have patchwork patterns of single-family, small-scale commercial, and multi-family (RMF) zoning. The Granary’s zoning is CG-General Commercial, which requires nearly every residential development application to undergo a planned development process due to the zone’s poor treatment of housing and urban design.

In Liberty Wells, a developer was recently forced to seek a master plan amendment, a zoning change, and planned development approval for a 7-unit project on a .32 acre site at Cleveland Court (1430 S) and 400 East. The proposal was successful, and the city approved its first formed-based zoning (FB-UN-1) outside a fixed-rail transit context.

Even though the property resides in the General area context, the pre-empting section of the code will be the requirements of FB-UN-1, which for parking, is zero. The developer, per their planned development agreement, will be including eight parking stalls in the project.

The existing zoning, RMF-35, required too much land assemblage to achieve a unit count high enough to meet the developer’s affordability requirements, which they are achieving at 80-100% AMI without the help of federal tax credits.

The city is in the process of revising its RMF zones, with a major rewrite of RMF-30 still being considered by the city council. It includes a reduction in parking minimums and maximums for multi-family construction:

The report continues: “However, the RMF-35 district is located primarily in centrally located areas of the city where lots are not very large, and land is more valuable. Thus, the existing lot area minimum encourages developers to build larger, more expensive units on smaller lots to break even financially or to consolidate multiple lots to create larger developments.”

Despite the context areas, what counts most is still a parcel’s zoning

The planning department’s proposal seems to relegate 80% of the city to a future of auto-dependency and high housing costs, where requirements to build ample off-street parking incentivize driving, depress demand for transit and walkability, and increase rents.

Yet at the same time, planners have initiated changes in RMF zones which will lift significant restrictions on infill development, including off-street parking requirements, in many of the city’s neighborhoods. The city council has also expressed frequent willingness to upzone for compatible infill in neighborhoods with outdated master plans and zoning.

This week’s city council work session on Tuesday will reveal the council’s attitudes towards the role of parking requirements in the city’s vision for an equitable, affordable, and green city.