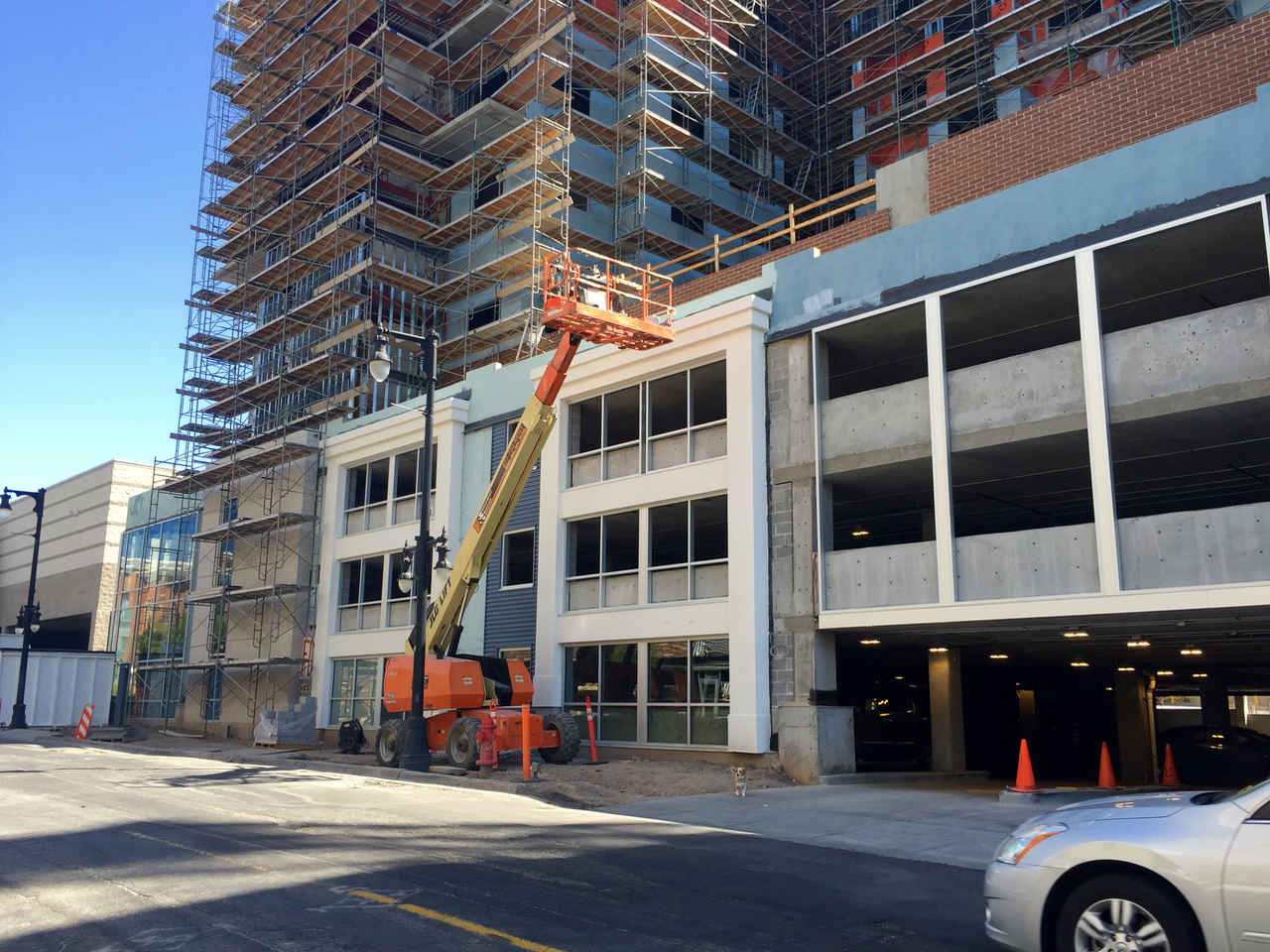 Salt Lake City planners and public officials have been studying the city’s off-street parking regulations for years, but the paint has yet to hit the pavement.

What’s holding up the process? Nothing in particular, according to city officials. The Salt Lake City Council has had several work sessions on the ordinance over the past year and a half, and city planning staff have been working to fine-tune the ordinance according to the council’s feedback.

The ordinance aims, in part, to facilitate more land-use mixing in Salt Lake City, as well as the city’s larger goals to reduce car dependency and increase transit usage and investment as a means of working toward climate change benchmarks.

Parking is also very expensive to build and maintain, which often means that those costs get passed down from developers to residents in the form of expensive parking fees or higher rents. As Salt Lake City continues dealing with skyrocketing housing costs and a shortage of units, the ordinance attempts to streamline some of those parking regulations in order to make new housing less expensive.

Here is a background and the latest details of the ordinance, and when it might get back in front of the council for more action.

The off-street parking policy’s journey started all the way back in 2017, when former SLC Mayor Jackie Biskupski filed a petition to change the city’s parking policies. City staff conducted outreach and public engagement later that year.

Planners came up with an ordinance that categorized the city into four different “context” areas and crafted off-street parking regulations according to the context. Transit contexts, such as Downtown and the Gateway area, have the city’s highest densities and are located near transit, so there is lower demand for parking there. Urban center contexts, including Sugar House, Marmalade and Guadalupe, have higher densities and more pedestrian-scale development with low-to-moderate demand for parking.

Neighborhood center contexts, such as 9th and 9th, Foothill Village and the 1100 East commercial corridor, have some pedestrian-scale development and amenities, but usually aren’t served well by transit, so they have the most varied off-street parking needs. General contexts, which include single-family neighborhoods, industrial areas and some arterials, are often auto-dependent and lack transit, and have the highest demands for parking, according to the city.

The city Planning Commission gave the four-contexts proposal a positive recommendation in January 2020, and it was forwarded to the Salt Lake City Council.

After that September discussion, council members came up with 14 bullet points of the ordinance for which they still wanted further clarification. Those points included questions on regulations of the ordinance in certain areas, including Central 9th and Ballpark, parking maximums for restaurant uses and multi-family developments, parking for storage and warehousing areas and congregate care facilities, bicycle parking and other details.

City planning staff addressed the council’s 14 outstanding concerns and delivered another update to the council in April 2022.

But in the meantime, an outside consultant conducted another study about parking demands in Central 9th and 9th and 9th, which was delivered to the city in February.

The study predicts that parking demand in the Central 9th area will reach about 71% of the area’s off- and on-street parking capacity once businesses are able to open to their full capacity in the wake of the COVID-19 pandemic.

The study suggests changing the form-based FB-UN-1 and FB-UN-2 zones, both located in the Central 9th area, to require some sort of parking minimum, as opposed to the no minimum required now, and to expand the form-based zones to more areas of the city (respondents in the study expressed frustration with Central 9th being a testing ground for these zones).

When planning staff came back to the council with the April update, the additional information considered the above issues in Central 9th, but ultimately recommended leaving the ordinance as proposed. Much of the neighborhood lies within the transit context, which limits off-street parking for multifamily developments. Staff noted in their report that the neighborhood is one of the best for transit in the city, with all three TRAX light rail lines going through Central 9th, as well as two high-frequency bus lines.

But is that too generous? Allowing that much parking for multifamily developments and making it too easy for residents to park there could lead to developments that are simply adjacent to transit instead of oriented with it.

A 2017 study of light-rail transit in urban areas found that residential developments near transit stations in Denver weren’t well-oriented with transit and led to gentrification. If Salt Lake City’s ordinance doesn’t do enough to decentivize car use for developments in the transit context, the city could fail to realize the benefits associated with transit-oriented developments, such as higher densities, more public transit use, more walking and biking and lower housing costs.

It’s likely that the City Council will take up the parking ordinance again sometime after it deals with the budget, according to council Media Relations manager Beatrix Sieger.

After the council received the April update, there just wasn’t time to fit the parking ordinance into the schedule before city budget season, Sieger added. So it’s on the list of items to tackle after the budget is finalized.

“While it may seem that there has been little movement on this issue, there are always many small actions taking place in the Council office that keep each project moving forward to guide the steps toward future completion,” she said in an email. “This project is within the normal realm of moving forward and not a slow-down in any way.”

Some things just take five years and counting, it seems.