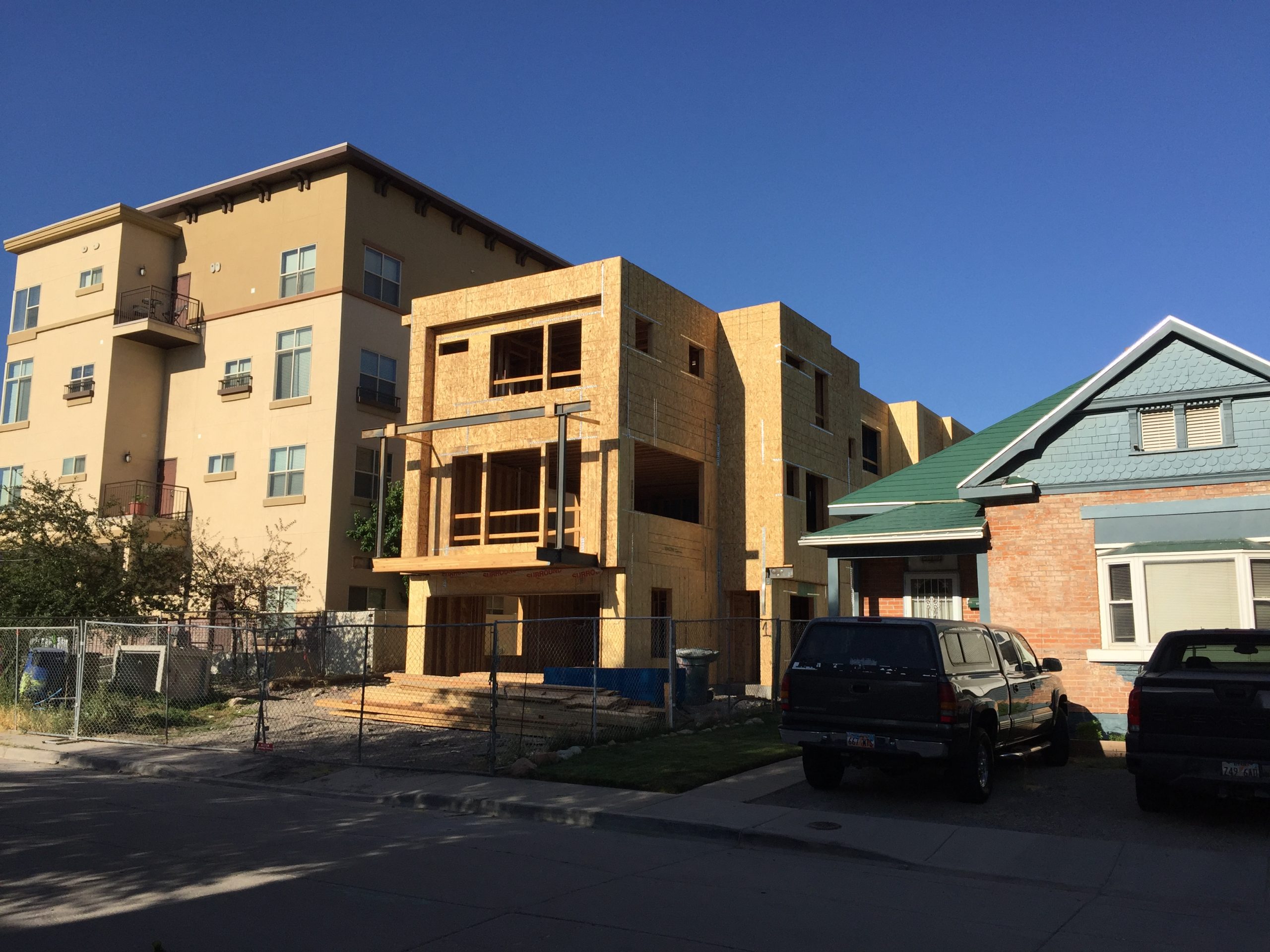 For decades, the zoning requirements in the city’s RMF-30 zone – large setbacks, minimums for lot width and lot area per unit – made cost-per-unit for new construction difficult to pencil.

Developers couldn’t build enough units on a property to justify removing a century-old home that might have multiple rental units in it. The building was worth more than the land. Combining lots didn’t change the equation much.

That equilibrium is about to shift. The Salt Lake City Council is set to vote Tuesday on a RMF-30 rewrite that will allow multiple housing types and more units per lot. Some 1000 properties, mostly in Central City, East Central, and Sugar House will be affected.

While the city council seems generally in favor of the changes, preservationists, anti-poverty groups, and renters’ advocates have mobilized against the proposal. They foresee “a whole landslide of property that would be subject to redevelopment” in a “trade of less expensive housing for more expensive housing.”

Several city council members have expressed concern over displacement of vulnerable populations and an overall loss of affordable units.

Meanwhile, last week two organizations ramped up their pressure on the council to mitigate the loss of “naturally occurring affordable housing,” much of it that sits on RMF-30 and -35 zoning. They are also demanding that the city include a 20% affordable housing mandate – or fees paid in lieu – for all new development within the city’s proposed affordable housing overlay area.

In a press conference conducted over Facebook, Crossroads Urban Center and Utah Renters Together presented their cases to the city council to shelve the RMF-30 revision until provisions to advance the supply of affordable housing are met.

The city’s Planning Division currently has two ordinances on their way to the Planning Commission and City Council that “provide an opportunity to do some things right,” asserted Tim Funk, Crossroads’ Community Housing Advocacy Program director. Yet the city, Crossroads contends, has the pieces out of order, and like making “a soufflé, you can have all the right ingredients and the right recipe, but if you do things in the wrong order, it just falls flat,” noted Bill Tibbits, Associate Director.

Advocates point to two key pieces of legislation currently working their way to the city council that they claim must precede the current RMF-30 proposal: the affordable housing overlay and the housing loss mitigation ordinance.

In its current form, the affordable housing overlay relies on density-bonus incentives for developers to offer below-market rents to income-qualifying renters. Advocates say that’s not enough.

To proceed with the RMF-30 revision without the protections, incentives, and potential mandates for affordable housing in the overlay and mitigation ordinances, “Would lead to gentrification and displacement. It will lead to further housing affordability problems,” asserted June Hyatt of Utah Renters Together.

Hyatt’s group was sparked into action by the rapid sale and eviction notices given to renters at Hawthorne House apartments in the lower Avenues – with no communication from management or ownership. Low cost market rate apartments are being renovated into high-end units – and renters are out on their ear. The similar upscaling of buildings in the Central City and East Central neighborhoods has been notable in recent years.

“This is unacceptable behavior,” Hyatt told the city council. “And this [RMF-30] proposal perpetuates this type of activity where a faceless developer can come in and build housing to meet their profit margins with no concern of current residents or the residents around them.”

“We urge the city council to wait on passing this zoning change until affordable concerns are prioritized,” Hyatt added.