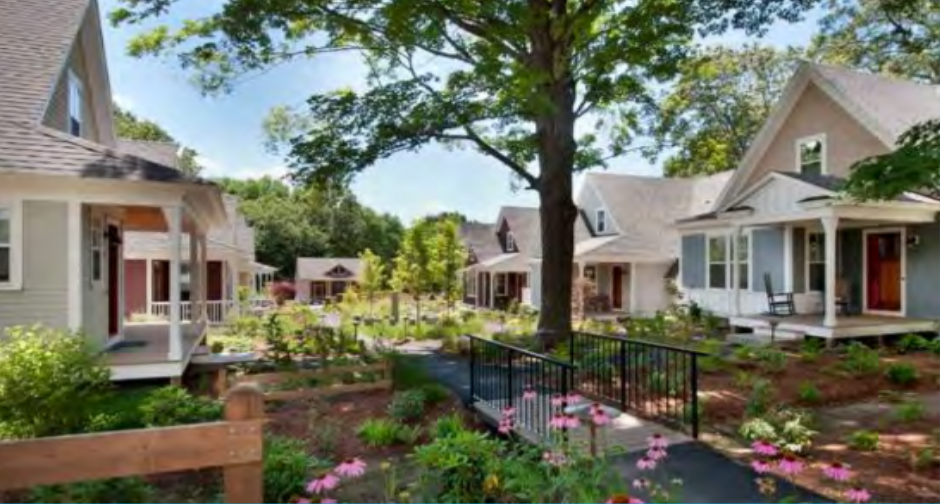 In a proposal important to developers of small multi-family urban infill, planners from Salt Lake City proposed revisions to the RMF-30 zone to the city council this week.

It’s the city’s most recent go at a new residential infill ordinance since pioneering form-based codes originated in Central 9th about 8 years ago.

The development and preservation stakes are high. Key established neighborhoods east of State Street are sprinkled with RMF-30 zoning, as well as low-density areas in the northwest.

District 4 (Downtown) has the most intense concentration of RMF-30. Much of it overlays single-family homes.

Increasing density while maintaining neighborhood scale seems to be the initiative’s goal.

While council members seem generally supportive of the proposals, their enthusiasm was dampened by considerations brought up by housing affordability and historic preservation advocates.

The city council will likely have another work session discussion on the proposed ordinance changes before voting. During its discussion this week it signaled some significant discomfort, perhaps for the first time, with unintended consequences of the ordinance revisions.

Minimum lot area requirements, minimum lot width, allowing only one principal structure on a lot – these are the barriers to providing more housing in the city’s multifamily zones, planners argue.

Their proposed fixes turn multiple dials. More than one principal structure will be allowed, the city will permit a variety of housing types and reduce lot area requirements while eliminating lot width minimums. Simultaneously, the proposal establishes design standards and incentives to preserve existing structures.

Parking requirements will see no change. The current requirement for off-street stalls is 1 per bedroom, .5 for studios.

To avoid demolition and displacement, planners have added a density bonus for maintaining existing structures. Critics say it’s not enough.

No city council members had complaints about the details of the proposed ordinance change. It seemed universally acknowledged that adjustments will favor well-designed, compatible development of infill parcels.

District 7 (Sugar House) councilwoman Amy Fowler led off the discussion by describing the vulnerability she experiences as a renter of a house which sits on RMF-30 zoning and would be under development pressure if the ordinance passes.

Even if the single-family home is worth a half a million dollars, six townhomes on the same lot could each sell for that amount.

District 2 (Poplar Grove, Glendale) councilman Andrew Johnston acknowledged that development pressure of this kind is higher in some neighborhoods than others.

“I think developers are looking at certain areas and not others…very specific neighborhoods are going to be disproportionately affected by this particular change.” He didn’t mean on the West side.

“Right now, in order to build multi-family housing in a lot of these zones, the only option is to demolish houses and combine multiple lots.”

Mano, an architect by trade, continued: “Whereas with this proposal we could see smaller, more neighborhood-sensitive, less impactful on the immediate neighbors, but have a big impact on increasing the number of units because we have all these small lots that could be developed on their own.”

A number of council members mentioned their desire to consider concurrently the city’s stalled housing loss mitigation ordinance. Housing and Neighborhood Development officials told the council that the Covid crisis had put a halt to that committee’s momentum.

The pushback – what about affordability, existing density, and preservation?

Planning staff acknowledged that many existing lots contain buildings that supply more units currently than what could be built under the updated zoning.

Due to market forces, “It isn’t likely,” Mayara Lima, Principal Planner stated, “that existing multi-family structures will be demolished for fewer units…even if [new] units could be sold at a higher price.” Yet planning staff “does acknowledge that displacement of existing housing could occur through this amendment.”

Owner of a handful of rental properties, most of them historical, in the East Central and Central City neighborhoods, former planning commissioner Cindy Cromer wrote the city council that market value wouldn’t be saving original, preserved, high-value structures.

Not in modest, emerging neighborhoods nor in established, pricey ones, Cromer insisted in her email.

She seems to have the ear of at least several council members.

Cromer called existing units in emerging neighborhoods “modest housing” – what one could call ‘run-down but once-quality’ rentals. East Central, Central City, Ballpark, Liberty Wells, and “Sugar Hood” are some of the neighborhoods which host significant units of such housing.

It lies on the lower end of the market rate spectrum.

Cromer warns about damage in tony as well as modest neighborhoods. She wrote to the city council, “Existing housing which meets or exceeds buildings codes will come down…Properties in high-end neighborhoods such as Federal Heights, Yalecrest, and the Country Club are selling for the value of the land…If you increase the density in the RMF-30, you make the land more valuable as vacant property.”

A staunch historical preservation advocate, Cromer confesses that even she wouldn’t be able to resist market demands for demolition and redevelopment: “My own buildings will come down if you make the land more valuable by increasing the density.” “You are trading less expensive housing for more expensive housing.”

The city council will decide, likely after another public work session discussion.

Perhaps they should also reconsider where RMF-30 zoning is applied, as well as what the code says.