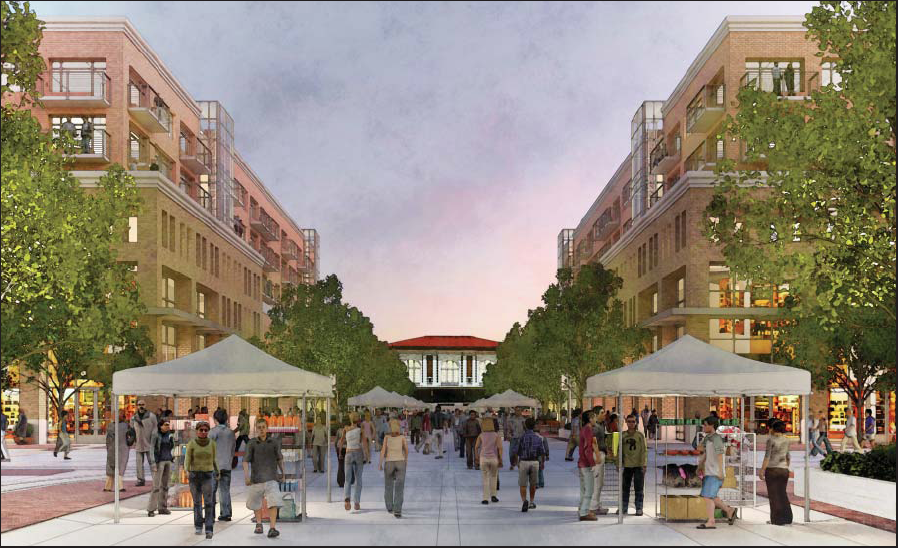 The first, a zoning petition from a developer to raise heights in a portion of the Depot District zoned Gateway Mixed Use (G-MU), was postponed, despite the council having closed the public hearing and scheduled it for action.

The council’s interest in the item is notable, given that both the Planning Commission and Planning Division staff had previously given negative responses to the proposal.

The parcel is located at the SE corner of 300 South and 600 West. The zoning proposal would increase heights to 190 feet on corners and over hundred feet with design review on the midblock parcels in the area below, the “core” of the area dubbed “Station Center” a decade ago by the city’s Redevelopment Agency.

The RDA has significant property holdings therein, and has failed to develop any of them – with the exception of the non-profit developer Artspace rehabbing the Beehive Brick building (now Macaroni Flats), once owned by the RDA.

The council indicated that they were interested in excising “public benefits” for the upzone, yet were not prepared to discuss those in detail. In addition, the council hesitated to include all of the properties in the core Station Center area in the upzone, which would complicate the collecting of public benefits on future projects who also receive the height increase in the area, as well as precedent-setting for other properties in the G-MU zone.

Utah Transit Authority has told Building Salt Lake that they are watching this petition closely, as they have plans to redevelop their properties in the area proposed to be upzoned, including an office tower for their administrative functions.

As senior city council staff reminded council members of the “highly unusual” nature of the petition, the council chose to turn the ball back to multi-departmental staff at city hall. Council Executive Director Cindy Gust-Jenson suggested producing “three solid proposals along the spectrum“ for the council to consider and modify.

Still seemingly in the mood to spur development across the street from the largest transit hub in the state, the council set a deadline at the end of January for staff to present the results of their work.

The council’s second item – making it easier to build multi-family developments in its Residential Multi-Family 30 feet (RMF-30) zone – was also punted. Concerns about the effect on existing affordable units and the lagging affordable housing overlay and housing loss mitigation ordinances were brought up by several of the commenters during the public hearing.

Council Chair Chris Wharton told us that before it votes on the RMF-30 proposal, the council will hold a more comprehensive housing discussion in November to examine how the other two pieces of legislation relate to it and community concerns. The administration will update the council of the progress of the affordable housing overlay and the “no net loss” mitigation ordinance.

Wharton says he will schedule a vote on RMF-30 in late November.

A mandatory inclusionary zoning provision is “not off the table” for the affordable housing overlay, Wharton asserted – noting that several council members have expressed interest and that it was an issue for Mayor Mendenhall in her successful election campaign last year.