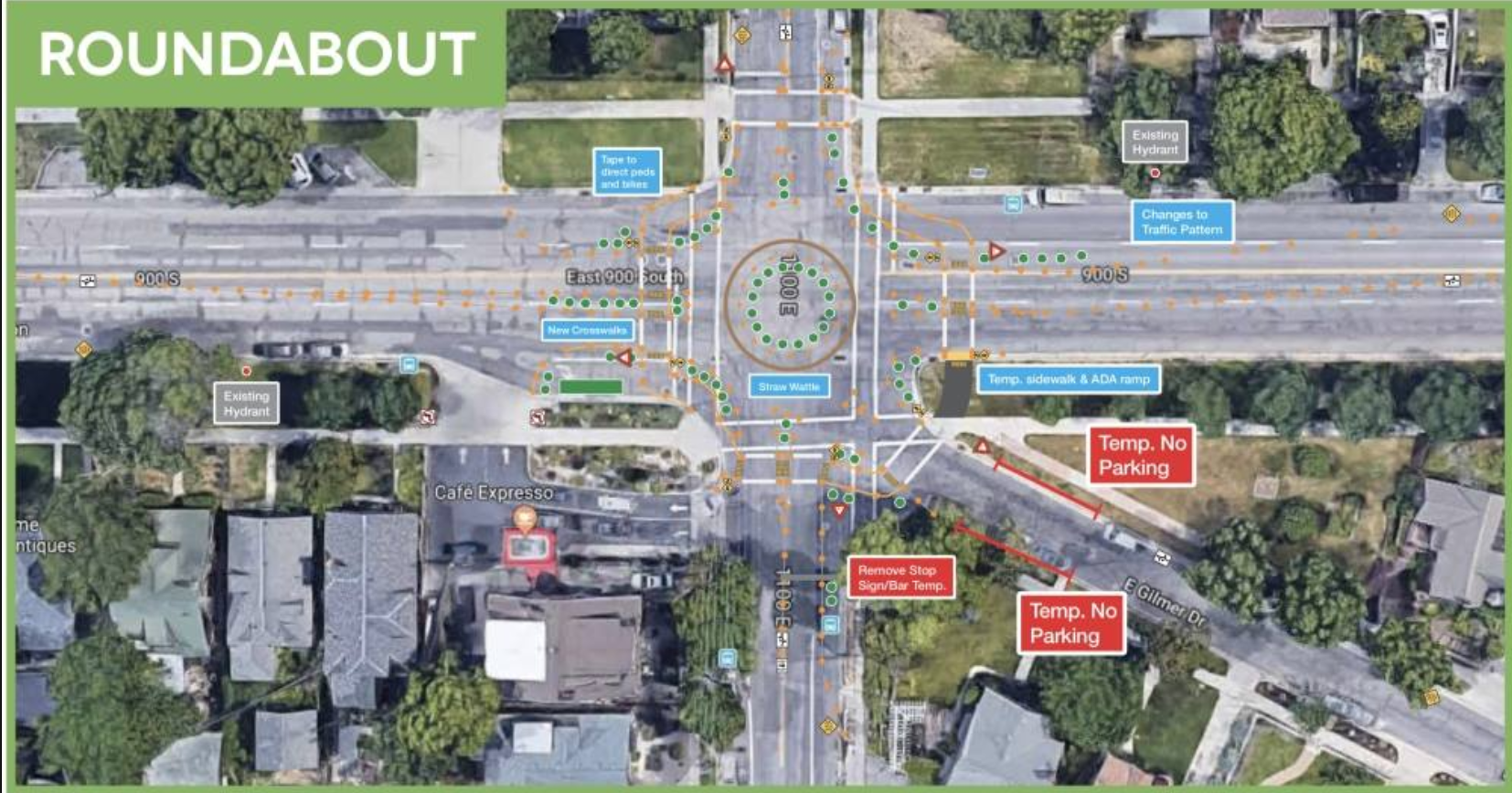 The 200 East and 900 South corridors are poised for significant makeovers as the city seeks to repair and improve many of its streets.  City transportation officials are reaching out to the public for guidance on how to best reconfigure lanes on 200 East and have launched a public survey to gather public input.

The 200 East reconfiguration is part of the Life on State Street Implementation Plan that according to the city, seeks to make the State Street Corridor “a model for sustainable street design, urban design and planning.”

The State Street plan is still in development with a potential action plan released later this year.  The city has held several workshops and is still collecting feedback from residents through an online survey.

According to city staff, the purpose of the 200 East reconfiguration is to begin to implement some more immediate changes that meet the goals identified in the Life on State plan.  Additionally, as State Street is a state-owned corridor any changes to the street’s configuration will require UDOT and state support.  As 200 East is city-owned, transportation staff can implement changes to lane configurations more quickly as non-city agencies will need to be involved.

The 200 East Corridor currently has five lanes, with two lanes in each direction and a center turning lane.  Transportation officials are looking for ways to improve 200 East to increase safety along the corridor, better accommodate active transportation users, implement the Pedestrian and Bicycle Master Plan and increase parking for State Street businesses.  Officials plan to add new street overlay and restriping with potentially new lane configurations in spring 2019.

In 2019, the city also plans to start construction on the 9-Line Trail portion on 900 South from Lincoln Street (950 East) to 1300 East. The first phase of the 9-Line is an urban trail that runs along a former rail corridor between Redwood Road and 700 West, ending at the recently opened 9-Line Bike Park.  The city’s goal is to extend the 9-Line to the Bonneville Shoreline Trail and Emigration Canyon.  The only other portion of the 9-Line that is already completed is bikeway on the north side of Sunnyside Avenue from Guardsman Way to Arapeen Drive.

On the four blocks of 900 South between Lincoln Street and 1300 East, city officials propose constructing a protected two-way bike path (or cycle track) along the south park strip and adding new bulb-outs at the intersections to shorten the distance of pedestrian crossings.  The street will retain its on-street parking, but the lanes will be reduced from four to three, with one lane in each direction and a center turn lane.  Because of the significant incline between McClelland to 1300 East, the cycle track along this portion will be one-way and reserved for cyclists going east, or uphill.  An on-street bikeway will be located on the north side of the street for cyclists going west, or downhill.  Based on resident feedback, transportation staff is redetermining the best layout for McClelland to 1300 East.

The city also plans to improve the five-way stop at intersections of 900 South, 1100 East and Gilmer Drive.  After experimenting with temporary, or pop-up, installations of three alternatives, the city has identified a roundabout as the preferred alternative.  If funding is not available, the city will have Gilmer enter onto 1100 East.  The East Liberty Park Community Organization (ELPCO) has released a survey to further gauge community preference for the two proposals.