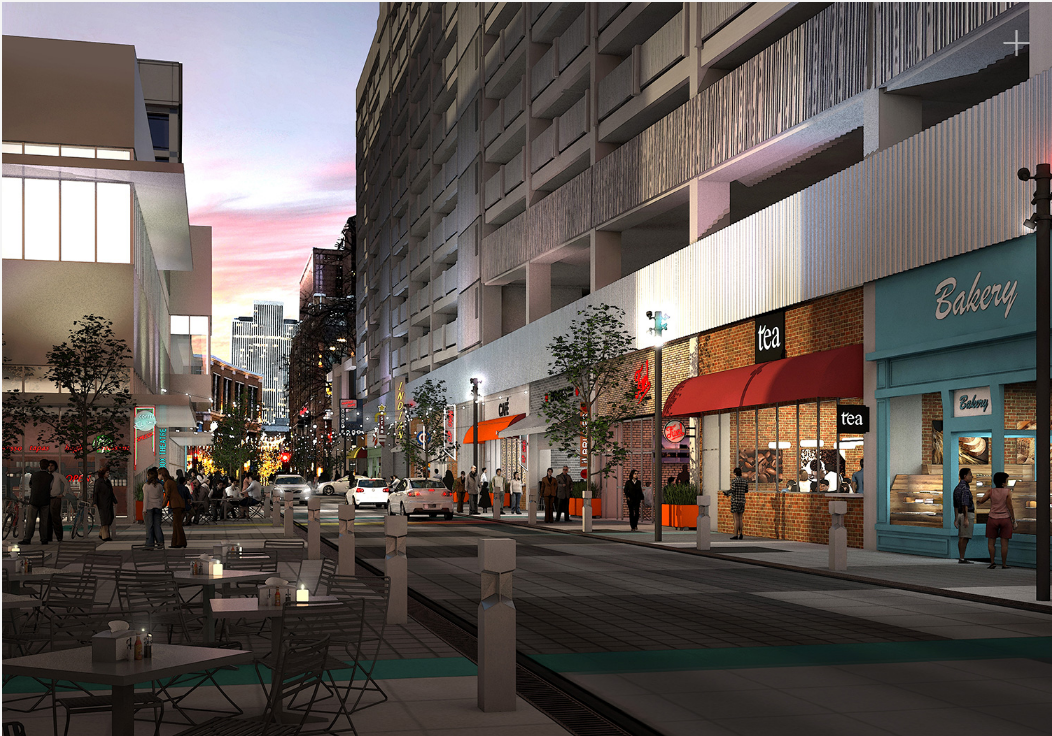 While the new lights may not be red, Salt Lake’s former red-light district could soon be illuminated with new signage.  On Wednesday the Planning Commission voted to forward a favorable recommendation to City Council for a zoning text amendment to create a signage overlay district for the Eccles Theater block (the block bounded by Main and State Streets and 100 and 200 South).

According to the city’s zoning code, signage overlay districts “have common design elements that can be complemented and enhanced through the use of special signage.”

The signage district for the Eccles block is intended to create thematic placemaking, especially along the 100 South block of Regent Street, that incorporates the theater, improvements to Regent Street, current and future retail and the anticipated Regent Street Hotel.

The applicant for the zoning amendment is Utah Property Management Associates (UPMA), a subsidiary of Property Reserve Inc. the real estate arm of the Church of Jesus Christ of Latter-day Saints.  UPMA owns the off-white concrete building on the southeast corner of the intersection of Regent Street and 100 South and the adjacent Regent Street Garage, a ten-story parking garage that occupies a significant portion of the of the east side of the block.

Rebecca Delis, property manager for UPMA wrote to planning staff that UPMA is upgrading its properties on Regent Street in conjunction with the addition of the Eccles Theater and the city’s upgrades of Regent Street.

According to Delis the proposed new signage will, “not only help the public to find their way in this new environment but will add to the ambiance of this new theater district.”

Delis described the design of the new signs as “reminiscent of the historic theaters of the area, creating a nostalgic experience.”

The initial enhancements to Regent Street are slated to be finished by fall 2016, the same time that the George S. and Dolores Doré Eccles Theater and 111 Main will officially debut.

Improvements to Regent Street will include an enhanced streetscape that is both pedestrian and car friendly, a pedestrian plaza that connects to Main Street and public art designed to attract visitors and create a sense of place.

Although the Regent Street Garage and Eccles Theater occupy the largest portions of Regent Street, other property owners on the block are updating their properties.  UPMA is updating the office building at the southeast corner of the 100 South and Regent Street intersection.  The building, that previously greeted pedestrians on Regent Street to a concrete wall, will be opened up on the ground floor with large windows and increased street engagement.

Popular restaurants on Main Street like Eva’s Bakery and Lamb’s Grill plan to utilize their connection to Regent Street by including a separate entrance to their establishments from the street or create a separate culinary offering altogether that solely fronts Regent.

Construction is expected to start next year on the Regent Street Hotel, a proposed 22-story mixed-use development that will include a hotel, ground floor retail and residential units by Form Development.  The Regent Street Hotel, planned for the northeast corner of the intersection of Regent Street and 200 South, will incorporate the historic Felt Electric building, a building with an eclectic history that includes being a brothel, cigar store, home of the Felt Electric Company and attorney’s offices.