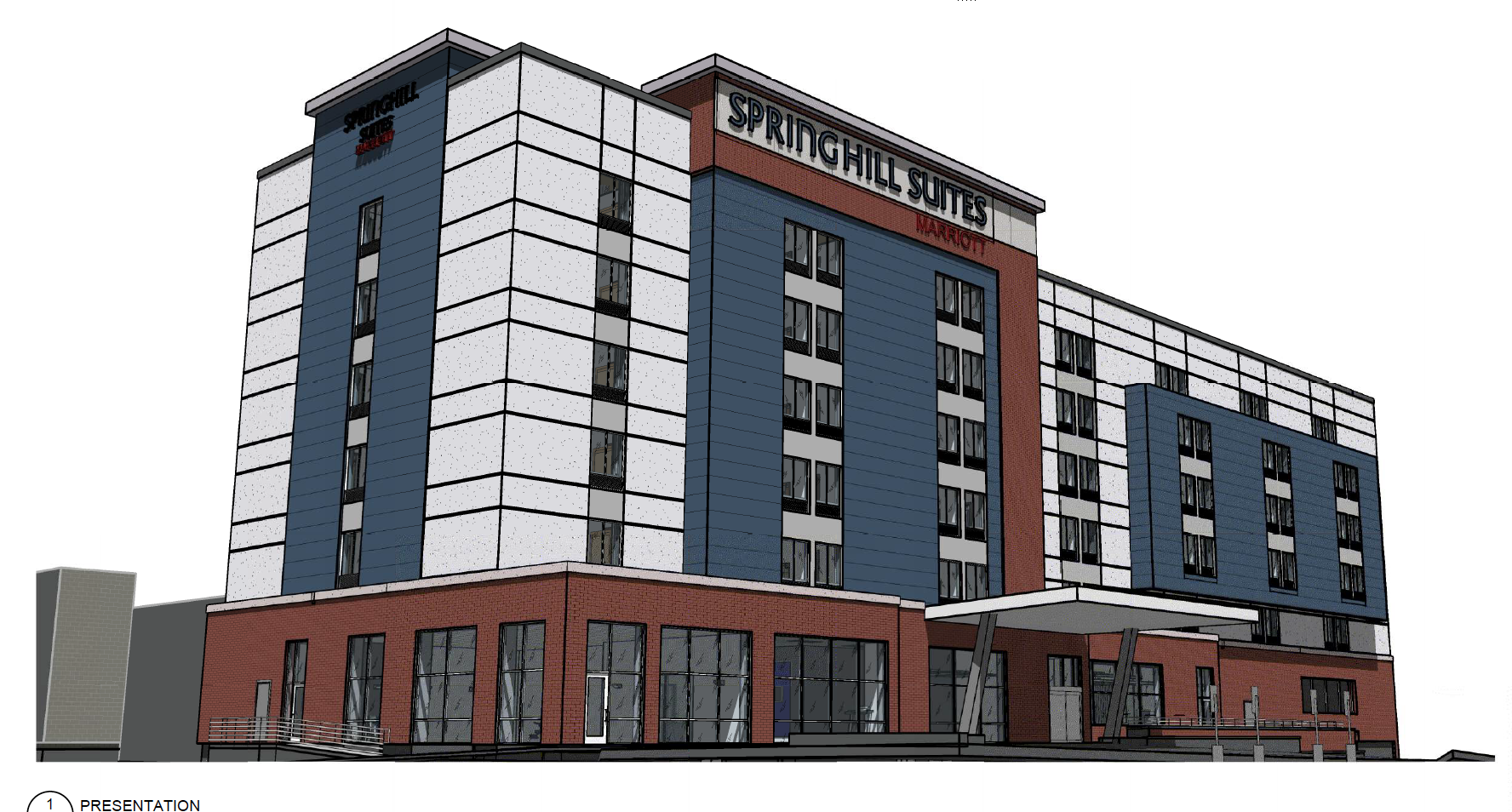 The Sugar House Central Business District has nearly all of the amenities found in a strong urban center: a mix of higher density residential, retail, dining, nightlife and office space.  One component of a strong CBD that the Sugar House neighborhood currently lacks is hotel offerings.

Prolific Sugar House developer, Woodbury Corporation, plans to build add that component.  Woodbury is partnering with the Dees family to build a Springhill Suites Marriott hotel on a surface parking lot directly east of the former Toys “R” Us building in the Sugar House Shopping Center.

The Dees family owns over 10 acres of the Sugar House block that includes the site of the proposed hotel, the Sugar House Shopping Center and all but one of the block’s fast food and chain restaurants.  The hotel is the first phase of the redevelopment of the shopping center properties.  Over the next two decades, the Dees family plans to work with Woodbury to incrementally redevelop the suburban-style retail area into a mixed-use urban node.

The Marriott hotel will be six stories and will have 125 rooms.  The project will have two levels of structured parking below the hotel that will be accessible from Wilmington Avenue.  The project also includes several surface parking stalls directly east of the hotel.

The developers are requesting Planned Development and Conditional Building and Site Design Review approval from the city.  Representatives went before the Sugar House Community Council during the council’s September 7th meeting.

The developers have previously presented to Sugar House Community Council’s Land Use & Zoning committee.  Based on feedback from that meeting, the developers have added several new features to the design.  At the request of several residents, an eight-foot walkway will separate the former Toys “R” Us building from the hotel and will provide another pedestrian access point to the shopping center from Wilmington Avenue.  The walkway will have a gradual slope so that it will not require stairs and will be ADA accessible.

“This is a huge amenity that we have been pushing for,” said Amy Barry, the Sugar House Community Council chair, of the proposed walkway.

The current pedestrian access point is stairway directly west of the Taco Bell.  A second stairway that connects the Taco Bell property to the shopping center will be retained but the developers are working with Taco Bell to enhance the landscaping adjacent to the stairway.

The hotel will include standard amenities like a pool and fitness area.  There will be an outdoor dining area on the east side of the building.

Sugar House has just one hotel in its urban center, Extended Stay America, a two-star hotel on 1200 East block of 2100 South.  The Extended Stay hotel is designed for longer stays and the hotel was built with a suburban aesthetic, with a significant setback from the sidewalk, rooms accessed from the outside and surface parking surrounding the hotel.