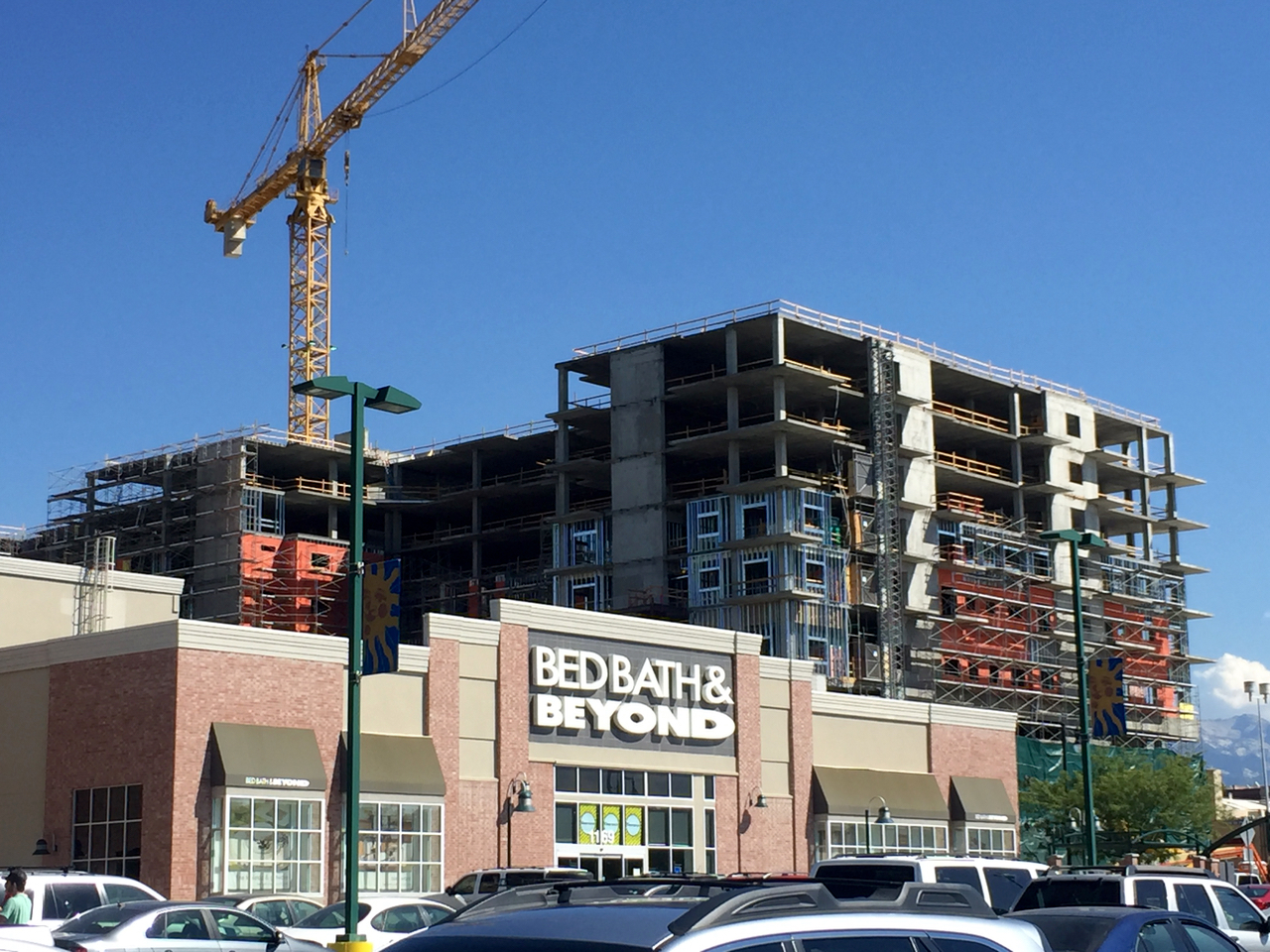 Building height in Sugar House has been a contentious issue.  As residents worked with the developers of the Sugarmont Apartments to reduce the project’s original proposed height of 10-stories, just a block construction was already underway on the neighborhood’s first 10-story residential project on Wilmington Avenue.  That project, Legacy Village, is almost topped out and can be seen from various points in Sugar House.

Legacy Village, a mixed-use development, will include 12,800 square-feet of ground-floor retail along Wilmington Avenue and 268 luxury residential units.  Housing will be geared towards seniors and will include a mix of Independent Living, Assisted Living and Memory Care.

The neighborhood, with its proximity to Interstate 80, the S-Line streetcar and greenway and the ample parks and public space has made it one of the most desired places to live in the Salt Lake Valley.  The demand for higher-density development has clashed with many long-time residents wanting to maintain the neighborhood’s historic character.

In June, the City Council reduced the maximum building height allowed under the newly adopted, Sugar House Streetcar Corridor Master Plan.  The height reduction was in response to neighbor’s concerns and several years of back and forth between the city and Sugar House residents.  The plan’s original proposal would have allowed heights up to 10-stories, instead of the 6-7 story height limit currently allowed, for sections of properties along the S-Line streetcar and the 700 East and 2100 South intersection.

Building heights up to 10-stories are only allowed in the Sugar House Business District zone which encompasses the blocks bounded by McClelland to 1300 East and 2100 South to Interstate 80.  These blocks are predominantly commercial and included several large surface parking lots that could be the future home of some of the city’s next 10-story buildings.