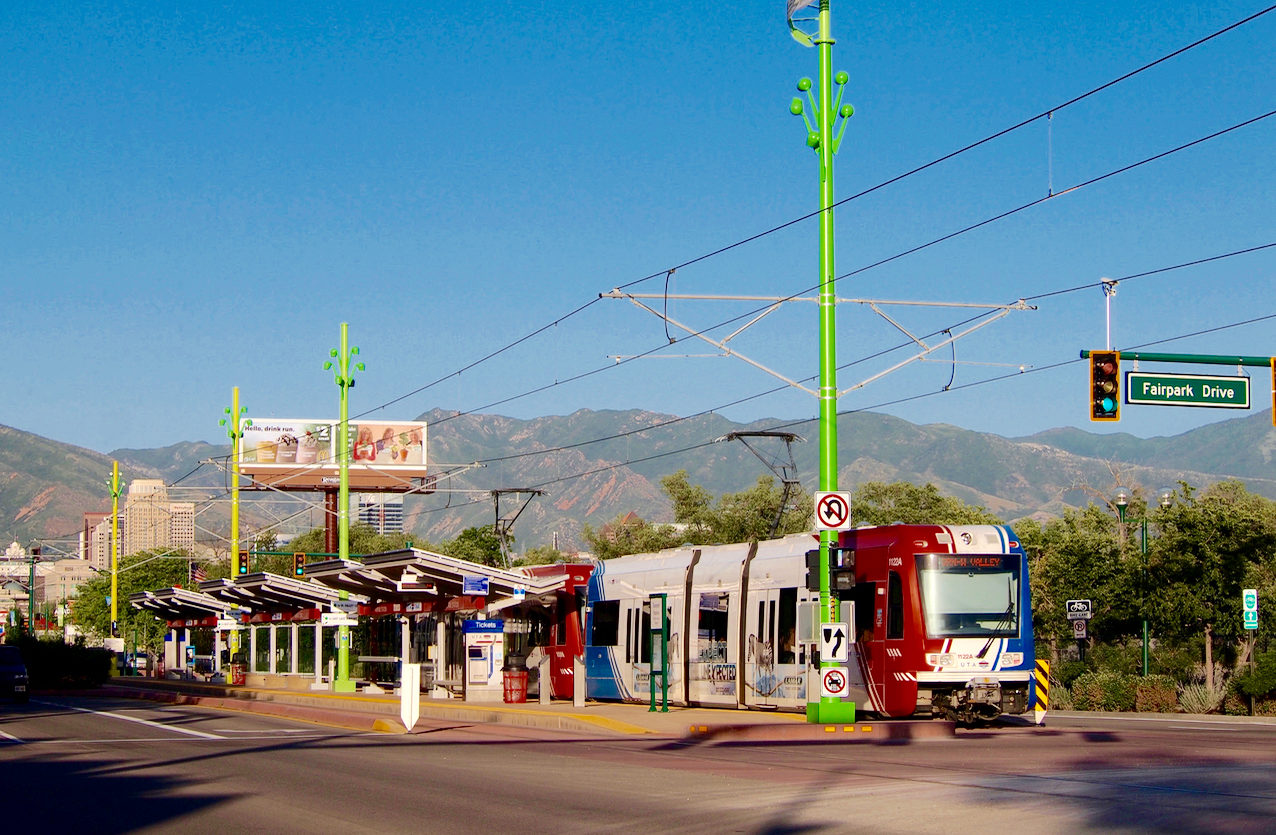 Several city leaders and residents from Salt Lake City’s west side are taking the proactive approach in making their neighborhood safer and welcoming.  The group recently launched the Restore North Temple, a collaborative project that aims to guide development, unite communities and improve safety along the North Temple Corridor from 600 West to Redwood Road.

“Restore North Temple is not just for residents,” said Jade Sarver, treasurer of the Fairpark Community Council. “It’s really for anybody who would bike, drive, shop, or commute (here).”

The project began as an effort led by Sarver in response to community interest in economic development on the west side.   The group is led by a coalition representing multiple westside stakeholders, including both Fairpark and Poplar Grove Community Councils, West View Media and NeighborWorks Salt Lake.

“With a project this large, I don’t think it’s appropriate for one group to take it on.” Server said.

The initiative officially launched the first Tuesday of August during the National Night Out Against Crime and focuses on “10 pillars of success” that address a variety of concerns and perceived challenges the area faces.

These propositions aim to support the long-term health of the corridor, provide a voice for residents and business leaders, rally for funding from the city when needed and to subdue pressing concerns, such as criminal activity.

The leaders behind this project hope it will help balance incoming development with equitable growth that will benefit residents in the long run.

The mission of the Restore North Temple project is to help see that “Grand Boulevard” vision come to fruition.

Growth has started to materialize on the corridor.  Close to 1000 new residential units have been built, proposed or are under construction along the North Temple corridor since the TRAX line opened.

Sarver noted that even though the TRAX line has played a role in attracting interest from developers, it hasn’t necessarily yielded positive results for business on North Temple so far.

“Once the TRAX line went in… it had a negative impact with businesses going out,” said Sarver. “But there really wasn’t a replacement strategy.”

According to Sarver, certain aspects of the proposed changes to the TSA zoning could negatively impact the corridor as well.

He suggested that incentivizing high ratios of affordable housing in developments along North Temple would result in an even greater concentration of poverty on the Westside.

“Not all TSA zones are created equally, (but) the city wants form-based zoning to be equal across both 400 south and across North Temple,” said Sarver.

Funding is in place for a 1,200 foot long, ADA accessible pedestrian and cyclist bridge, spanning active rail lines between North Temple and 200 South.  The bridge is set to open in 2017.

Not only will the bridge, set to open in 2017, close one of the last remaining gaps in the Jordan River Parkway Trail, but it will also provide westside communities with direct connections to transit, retail, and employment along the North Temple corridor.

Construction of another project, a proposed 10,000 seat, $17 million arena, is expected to start next year at the Utah State Fairpark.

The Fairpark Community Council, State Senator Luz Escamilla and Representative Sandra Hollins all played a vital part in building support from the Governor’s office to move these projects forward.

Fairpark residents hope that the arena becomes a catalyst for economic development on the west side and activates the Fairpark year-round, by hosting large concerts, festivals, and other special events.

In the end, Sarver stated that this area is poised for growth, and Restore North Temple is intended to ensure that residents are included in harnessing that growth by ensuring that new developments align with the goals of the Fairpark and Poplar Grove Community Councils.

“If I could boil (Restore North Temple) down into two things: it would be less crime, more business,” said Sarver.